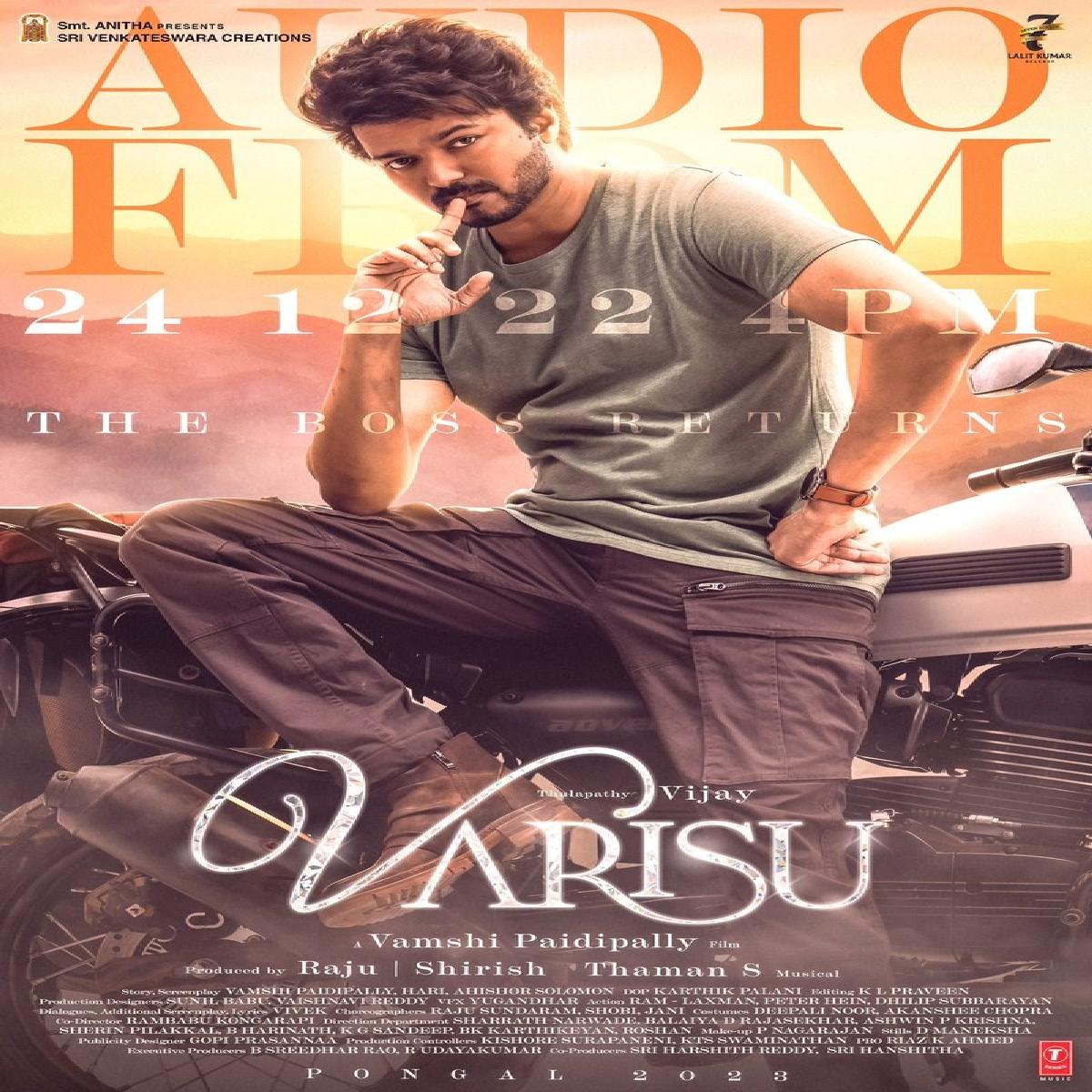 The film stars Vijay and Rashmika Mandanna, helmed by Vamshi Paidipally who wrote it with Hari and Ashishor Solomon. Produced by Dil Raju, Sirish under Sri Venkateswara Creations and PVP Cinema. The music is composed by Thaman S, cinematography is handled by Karthik Palani and editing by Praveen K. L.

The film depicting Vijay as a young man in the character of a business tycoon. He meets his love while managing his father's empire. The film also stars Prakash Raj, Khushboo, Shaam, Srikanth, Yogi Babu, and R Sarath Kumar.

Varisu will hit the theatres on January 12, 2023, during Pongal and will clash with the release "Thunivu" starring Ajith Kumar and Manju Warrier.