Varun Dhawan Has A Working Birthday 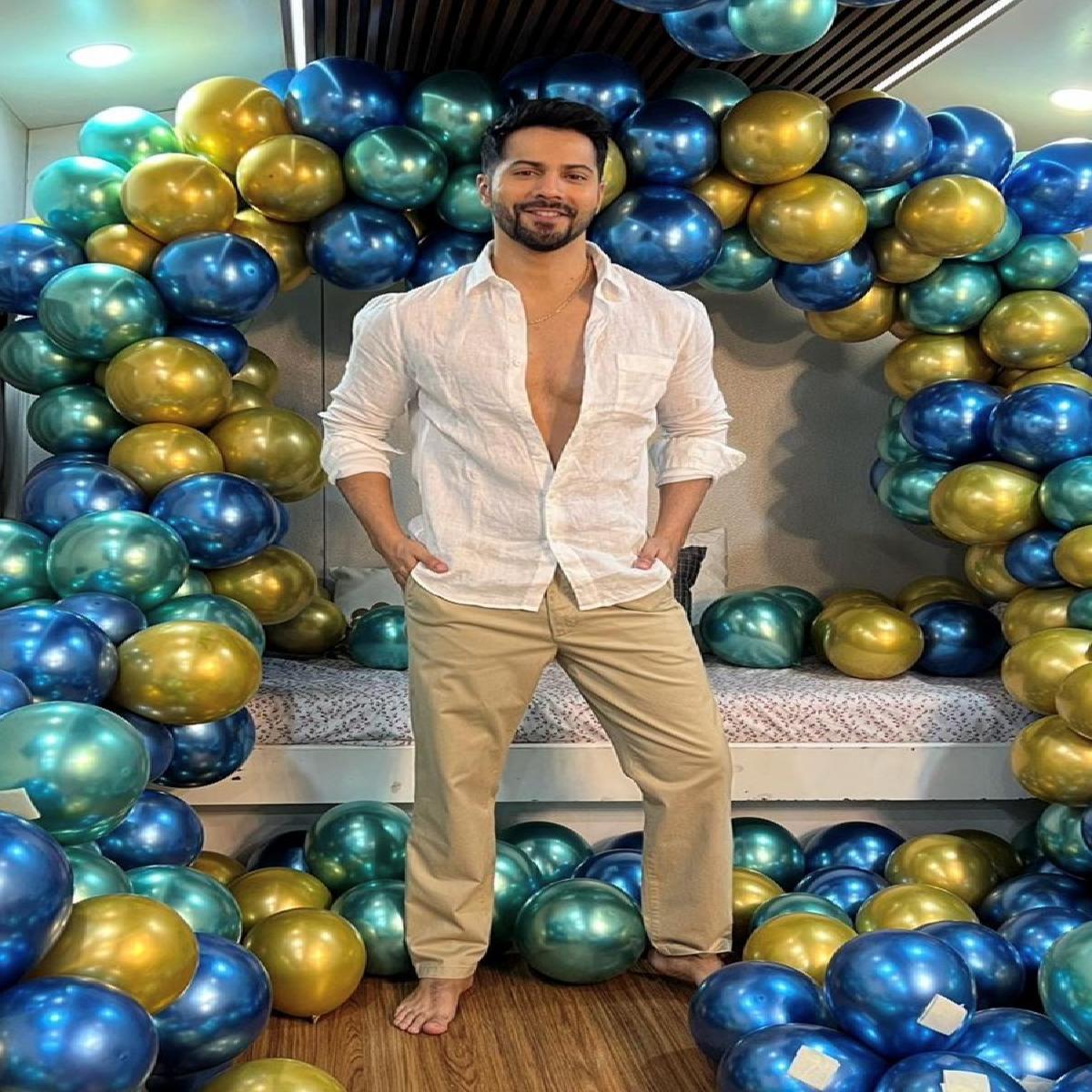 Bollywood's heartthrob Varun Dhawan is celebrating his 35th birthday on the sets of his upcoming film 'Bawaal', today.

Taking to his social media handle, Varun dropped a picture of himself from his vanity van which was decorated with blue and golden balloons. Donning a white linen textured shirt paired with a pair of beige pants, the 'Student Of The YeStudent Of The Yeaar' actor shared how he spent his last two birthdays at home and is excited to be on a film set for his 35th birthday.

He captioned it, “It ain’t my sweet 16, but super happy to spend this bday working. The last 2 birthday were spent at home but feels great to be out here on set getting up at 530 in the morning and reporting to a @niteshtiwari22 set #bawaal. 2022 is special for me with #jugjuggjeyo and #bhediya set for release”

Actor Varun along with Janhvi Kapoor is shooting for filmmaker Nitesh Tiwari's directorial 'Bawaal, the film is produced by Sajid Nadiadwala, the movie will be released on 7th April 2023.