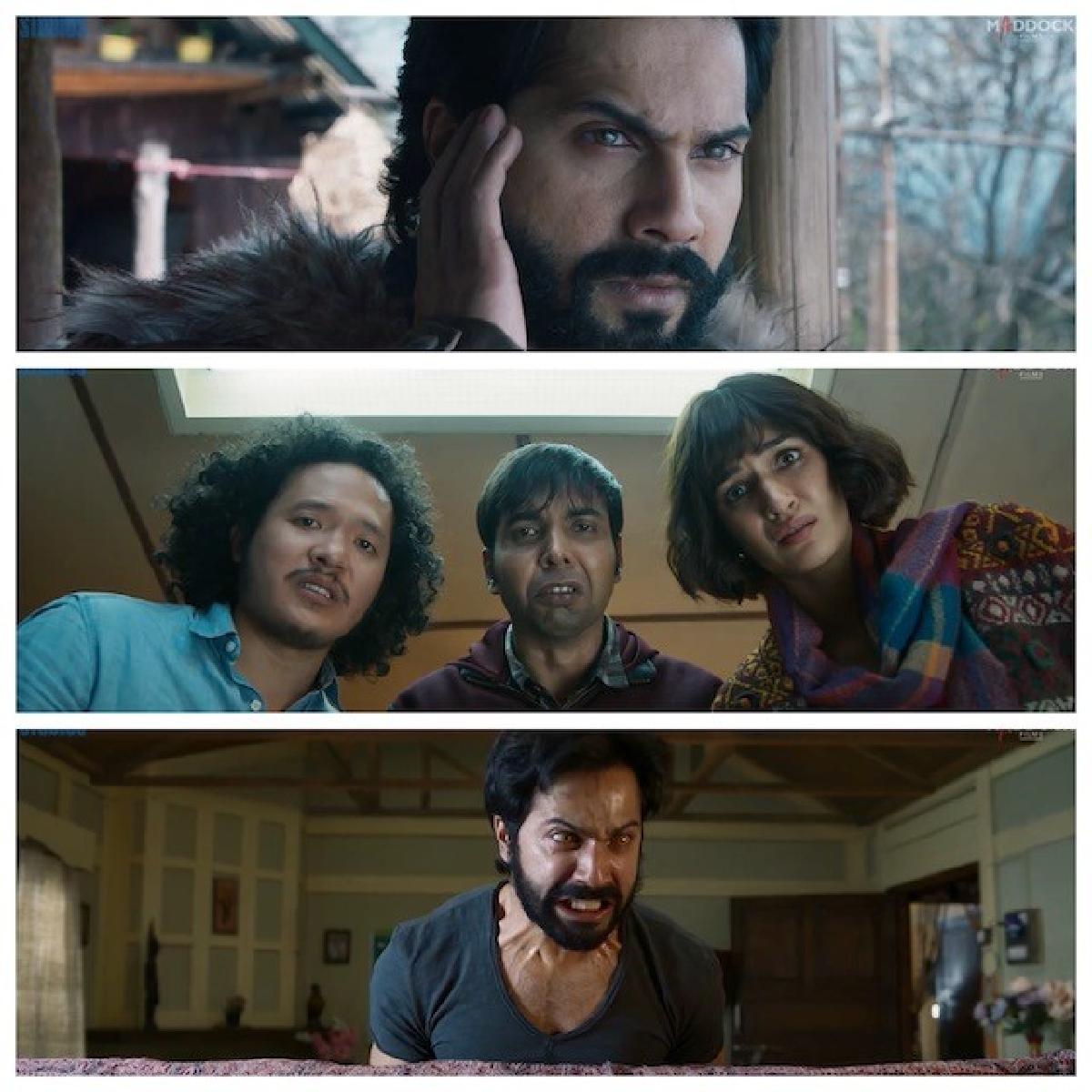 First ever creature comedy, titled Bhediya starring Varun Dhawan and Kriti Sanon in the lead roles, the first official trailer for the film is out.

Helmed by Amar Kaushik, the trailer for the film will you surprised, shocked, scared and amused. As a wolf bites Varun Dhawan one night and after that, he develops wolf instincts slowly. Later, he turns into an actual wolf every night and becomes menacing.

Kriti Sanon aka Dr Anika is his doctor and the trailer gives us a glimpse of how terrifying it can be for someone if he turns into a wolf every night. Varun looks impressive in the trailer itself and so does his transformation for the part.

The film also stars Deepak Dobriyal, Abhishek Banerjee and Paalin Kabak. The film is shot in the regions of Arunachal Pradesh, and makers have kept majority of the artists in Bhediya are from Arunachal Pradesh, including a lead character, named Jomin. Besides that, rapper K4 Kheko has sung and written the lyrics for the theme song of the film.

Produced by Dinesh Vijan, the film is set to release on November 25.