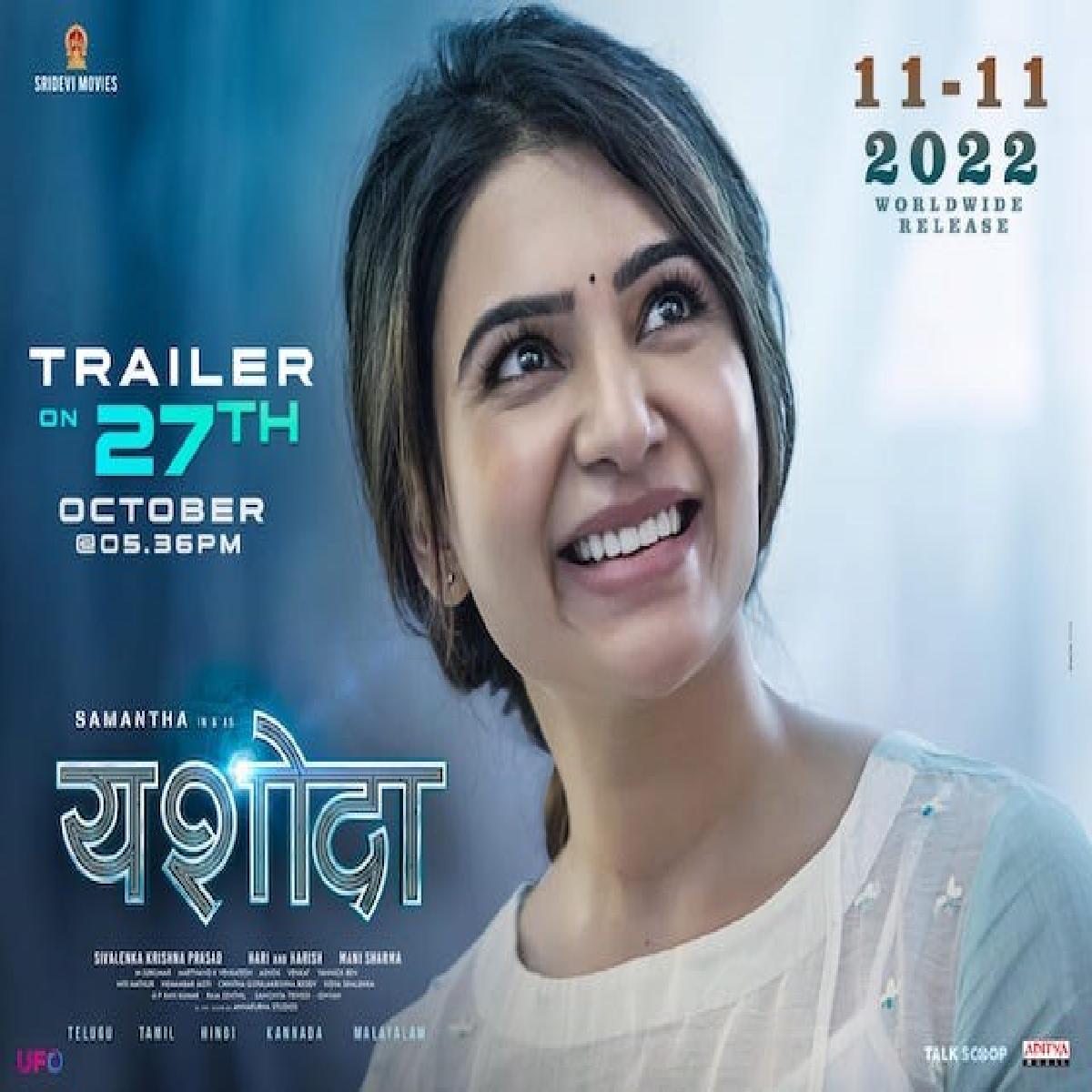 As Pan-India female Superstar Samantha gears up for her first Hindi theatrical release Yashoda on 27th October, biggest Superstars from across the nation join hands to unveil the trailer. The list goes by Vijay Deverakonda in Telugu, Suriya in Tamil, Rakshit Shetty in Kannada, DulQuer Salman in Malayalam and Varun Dhawan in Hindi.

Amidst the huge buzz on the biggest female-led pan-India theatrical film Yashoda, the makers of the film are leaving no stone unturned to hype the expectations as the trailer will be unveiled nationally with some of the biggest names of the Indian entertainment industries.

Turning into a national sensation with the blockbuster success of her song 'Oo Antava' from Pushpa and earning accolades for her remarkable performance in the much acclaimed show 'The Family Man',  Samantha is gearing up for her first appearance on Hindi theaters with Yashoda.

Earlier the makers of the film dropped the teaser introducing the audience to the world of Yashoda, played by Samantha leaving everyone intrigued with the dark and thrilling backdrop of a pregnant woman fighting against all odds.

Playing a gritty Pregnant role in this edge-of-the-set Action Thriller, glimpse of Samantha's Action stunts as Yashoda stunned everyone earlier.

Directed by Hari and Harish, Yashoda is produced by Sivalenka Krishna Prasad under the banner of Sridevi Movies and is set to release on 11th November 2022.