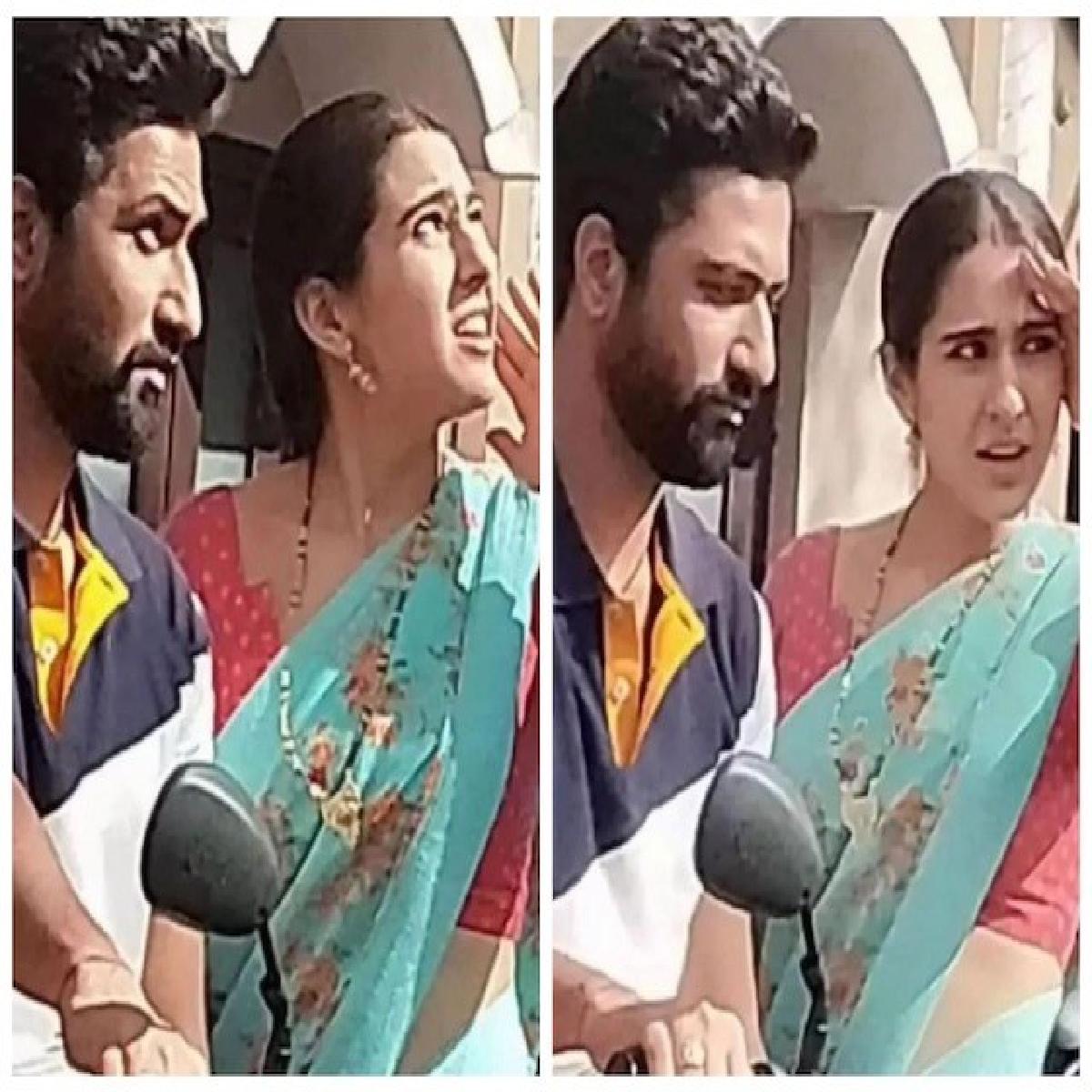 Recently, a few pictures surfaced on social media from the sets of the film in which Sara could be seen donning a beautiful blue and red saree and sporting a mangalsutra and bangles. Vicky, on the other hand, could be seen riding a bike in his casual outfit.

Helmed by the ‘Mimi’ filmmaker Laxman Utekar the official release date of the film is still awaited. Earlier this year, Sara Ali Khan unveiled the first look poster of the film in which she could be seen along with Vicky Kaushal. The film marks Vicky and Sara’s first on-screen collaboration.

Touted to be a romantic drama, the untitled film was mostly shot in Madhya Pradesh. The film will also feature veteran actor Rakesh Bedi in a pivotal role.

Meanwhile, Vicky was last seen in a biopic drama film ‘Sardar Udham,  he will also be seen in Karan Johar’s next comedy film Govinda Naam Mera’ along with Bhumi Pednekar and Kiara Advani. Helmed by Shashank Khaitan, the film will stream exclusively on Disney+ Hotstar.

Apart from that he also has director Meghna Gulzar’s next period biopic film ‘Sam Bahadur’ alongside Fatima Sana Sheikh and Sanya Malhotra.

Sara, on the other hand, will also be seen in an upcoming thriller ‘Gaslight’ opposite Vikrant Massey and Chitrangada Singh and in Karan Johar’s next period film ‘Ae Watan Mere Watan.’