Vicky Kaushal And Sidharth Malhotra On Koffee With Karan 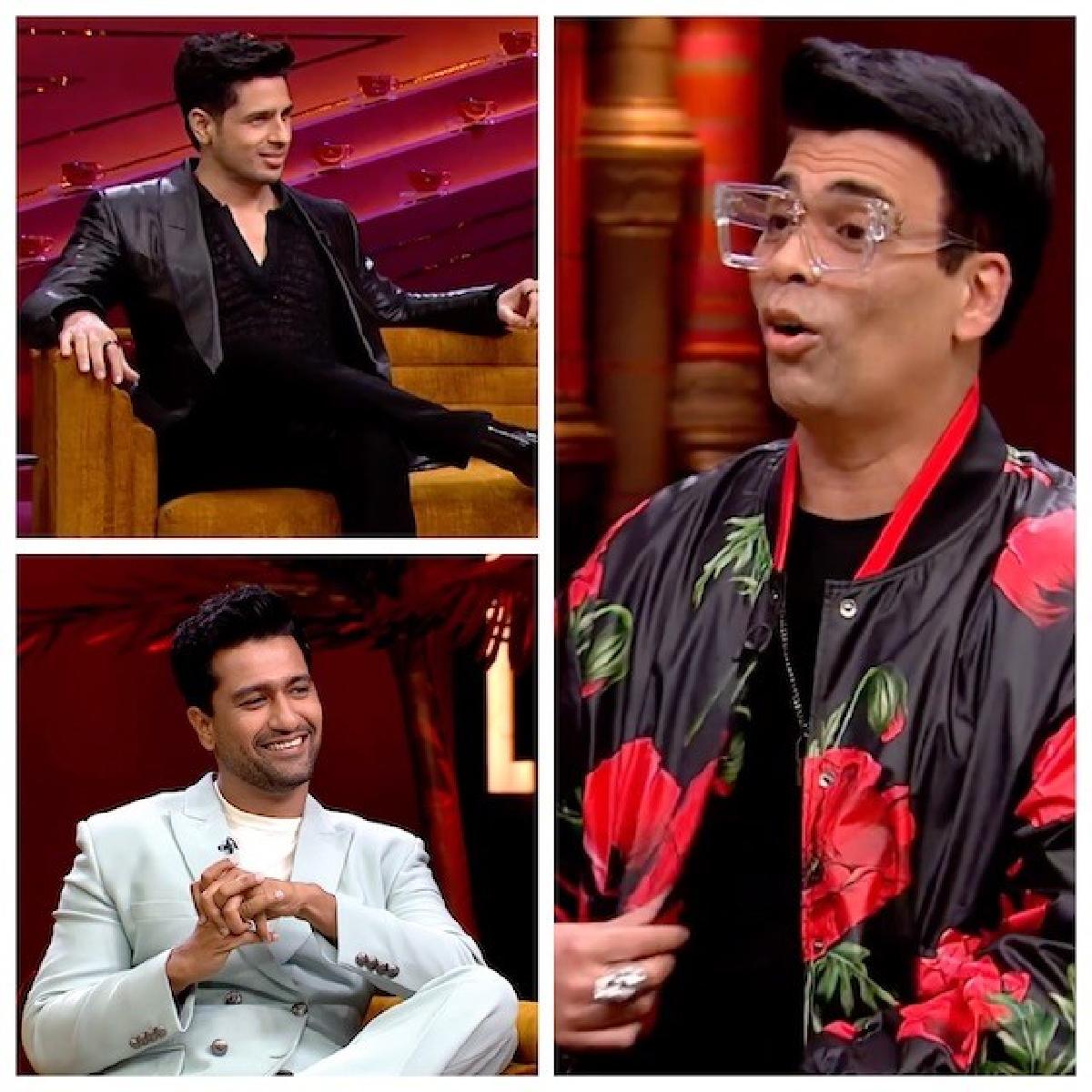 Newlywed Vicky Kaushal, whose love story became public during his last visit on the show, looks dapper and stylish in the promo, while Sidharth Malhotra, who is dating Kiara Advani, is grilled by host Karan Johar on Koffee With Karan Season 7.

Sharing a teaser from the episode, Karan Johar wrote, “They're the men of the moment and they're bringing the full Punjabi feels to the Koffee couch! Manifesting a spicy brew this time around, Watch the seventh episode of #HotstarSpecials #KoffeeWithKaranS7 streaming from 12:00am this

Thursday only on Disney+ Hotstar. @disneyplushotstar @sidmalhotra @vickykaushal09 @apoorva1972 @jahnviobhan @aneeshabaig @dharmaticent” In this episode, Vicky Kaushal talks about being married to Katrina Kaif, and Sidharth about dating Kiara Advani.