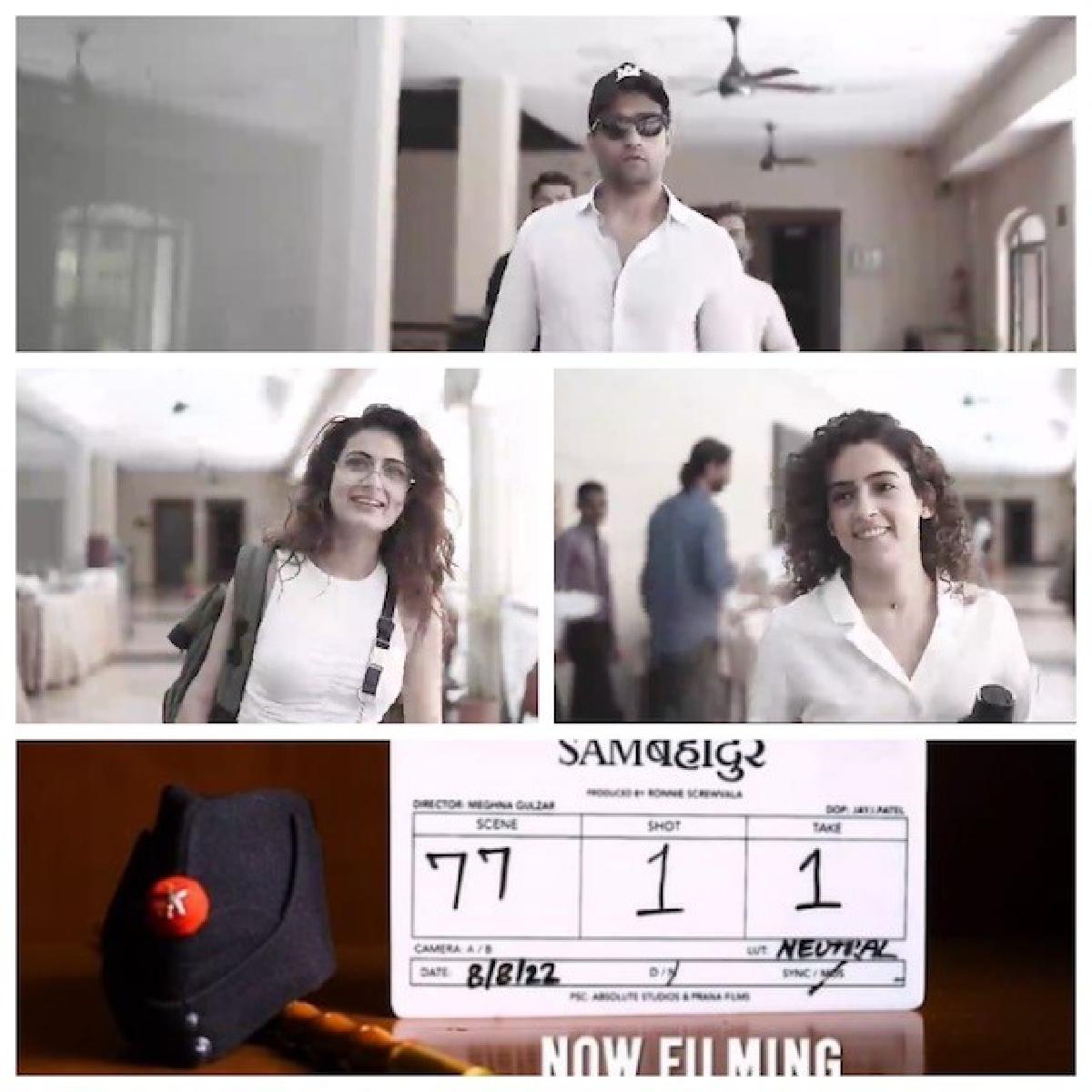 In the last update, we told about the entire team of Sam Bahadur was getting the final script reading session complete, and now the film has gone on the floors.

The official handle of RSVP movies dropped a video post, about the prep and first day of shoot. The caption read, “Only Gratitude as we set out on this extremely special Journey... #SamBahadur Now Filming We are thankful for your continued support @adgpi @IAF_MCC @indiannavy

Sam Bahadur is a biopic drama based on Field Marshal Sam Manekshaw.  The film is helmed by Meghna Gulzar, starring Vicky Kaushal, Sanya Malhotra and Fatima Sana Shaikh in the lead roles

Sam Manekshaw’s military career spanned four decades and five wars. He was the first Indian Army officer to be promoted to the rank of Field Marshal and his military victory in the 1971 Indo-Pak war led to the creation of Bangladesh.

Vicky Kaushal and Meghna Gulzar earlier worked together in the 2018 film Raazi. Whereas Sanya Malhotra and Fatima Sana Shaikh debuted with Dangal and now collaborating for Sam Bahadur.

Produced by Ronnie Screwvala, based on the life of Sam Manekshaw, the film is slated for 2023 release