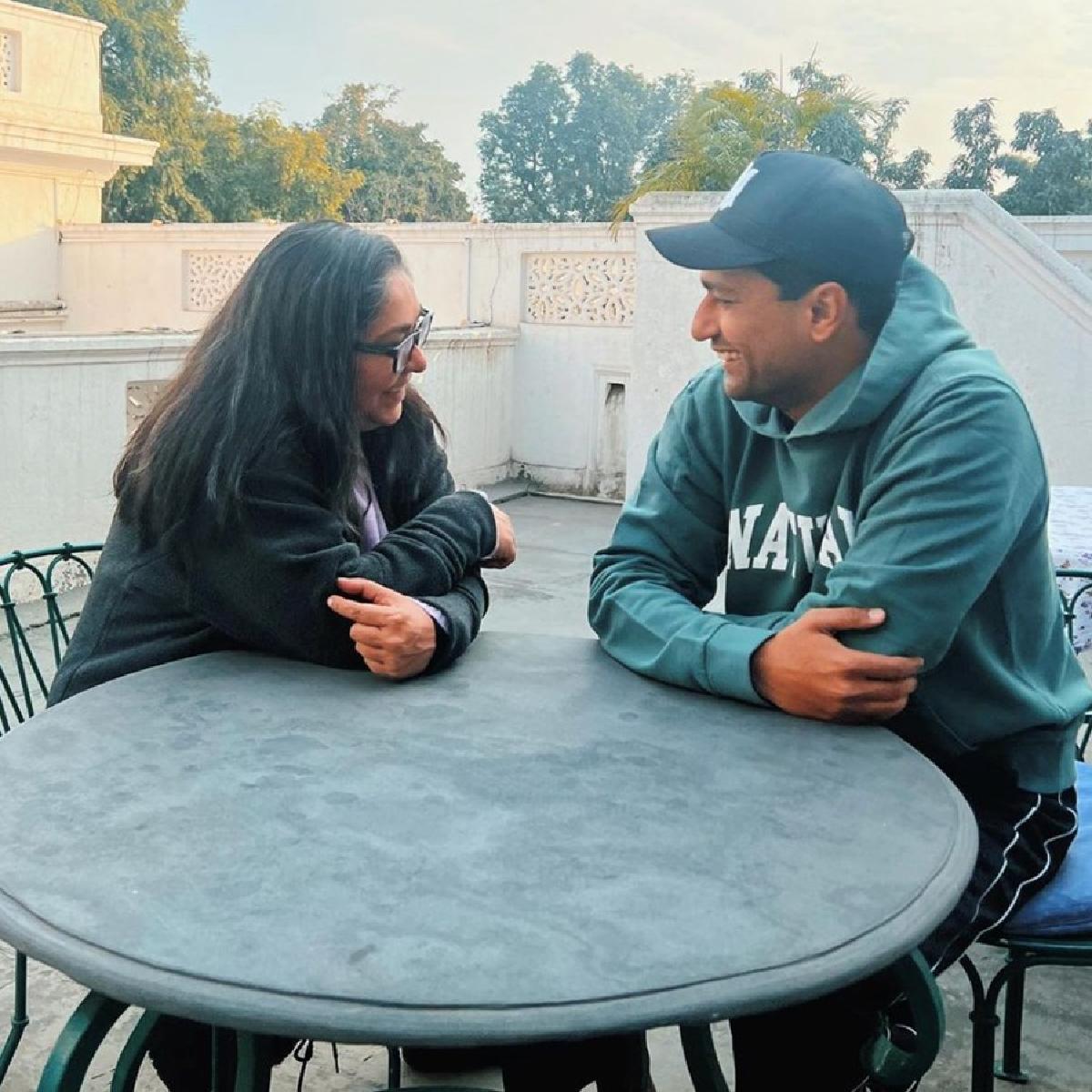 Vicky posted a picture with filmmaker Meghna Gulzar and recalled how badly he wanted to play Field Marshal Sam Maneckshaw in the director’s Sam Bahadur.

The Sam Maneckshaw biopic would be Vicky’s second film with Meghna as they had earlier teamed up for the spy-thriller Raazi, also starring Alia Bhatt, which shot him to instant fame.

Vicky Kaushal wrote, “6 years ago, in 2017, while Shooting for ‘Raazi’ here in Punjab, on this very terrace…@meghnagulzar briefly mentioned #SamBahadur for the first time, as one of her future projects. Quietly in my heart, I sent out a wish to the universe…to one day be considered for the role...Today…sitting on the same terrace with Meghna, as we are set for an all-nighter, shooting for a beautiful episode from Sam’s life. Living Sam is probably the most magical journey I’m on as an Actor!”

Director Meghna Gulzar also replied to the post, she wrote, “Couldn’t have asked for a better deja vu @vickykaushal09!”

Sam Bahadur, which also stars Fatima Sana Shaikh and Sanya Malhotra, is a biopic based on  the life of India's first field Marshal, Sam Manekshaw.

The team is busy wrapping the final leg of the shoot, as the film is slated for 1stDecember 2023 release.