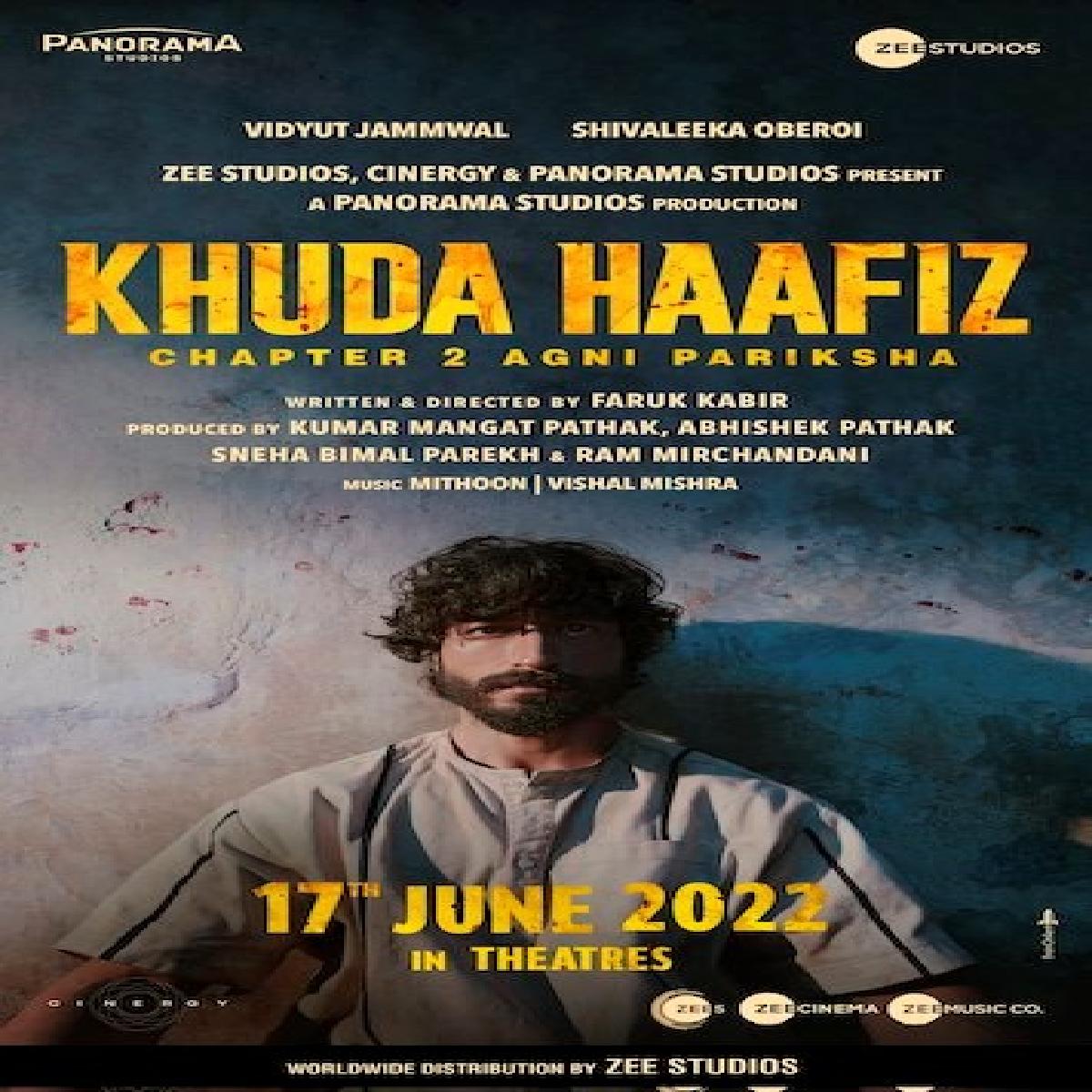 Actor Vidyut Jammwal drops the first look poster of Khuda Haafiz II Agni Pariksha and confirms the release date of the film as well. The film will have theatrical release on 17th June 2022.

Khuda Haafiz: Chapter 2 – Agni Pariksha is a sequel to the 2020 film Khuda Haafiz. The film is written and directed by Faruk Kabir and produced by Kumar Mangat Pathak and Abhishek Pathak under the banner of Panorama Studios. It stars Vidyut Jammwal and Shivaleeka Oberoi.

Vidyut Jammwal’s debut production movie, IB71 under his home banner Action Hero Films, is helmed by National Award-winning filmmaker, Sankalp Reddy for a first-of-its-kind espionage thriller. The film is based on a true incident of how Indian Intelligence Officers outwitted the entire Pakistani establishment and gave our armed forces the required advantage to face a two-front war.

Sher Singh Rana is a biopic, produced by Vinod Bhanushali, the film will be directed by Shri Narayan Singh. It will be an age-of-the-seat thriller that will tell the true story of an unreal man, a fanatical Rajput who brought the remains Prithviraj Chauhan back to India.