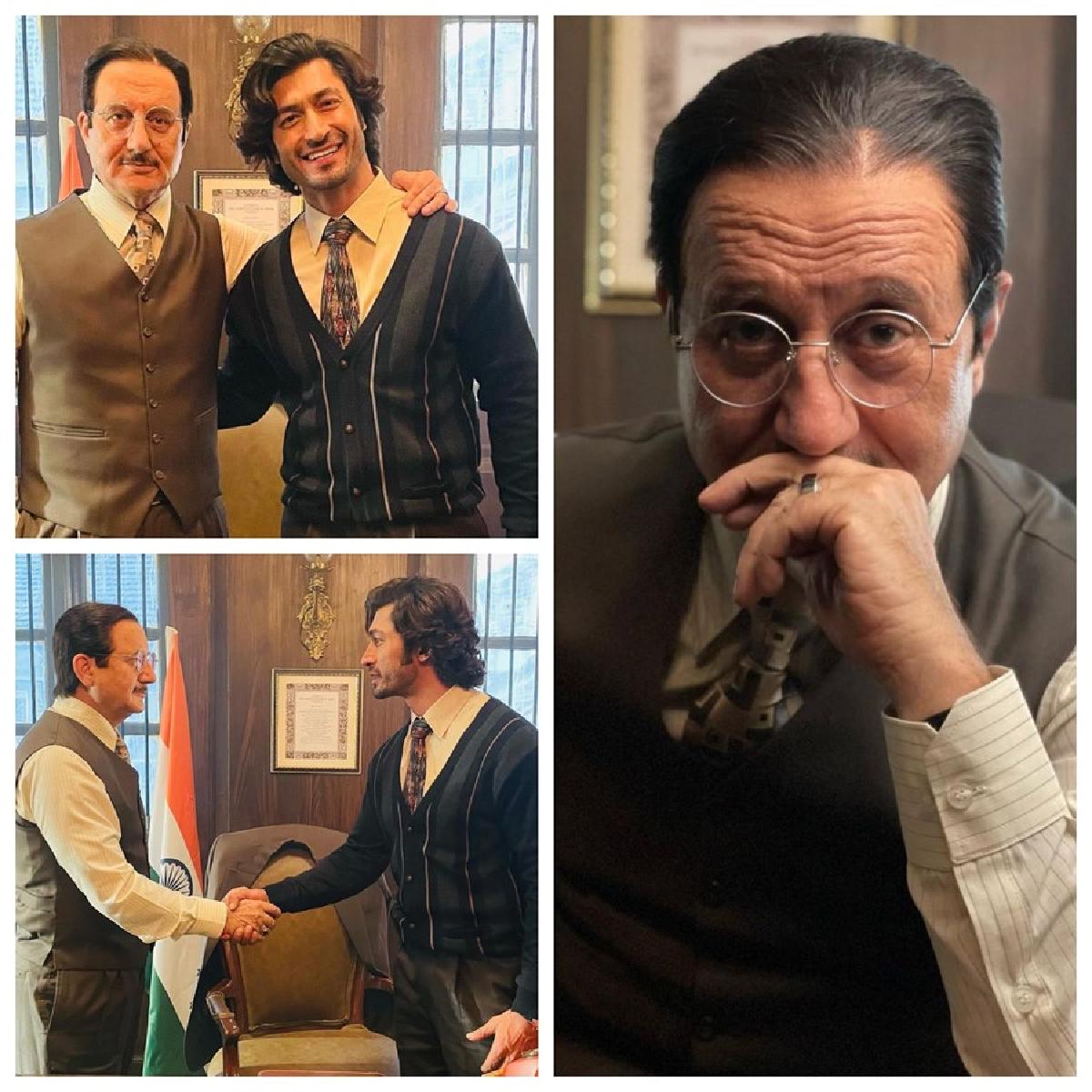 Actor Vidyut Jammwal welcomes veteran actor Anupam Kher on the sets of IB 71, hails him as the biggest superstar of Indian cinema.

The film is Vidyut's debut production venture under his banner Action Hero Films in association with T-Series and Reliance Entertainment.

Sharing a video clip on his social media profile, Vidyut Jammwal captioned it, “Having fun with the legend @anupampkher while shooting for IB 71”

Veteran actor Anupam Kher who marks his 523rd film and first one with Vidyut, also took to his social media profile and shared a slew of pictures from the set. In the images, he is seen posing with Vidyut and the film's clapboard.

He wrote, “And I start my 523rd film #IB71 with the highly talented and heartwarmingly humble @mevidyutjammwal! His company @actionherofilms produces it. #SankalpReddy of #TheGhaziAttack fame directs this fantastic thriller! Jai Ho and Jai Hind! #LifeOfAnActor #Movies #JoyOfCinema”

Directed by Sankalp Reddy, the espionage thriller is based on a true incident of how Indian Intelligence Officers outwitted the entire Pakistani establishment and gave the Indian armed forces the required advantage to face a two-front war.