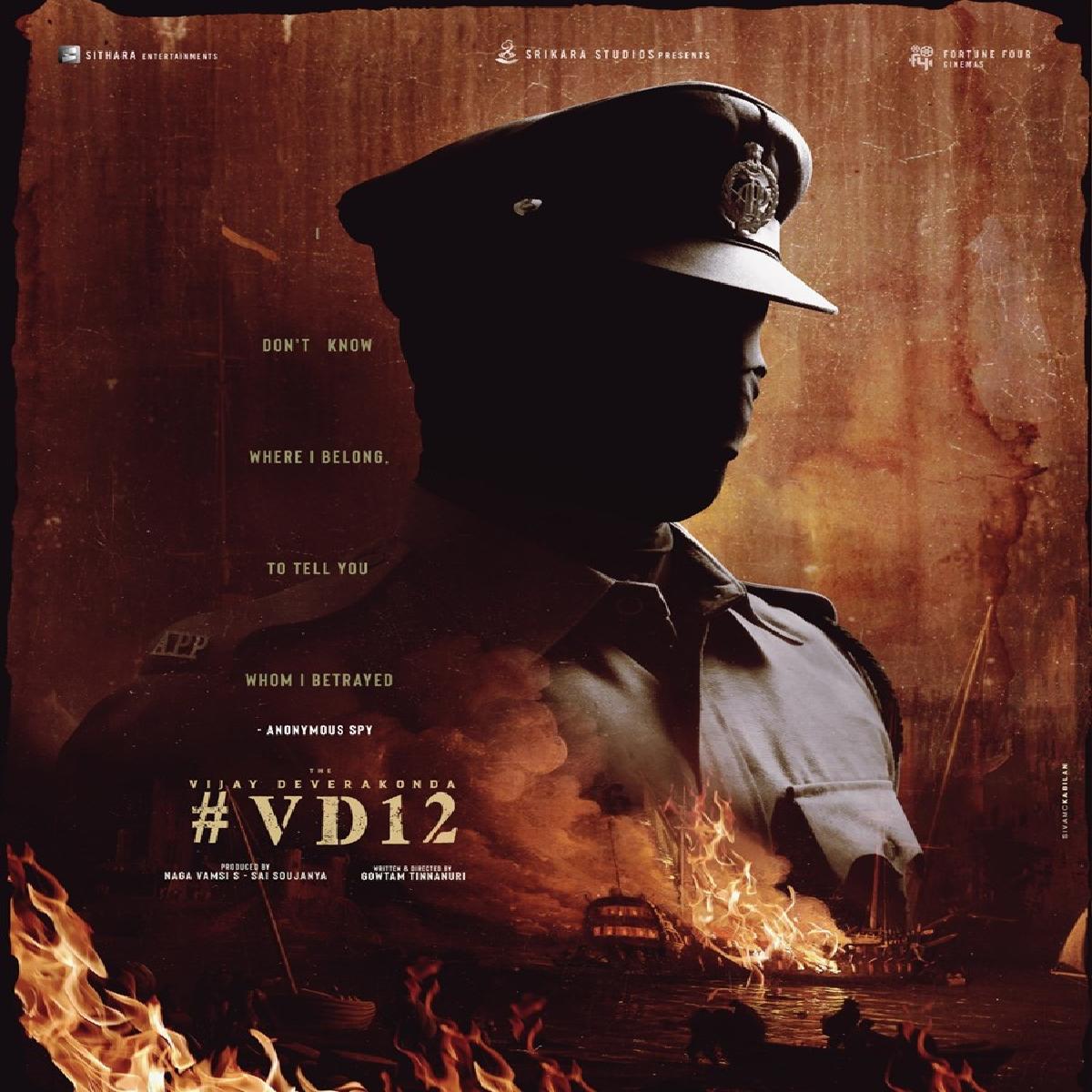 Sharing the poster on his social media, Vijay captioned his post, “The Script. The Team. My next. My heart skipped a few beats when I heard this. #VD12”

With a silhouette of a cop covered with a cloth on his face, it hints that #VD12 will be a periodic cop drama. With this project, Vijay will be donning the khaki on-screen for the first time in his career. The image of a burning ship in the middle of a water body contributes to a viewer's curiosity.

Written and directed by Gowtam Tinnanuri, the film will be jointly bankrolled by Naga Vamsi S and Sai Soujanya.

Naga Vamsi also shared the same, he captioned his post, “I don't know where I belong, to tell you whom I betrayed - Anonymous Spy, The #VijayDeverakonda is collaborating with #GowtamTinnanuri for #VD12 @TheDeverakonda @gowtam19 #SaiSoujanya @SitharaEnts @Fortune4Cinemas #SrikaraStudios”

This will be the first collaboration of Vijay and Gowtam Tinnanuri.

Meanwhile, on the work front, Vijay's last release Liger, which was aggressively promoted as a pan-India project, bombed at the box-office, earning less than Rs 100 crore. The film marked Vijay's Bollywood debut.

He will be seen in the upcoming romantic drama Khushi, alongside Samantha Ruth Prabhu. The film is supposed to release in 2023.