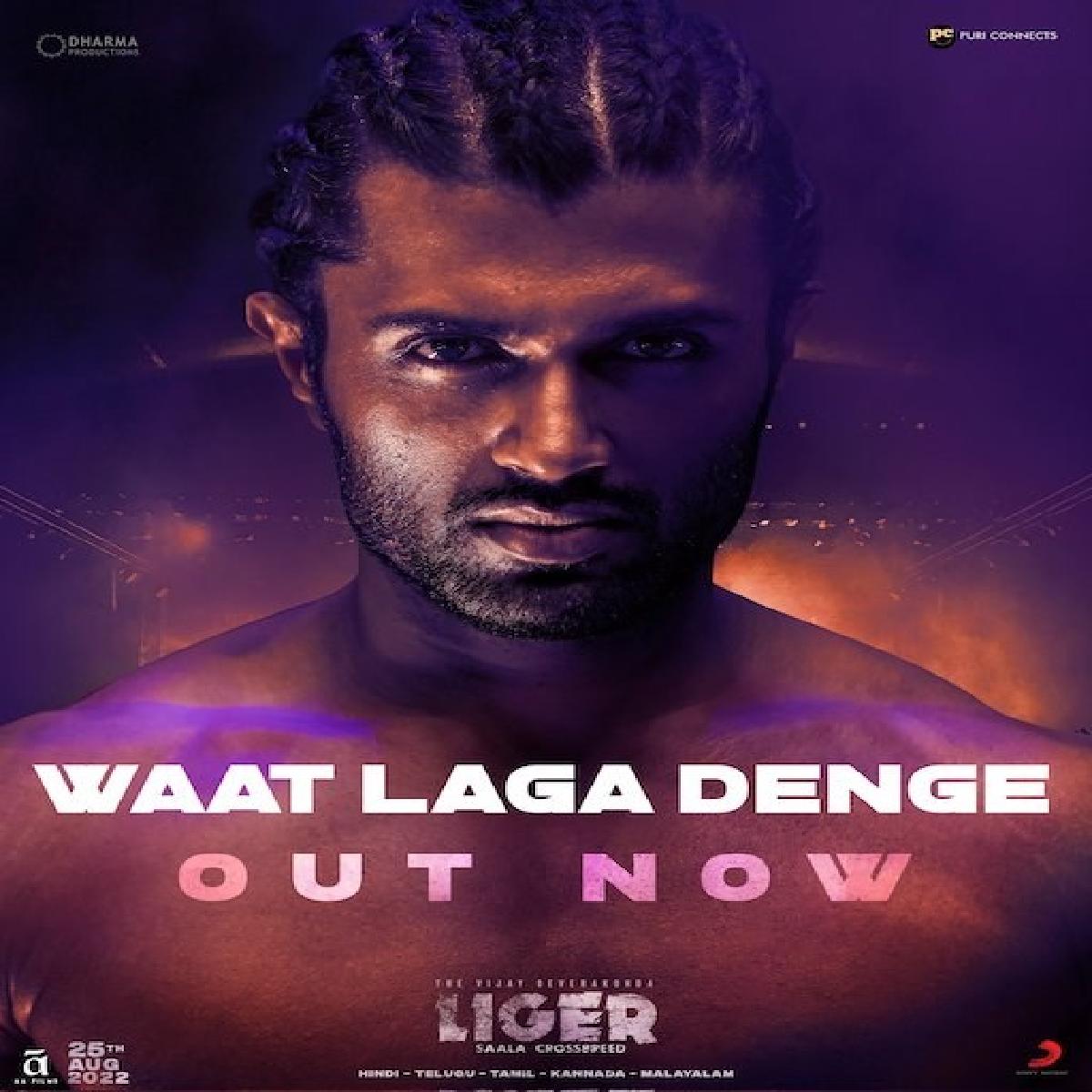 Actor Vijay Deverakonda is donning the MMA boxer avatar for Liger, but now the superstar has turned singer with Waat Laga Denge song, which is out and climbing the charts.

After the incredible trailer, the makers of Liger drops Waat Laga Denge, the song has been composed by Sunil Kashyap, written by Puri Jagannadh and sung by Vijay Deverakonda. A rap-style motivational anthem, which promises to raise your spirits, this one definitely ends-up everyone’s playlist.

The first song from Liger, titled Akdi Pakdi, was released few weeks before. The energetic dance number features Vijay and Ananya showing off their best moves on the dance floor.

Liger is helmed by Puri Jagannadh and produced by Karan Johar. The film marks Vijay's debut in Hindi cinema. It also stars Ramya Krishnan as his mother and Ananya Panday as his girlfriend, Ronit Roy as his coach and Mike Tyson in a cameo.

It is all set to hit theatres on August 25 in Hindi, Tamil, Telugu, Kannada and Malayalam languages.