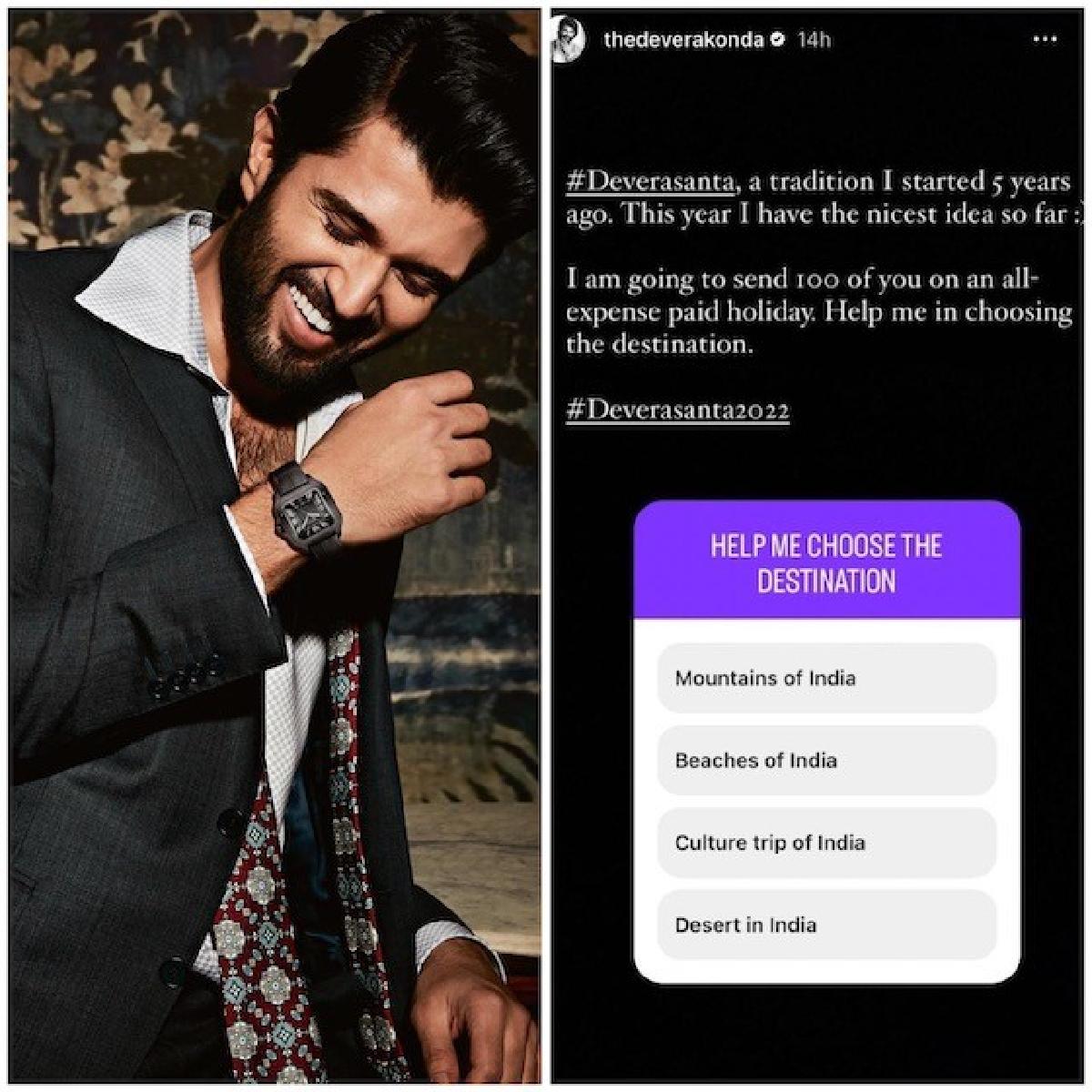 Taking to social media, Vijay created a poll on his social media for his fans to help him choose the destination for travel to offer to his fans. He asked if his fans want a trip to — Mountains of India, Beaches of India, Cultural trip of India or deserts in India.

Meanwhile, on the work front, Vijay’s last release Liger, which was aggressively promoted as a pan-India project, bombed at the box-office, earning less than Rs 100 crore.

The film marked Vijay’s Bollywood debut. He will be seen in the upcoming romantic drama Khushi, alongside Samantha Ruth Prabhu. The film is supposed to release in 2023.

Vijay is all set to team up with Jersey fame Gowtam Tinnanuri for a new project. However, an official announcement regarding the same is yet to be made.