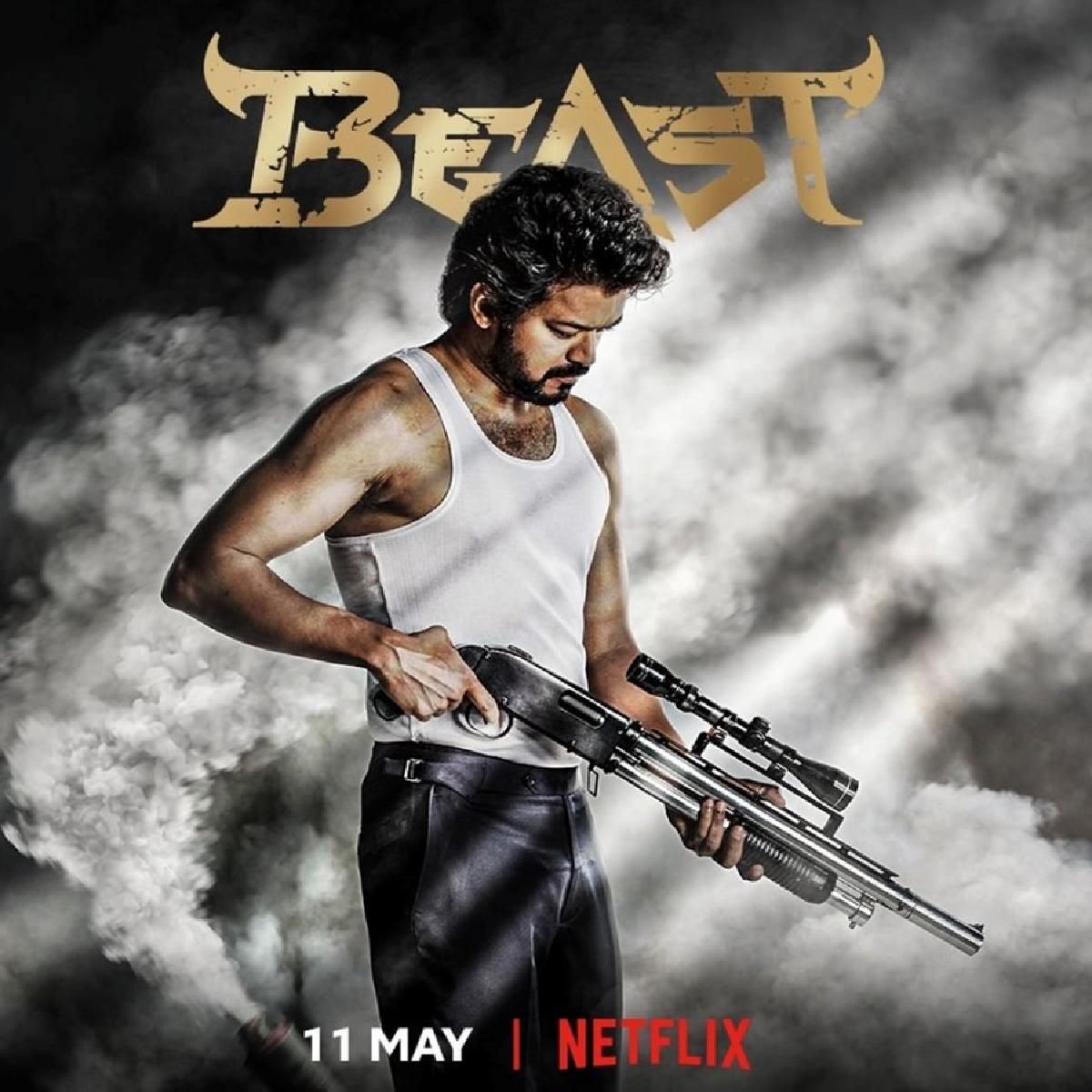 After the theatrical release, Vijay starrer Beast, is slated for digital release. The film will stream on Netflix from 11th May 2022.

The official handle of Netflix India dropped the confirmation on the release. It said, “MAY YOUR DAY GET MEANER LEANER STRONGER, Because Beast is coming to Netflix on 11th May in Tamil, Telugu, Malayalam, Kannada and Hindi  #BeastOnNetflix #ThalapathyVijay @nelsondilipkumar @anirudhofficial @hegdepooja @selvaraghavan @sunpictures”

It revolves around an ex-RAW agent's crusade to rescue people held hostage in a shopping mall by terrorists.

Beast was released in theatres on 13 April 2022. The film received mixed reviews from critics with praise towards the cast performances, action sequences, cinematography, production design, music, background score and Nelson's direction while the pacing, predictability and uneven screenplay received criticism.

The music was composed by Anirudh, cinematography was handled by Manoj Paramahamsa, editing by R. Nirmal and production design supervised by D. R. K. Kiran, respectively.