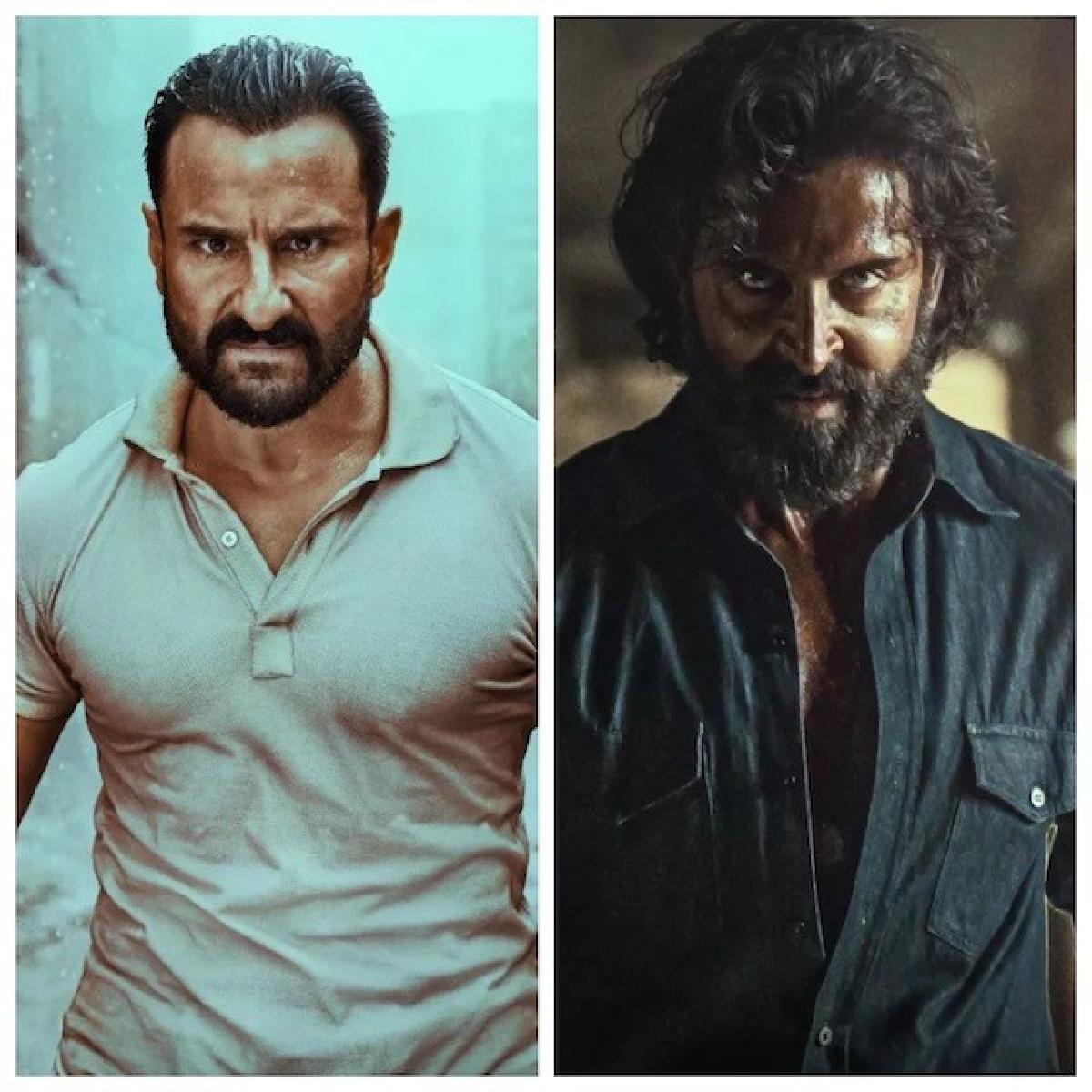 After the early teaser, the makers of Vikram Vedha are out with first official trailer for the action thriller, starring Hrithik Roshan and Saif Ali Khan in the lead roles. The trailer is an action-packed thrill ride!

'Vikram Vedha' is an official Hindi remake of a Tamil film with the same title, which starred R Madhavan and Vijay Sethupathi in the lead roles.

The story of 'Vikram Vedha' is full of twists and turns, as a tough cop Vikram (Saif Ali Khan) sets out to track and chase a dreaded gangster Vedha (Hrithik Roshan). What unfolds is a cat-and-mouse chase, where Vedha - a master storyteller helps Vikram peel back layers through a series of stories leading to thought-provoking moral ambiguities.