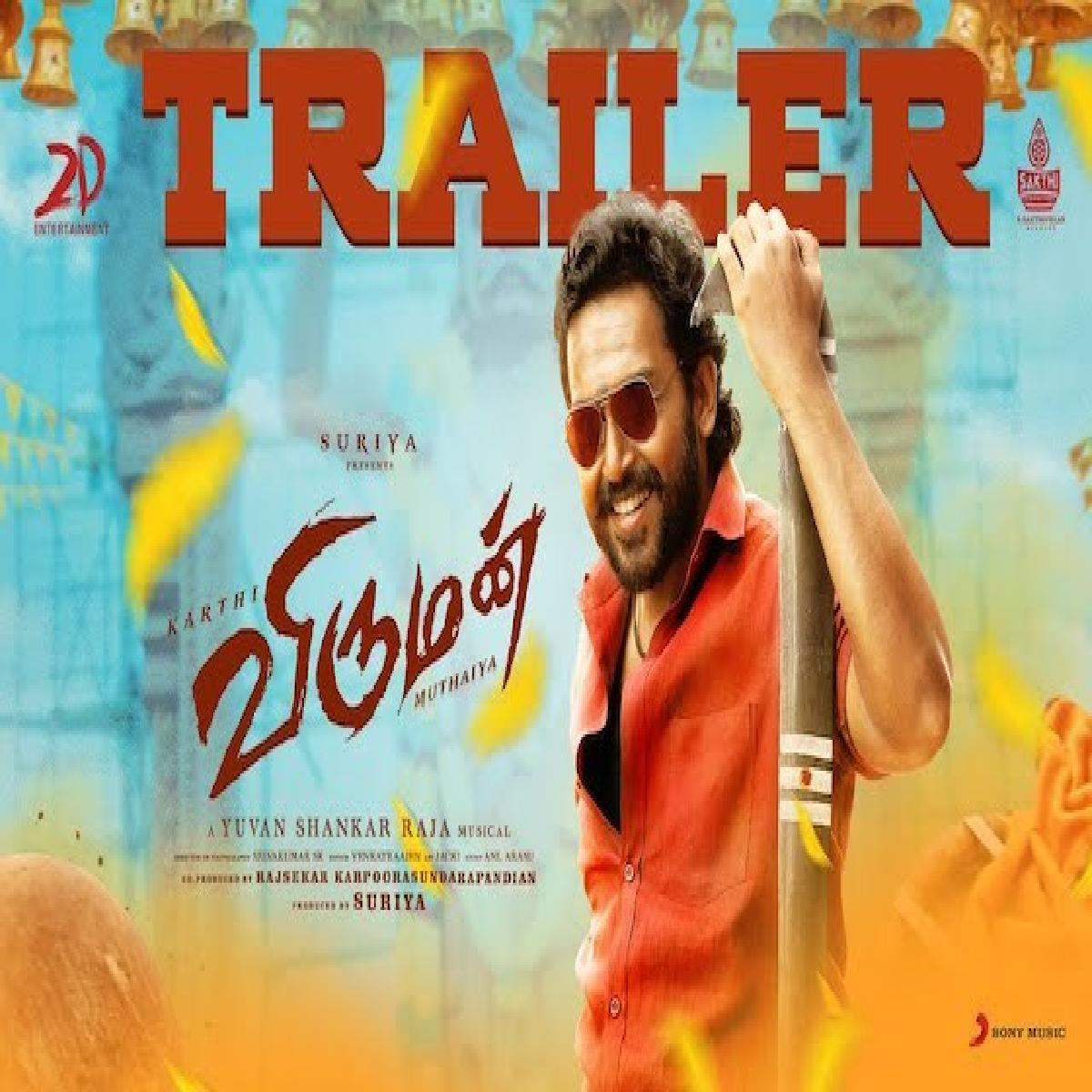 After making headlines for the longest, finally the much awaited Viruman trailer is out, starring Karthi and debutante Aditi Shankar. The trailer has gone viral, clocking 3.5 million hits within a day of its release.

The trailer opens up with a mother encouraging and reminding her son of the tussle he has with his father. The film is a family drama revolving around warring father and son.

Karthi will be seen as a socially responsible villager, and he will be taking on a corrupt officer, who is also his father. The rural action entertainer will also be focusing on multiple issues.