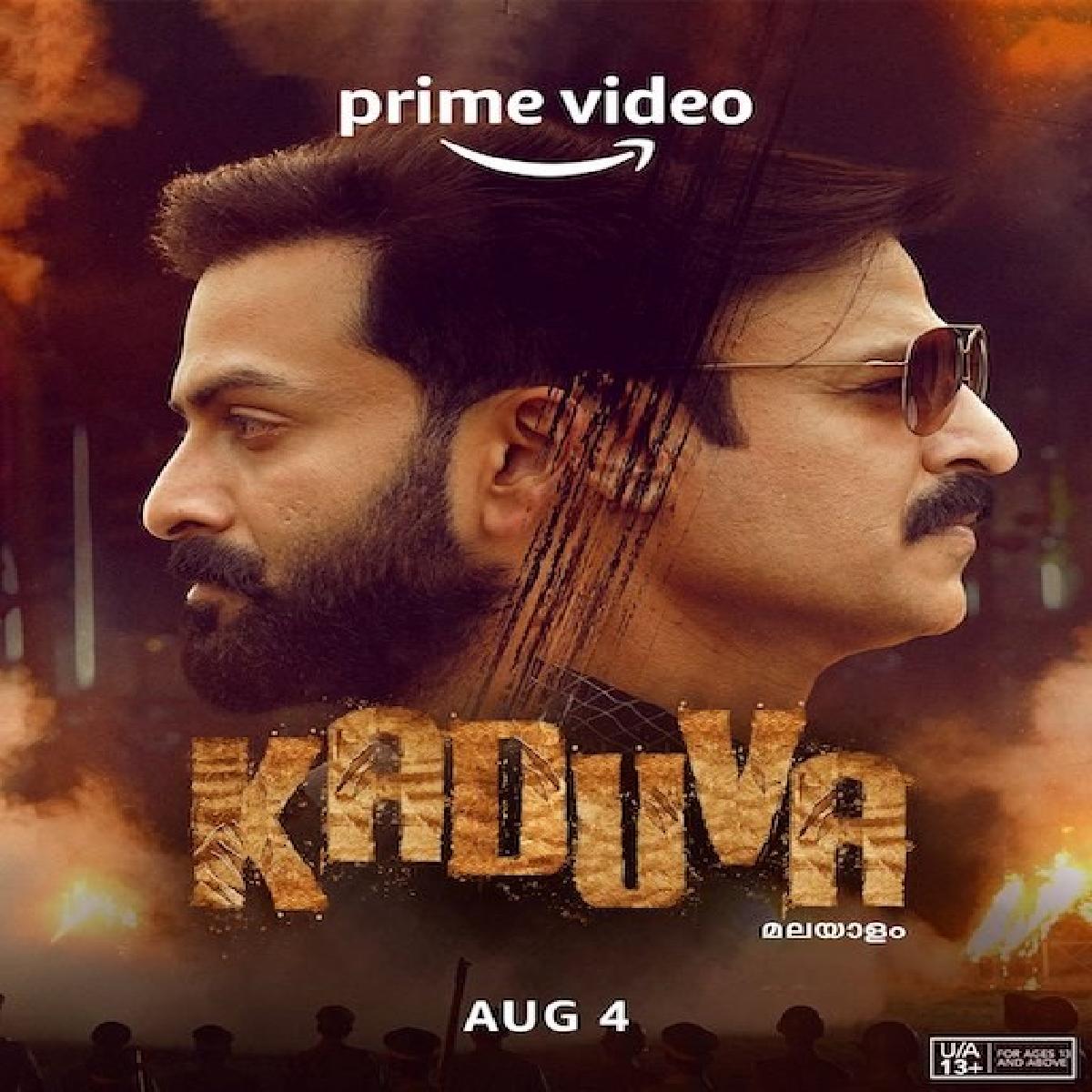 Actor Vivek Anand Oberoi and Prithviraj Sukumaran starrer Kaduva released in cinema halls with a bang, and now the film is all set to stream on Prime Video India.

The action-drama helmed by Shaji Kailas and written by Jinu V. Abraham, starring Prithviraj Sukumaran in the title role, along with Vivek Oberoi and Samyuktha Menon will premiere on 4th August.

The film was jointly produced by Supriya Menon of Prithviraj Productions and Listin Stephen of Magic Frames, with the latter also serving as distributor.

The movie ends with Joseph Chandy going to prison and swear vengeance against Kaduva and his family, which has led many to believe that makers are planning on the second part.

Meanwhile on the work front, Prithivraj will soon be seen in series of releases, such as Gold, Theerppu, Aadujeevitham, Kaapa, Kaaliyan, Empuraan, Tyson and more.