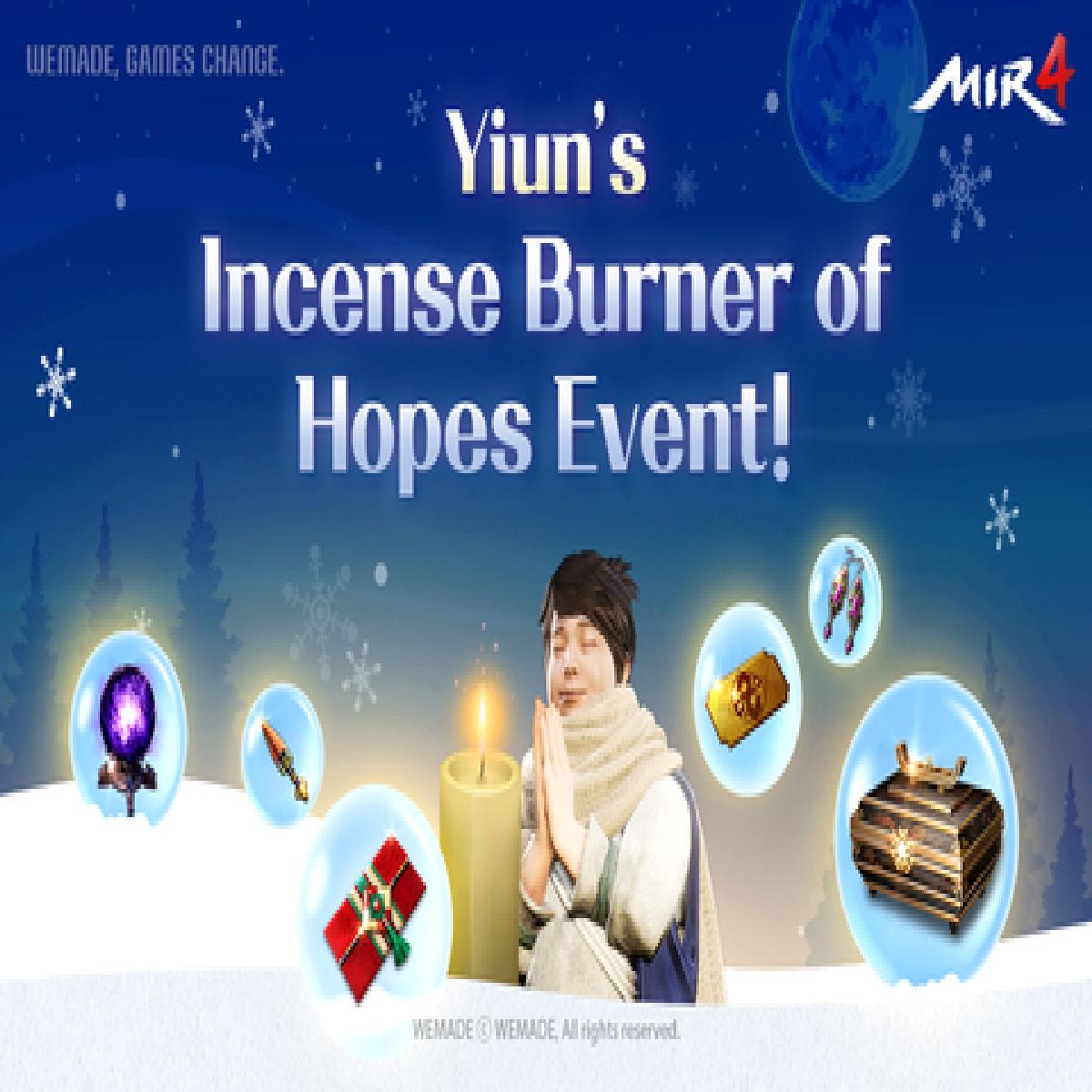 MIR4, a mobile MMORPG masterpiece of Wemade, will hold the Yiun’s Incense Burner of Hopes event from the 27th to celebrate the New Year.

On Tuesday, December 27th, the event will begin with a Check-in event offering a wide range of gifts. Players who log in for 14 days over a four-week period will receive great rewards including Divine Dragon’s Blessing ticket, Legendary & Epic Blue Dragon Statues, and Coffer of Hopes containing Epic Material Treasure Boxes and more, according to the number of days of attendance.

In addition, the Yiun’s Letter of Hopes event will be held until Monday, January 9th. Players can obtain Letter of Hopes by hunting monsters on the continent of Mir. By bringing the letters obtained through hunting to the NPC Yiun, who is located in major cities of each area, players can exchange the letters with a variety of rewards such as Divine Dragon's Enhancement Stones, Legendary Blue Dragon Statues, and Box of Hopes containing various summon tickets.

MIR4 also holds the Silhouette Event through its official community. Players who write the names of MIR4 characters hidden behind silhouettes in comments by January 10th will receive rewards according to the number of comments written.

From My Battle, To Our War! Detailed information on MIR4 can be found on the official website.