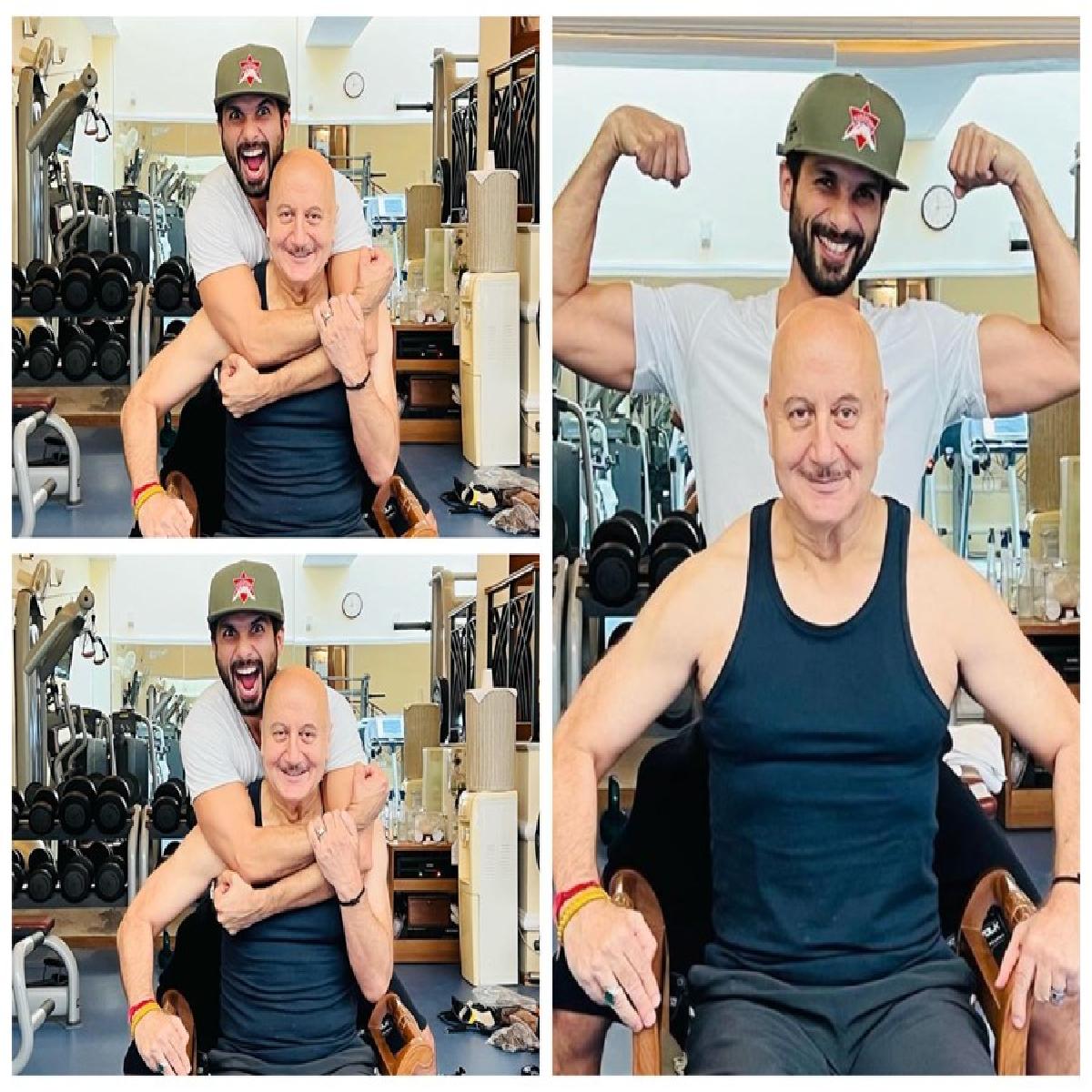 Veteran actor Anupam Kher just took to his social media profile and shared a picture with Shahid Kapoor, whom he met in a gym in Delhi.

The duo, Anupam Kher and Shahid took a bunch of pictures, happily posing and flexing their muscles.

Treating his fans with pictures, Anupam Kher captioned his post, “Delighted to meet the #Jersey guy, co-actor and a dear friend @shahidkapoor in a gym in Delhi! He is here to promote his film and I am shooting for #Uunchai! Good luck my friend with the release. Loved the trailer. Jai Ho! #Actors #ActorsLifeforMe #Gym #YearOfTheBody”

Actor Shahid Kapoor is in the national capital for the promotion of his upcoming film Jersey. The sports drama is slated to release on April 14.

Anupam Kher’s last outing, The Kashmir Files, helmed by Vivek Agnihotri has created quite a sensation politically and at the box office as well.