Will Smith Must Come To LockUpp Says Kangana Ranaut 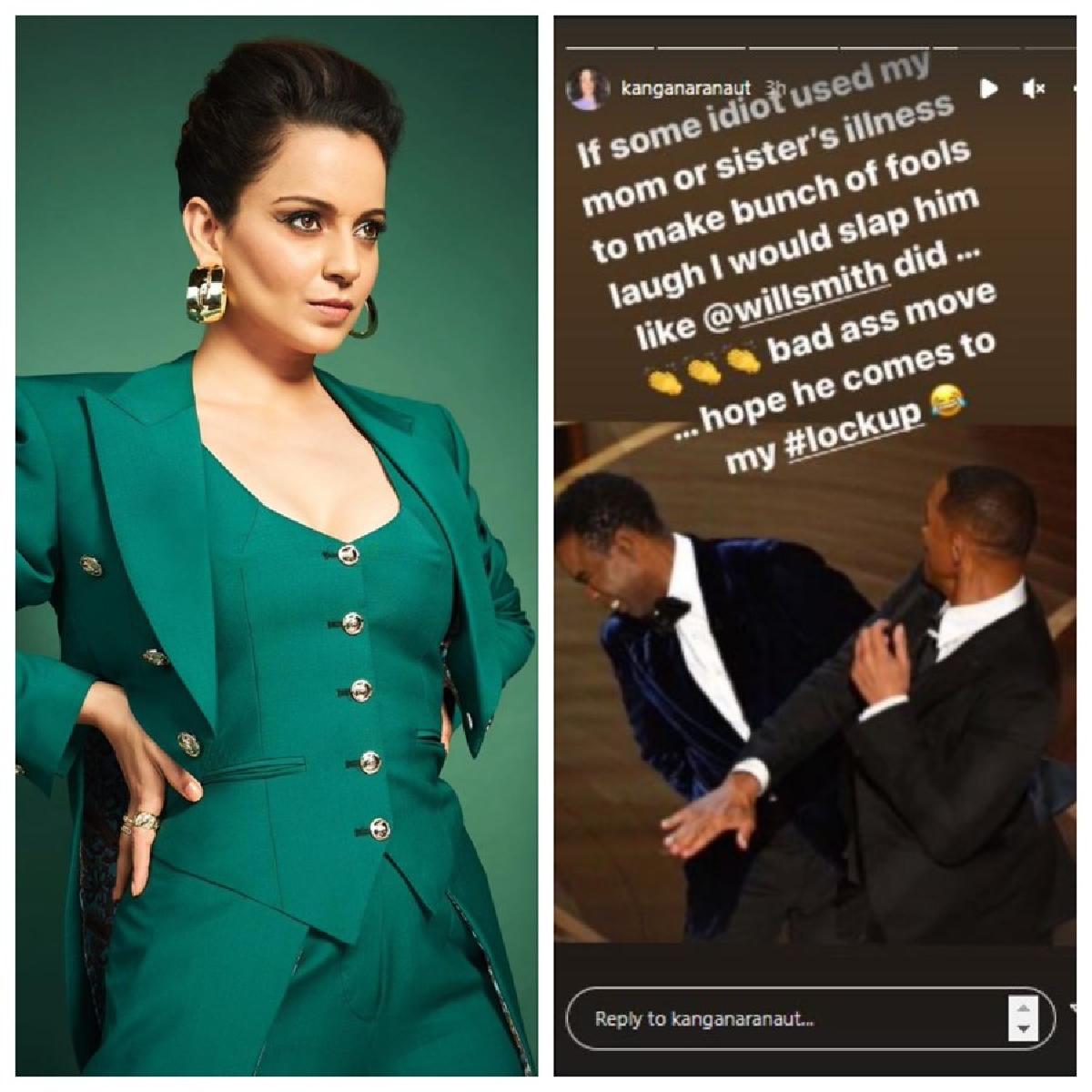 Chris Rock while presenting an award made a joke about Will Smith’s wife Jada Pinkett Smith, who suffers from Alopecia, her bald head. The joke didn’t sit well with Smith, who smacked the comedian during the live show.

Though, the incident made for good TV moment, but that everyone up in arms, some favours Will Smith and Some find Chris Rock as victim. But our own trouble maker Kangana Ranaut supports Will Smith and wish he’d participate her reality show LockUpp.

Kangana Ranaut also reacted to the incident saying, "If some idiot used my mom or sister's illness to make bunch of fools laugh I would slap him like @willsmith did...bad ass move..hope he comes to my #lockup"

Meanwhile on the work front, Kangana Ranaut is bust with Sarvesh Mewara's Tejas, where she will be seen playing a fighter pilot, Razneesh Ghai's Dhaakad, a spy thriller.

She will soon kick-start the shoot for her second directorial based on Indira Gandhi, titled Emergency, and the Hindu goddess Sita in Alaukik Desai's The Incarnation: Sita.