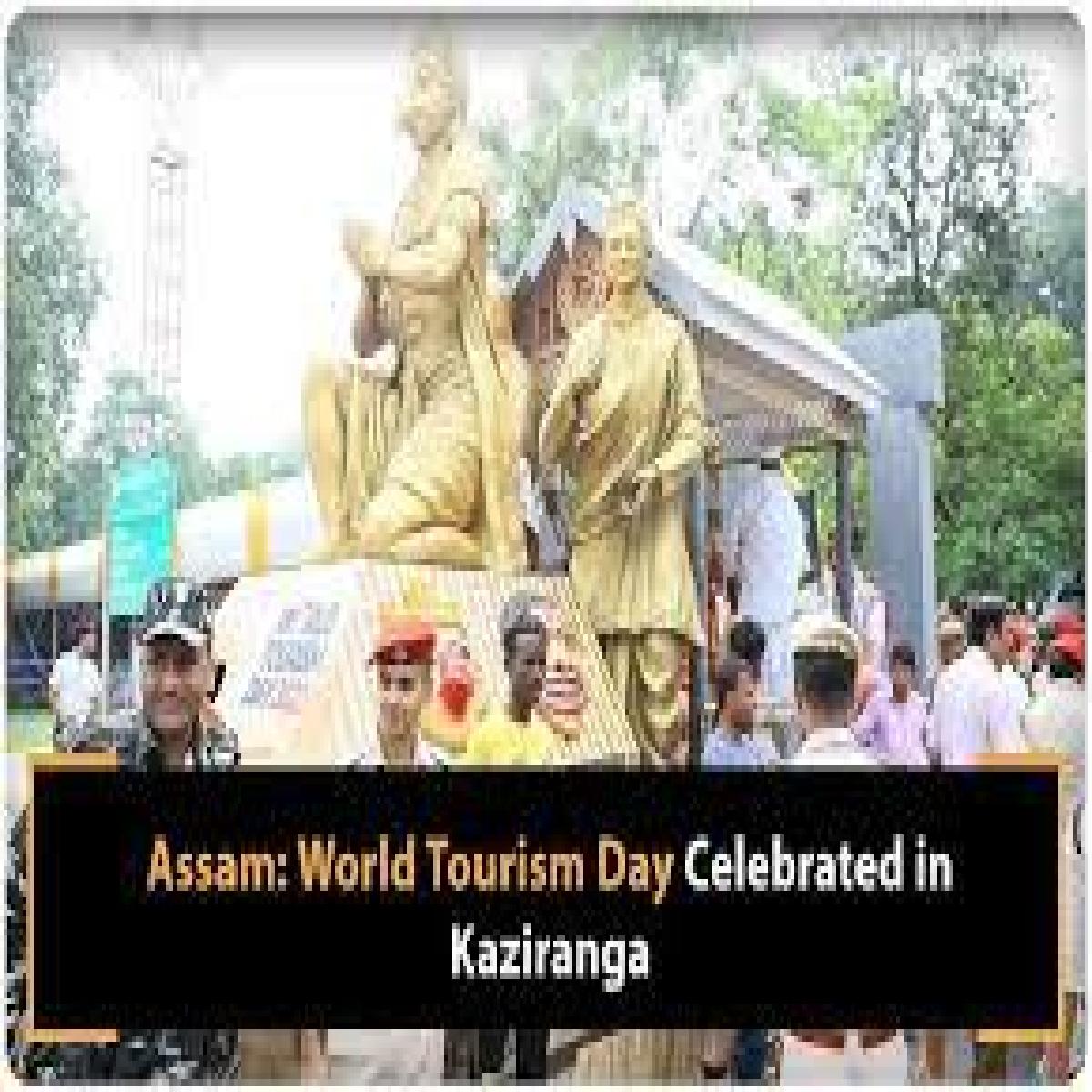 On the occasion of World Tourism Day, Assam Tourism Development Corporation (ATDC) organised an event at Kaziranga to promote the tourism sector of Assam and showcase Assam’s indigenous culture, nature and diversity under this year’s theme ‘Rethinking Tourism’.

The programme began with a Cultural Procession which took off at Forest Convention Ground, Kohora to BOC Point and back covering a distance of 1.5 Km which was followed by a seminar on the theme ‘Rethinking Tourism’.

On this occasion, Hon’ble Minister, Department of Tourism, Govt. of Assam addressed the gathering stating, “We need to understand that tourism is a major way to scale up our economy and everyone has to work collectively in this goal including people in this sector.” He added, “We will also work to improve the efficiency of the workers here and provide them proper and best training.” He further announced, “Rs. 200 crore subsidy will be given to 100 tea gardens of Assam for the development of their heritage tea gardens and heritage bungalows.”

The event was concluded with a vote of thanks by Shri Rajveer Hussain, OSD, Assam tourism followed by a cultural programme which represented various dance forms of Assam including Bihu, Satriya, Jhumur, etc. The programme provided an ideal platform to promote cultural exchange between locals and tourists of the region.

World Tourism Day is celebrated on September 27th throughout the world to raise awareness of the significance of tourism. Assam, the land of ‘blue hills and red river’ known for its breathtaking landscapes attracts thousands of tourists every year. The event was held at Kaziranga, well known for the one-horned rhinoceros.