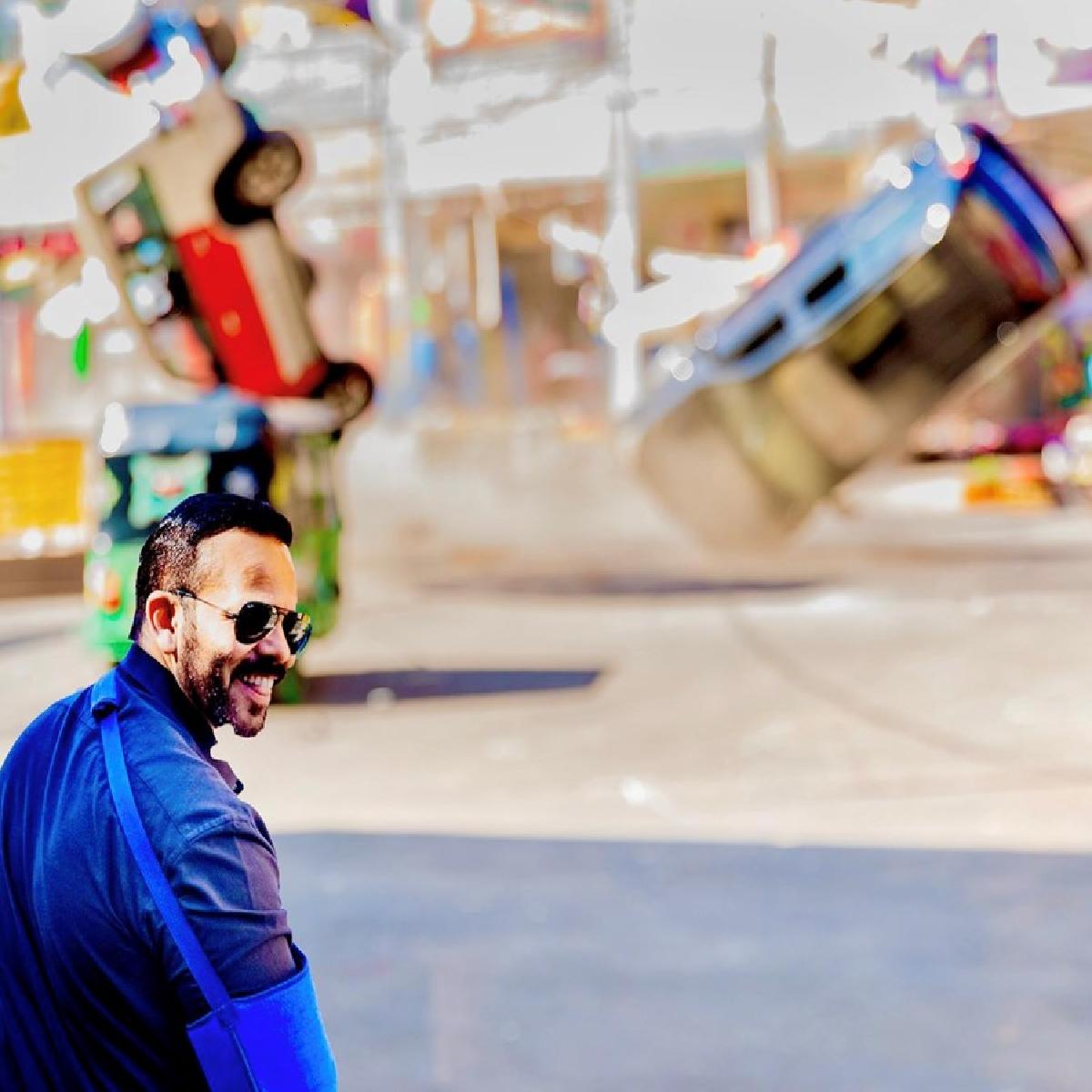 Taking to his social media profile, Rohit shared a picture of himself wearing a hand fracture supporter with white bandages on his right hand. Sharing the post, he wrote, "From Cirkus to my accident on set, my team and I have gone through a lot in the last few weeks! WE RISE, WE FALL, BUT WE RISE AGAIN NOT JUST TO FIGHT THE BATTLE, BUT TO WIN IT!!!"

"Shooting the last schedule of INDIAN POLICE FORCE in HYDERABAD before we commence the pre-production of SINGHAM AGAIN" added Rohit.

The 'Golmaal' director sustained an injury on his hand during the shoot of the 'Indian Police Force' at the Ramoji Film City, on the city's outskirts. He was later discharged from the hospital.

Talking about the web series, the 'Indian Police Force' stars Sidharth Malhotra, Vivek Oberoi and Shilpa Shetty Kundra in lead roles and will premiere exclusively on the OTT platform Amazon Prime Video. The official streaming date for the series is still awaited.

While, Singham Again will features Ajy Devgn and new entry to cop universe, Deepika Padukone. The script has been locked and narration has started.