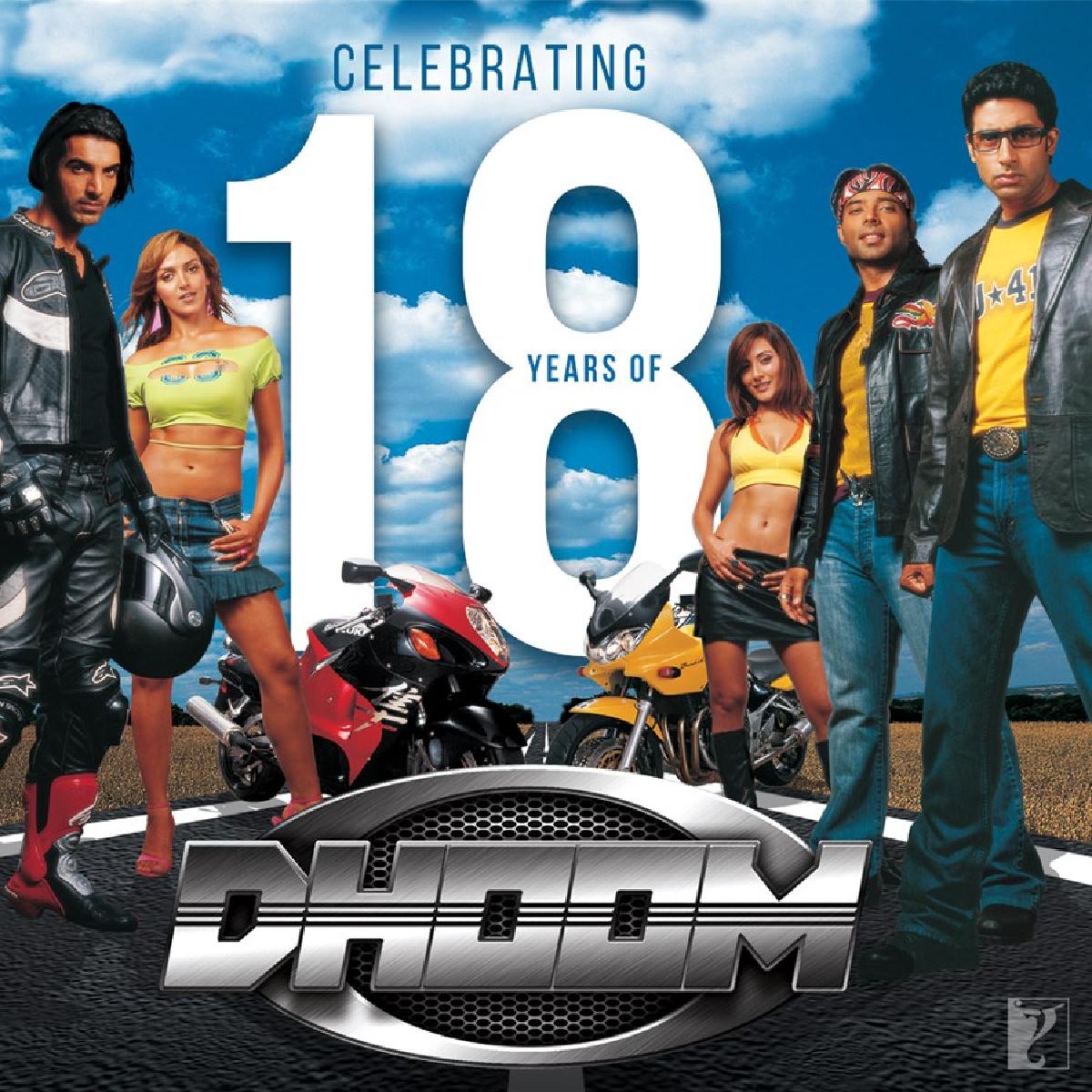 Dhoom was the first action film produced by Yash Raj Films in 16 years, ever since Yash Chopra's Vijay (1988). It tells the story of a cat and mouse game between a motorbike gang which commits robberies throughout Mumbai and a Mumbai police officer who teams up with a motorbike dealer to stop them.

The film spawned a film series, with its sequel Dhoom 2, starring Hrithik Roshan and Aishwarya Rai Bachchan, and Dhoom 3 starring Aamir Khan. On the work front, YRF is currently bankrolling some of the biggest upcoming films, such as The Great Indian Family starring