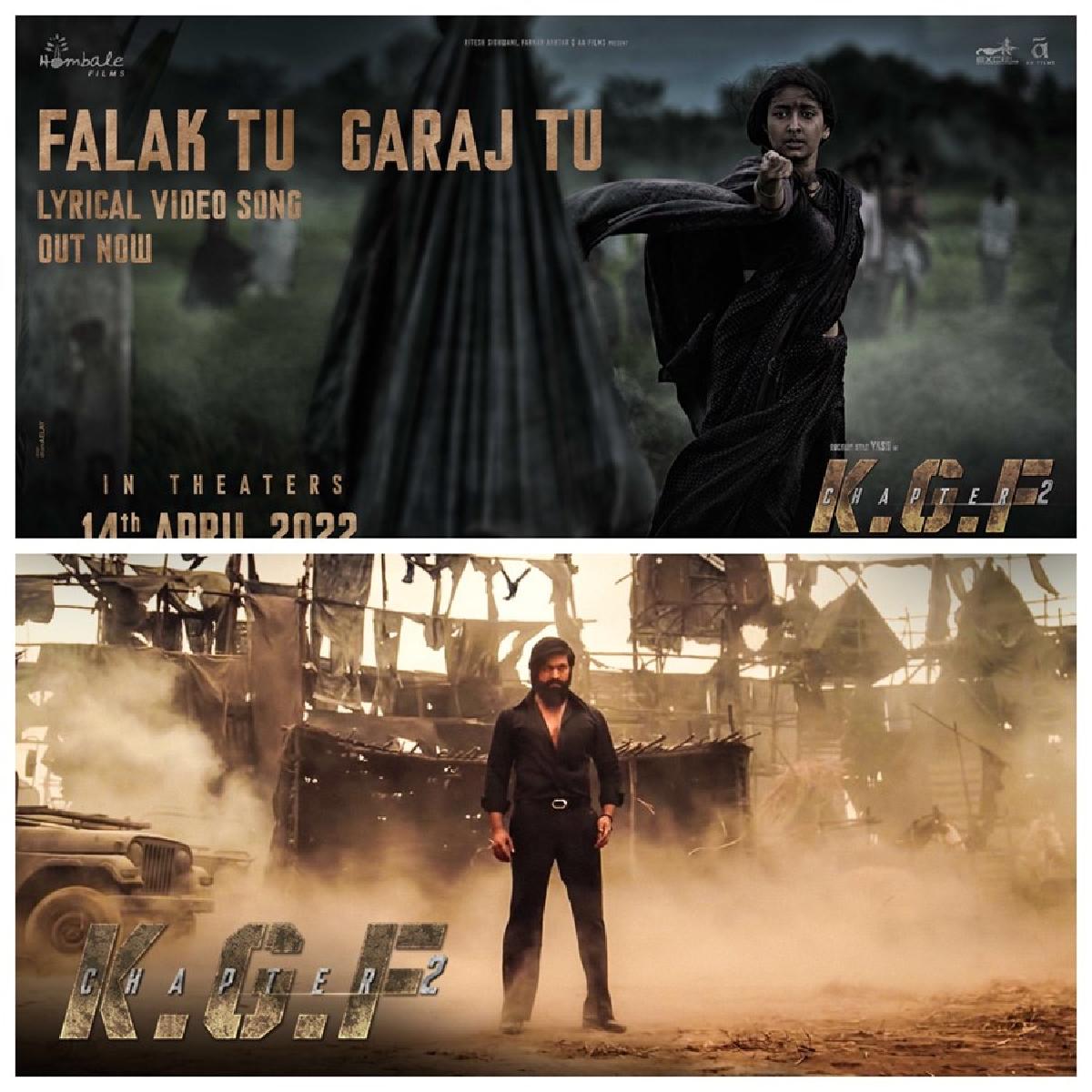 After the first single, Toofan, which pumped up all Rocky Bhai fans, the makers of KGF Chapter 2, drops the second single, Falak Tu Garaj Tu, an ode to mother across the world.

The song is a slow and heart-warming number crooned by Suchetha Basrur, it is written by Deepak V Bharti and composed by Ravi Basrur. The lyrical video is out.

K.G.F: Chapter 2 is written and directed by Prashanth Neel, and produced by Vijay Kiragandur under the banner of Hombale Films. The second installment of the two-part series is a sequel to the 2018 film K.G.F: Chapter 1. The film also stars Sanjay Dutt, Srinidhi Shetty, Raveena Tandon, and Prakash Raj.

The film is mounted at an epic budget, and the story will move forward from the first part, where Rocky kills Garuda and takes over KGF, and becomes the uplifter of people struggling at the KGF by helping and fighting for them. His allies look up to Rocky as their savior. Now, he will have to face his biggest foe Adheera and learn more about his past.