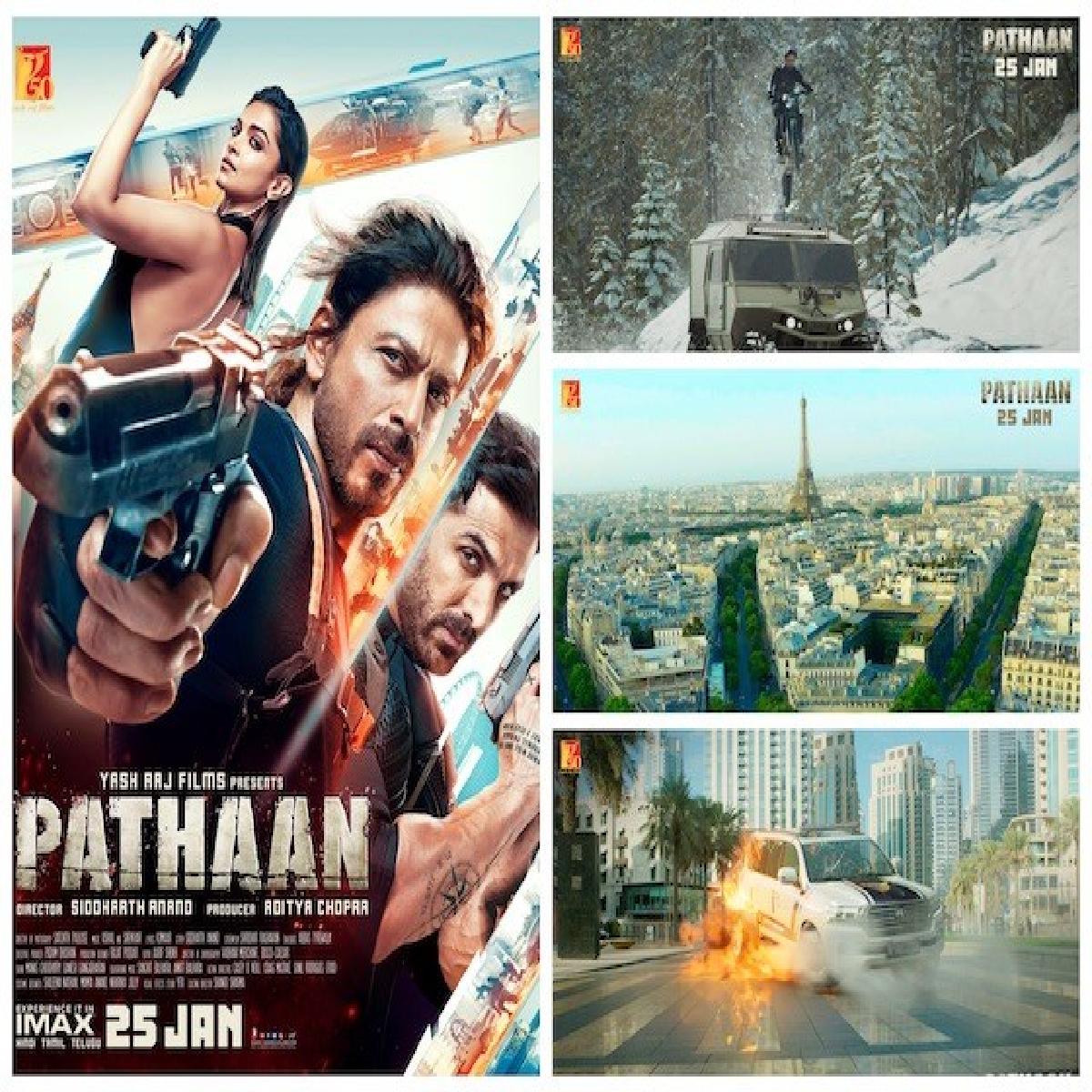 The action adventure is helmed by Siddharth Anand and it’s been shot across many countries, such as Spain, UAE, Turkey, Russia, Siberia, Italy, France, India and Afghanistan.

Superstar Shah Rukh Khan, who will mark his comeback to silver screen after a long gap, shared the poster on his social media. He captioned it, “Peti baandh li hai..? Toh chalein!!! #55DaysToPathaan, Celebrate #Pathaan with #YRF50 only at a big screen near you on 25th January, 2023. Releasing in Hindi, Tamil and Telugu.  @deepikapadukone @TheJohnAbraham #SiddharthAnand @yrf”

The screenplay is Shridhar Raghavan and a story by Anand. Produced by Aditya Chopra for Yash Raj Films, it is the fourth instalment in the YRF Spy Universe.

Pathaan is scheduled to be released in India on January 25, 2023, coinciding with Indian Republic Day weekend along with dubbed versions in Tamil and Telugu. The film will mark Shah Rukh Khan's return to the silver screen after his 2018 film Zero.