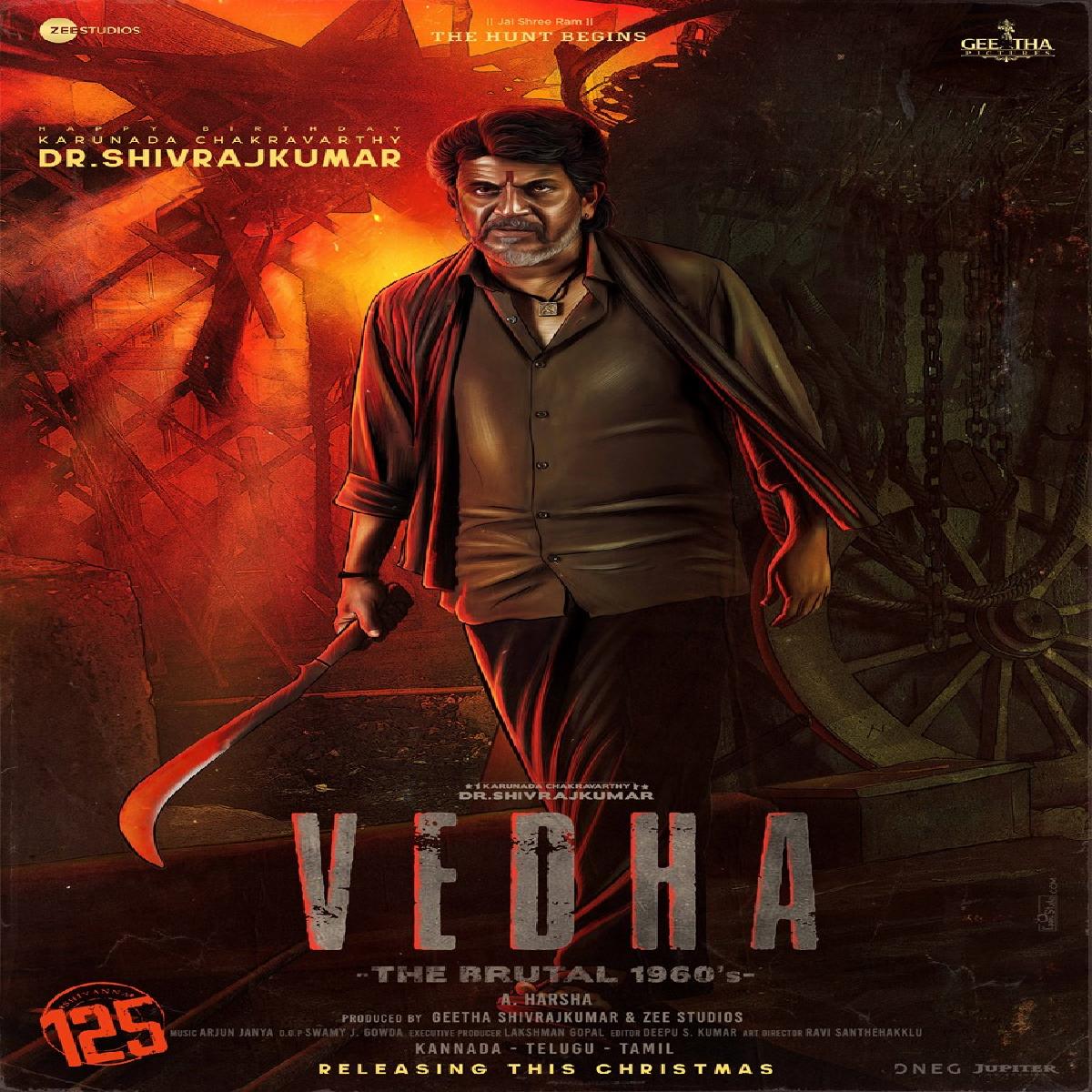 After releasing the first look in March, the Zee Studios is out with a new poster of Vedha starring Shiva Rajkumar in the lead role and confirms that the action drama is slated for Christmas release.

Shivarajkumar's 125th film Veda, which is a milestone in the Century Star's career, features him flaunting long beard look, and holding a machete will surely be a treat to watch on the silver screen.

The movie, which is set in the 1960s, marks the collaboration of Harsha and Shivarajkumar for the fourth time. The duo earlier worked on Bhajarangi, Vajrakaya and Bhajarangi 2.  The project is produced by Shivanna’s wife Geetha.

Apart from Vedha, actor Shiva is also busy with movies such as Nee Sigoovaregu, 45, Satyamangala, Jailer and Ghost.