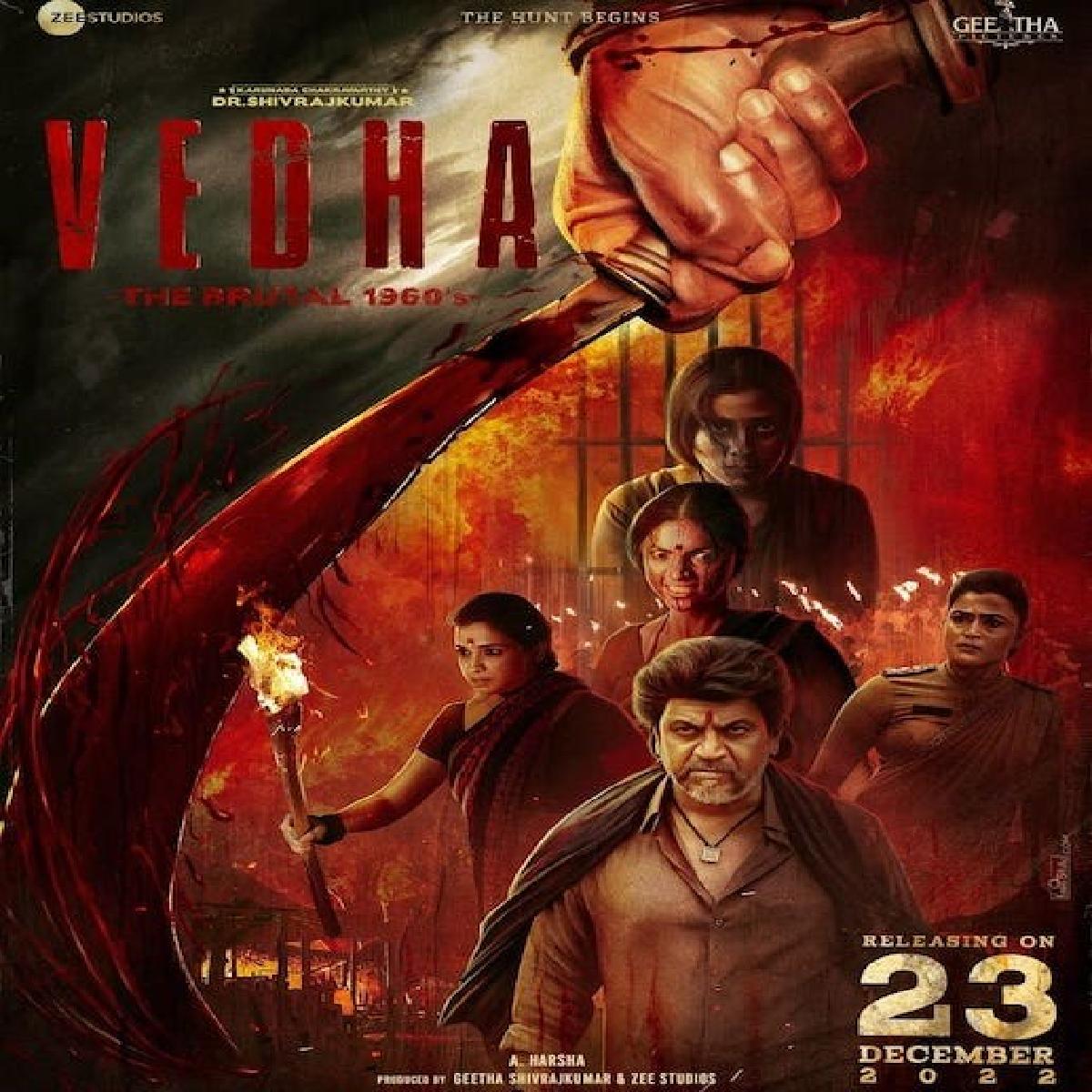 A period crime drama, the film is the 125th project of the superstar, who has been active in the film industry for four decades. Vedha is directed by A. Harsha and is his 10th directorial venture. He has already worked with the actor in three projects after Bhajarangi, Bhajarangi 2 and Vajrakaya.

The film produced under the big banners- Geetha Pictures and Zee Studios, set in the 1960s, Vedha brings an untold and heart-wrenching story to the audience about a couples struggle for their land and honour.

The film is set to have a multilingual release this Tuesday, 2 days before Christmas 2022. It will be released in Kannada along with dubbed Telugu and Tamil versions on December 23, 2022.