Devotion Trailer Is Out, A Classic Aerial War Epic 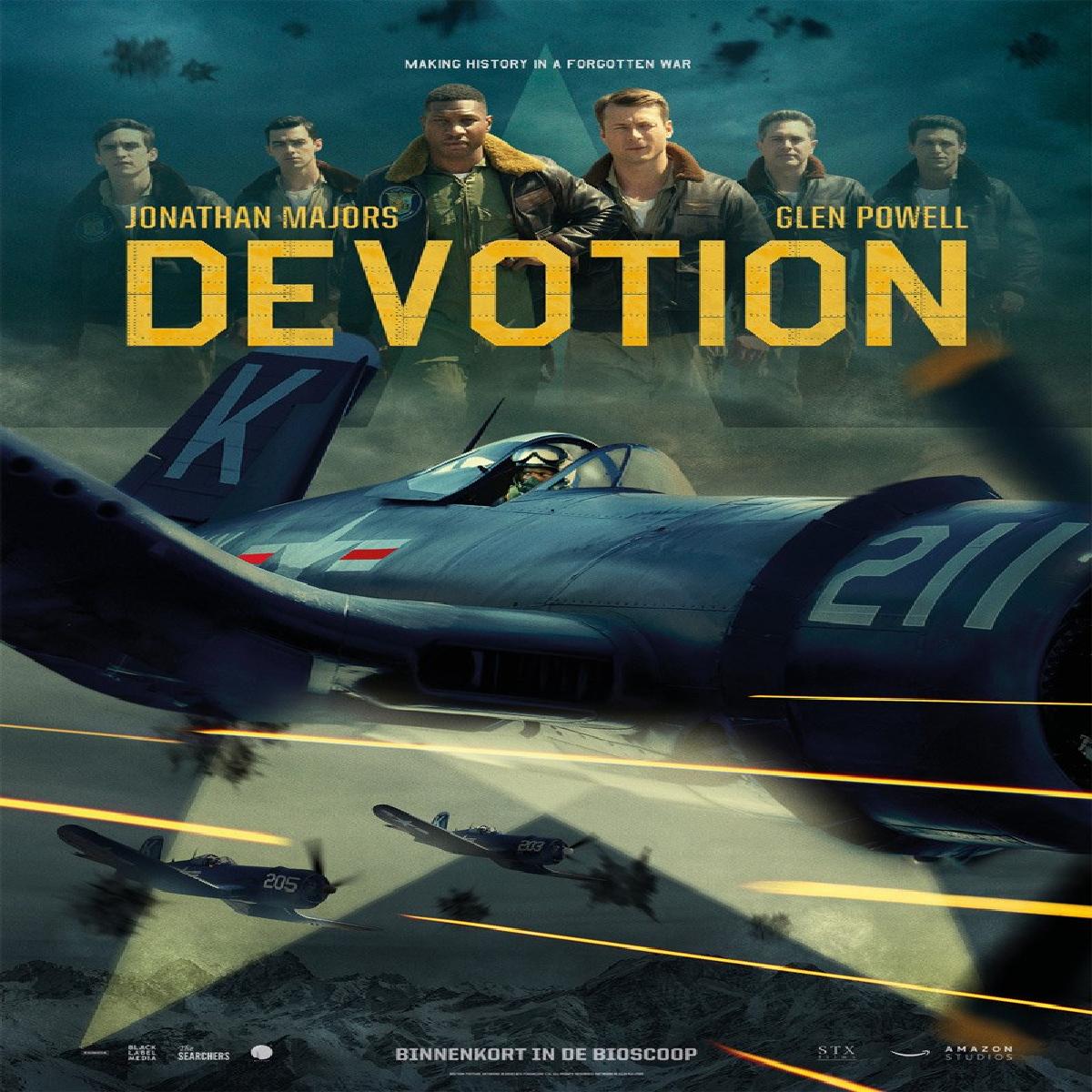 The film is about a pair of U.S. Navy fighter pilots who risk their lives during the Korean War and become some of the Navy's most celebrated wingmen.

Devotion tells the true story of Jesse L. Brown, as played by the exceptionally talented Jonathan Majors, a pioneering Black Naval aviator who flew missions during the Korean War (from 1950-1953), and built an unexpected bond with fellow Naval aviator Tom Hudner.

Devotion, an aerial war epic based on the book of the same name, tells the harrowing true story of two elite US Navy fighter pilots during the Korean War. Their heroic sacrifices would ultimately make them the Navy's most celebrated wingmen.

The screenplay is written by Jake Crane and Jonathan A. H. Stewart, the film is slated for 23rd November 2022 release.