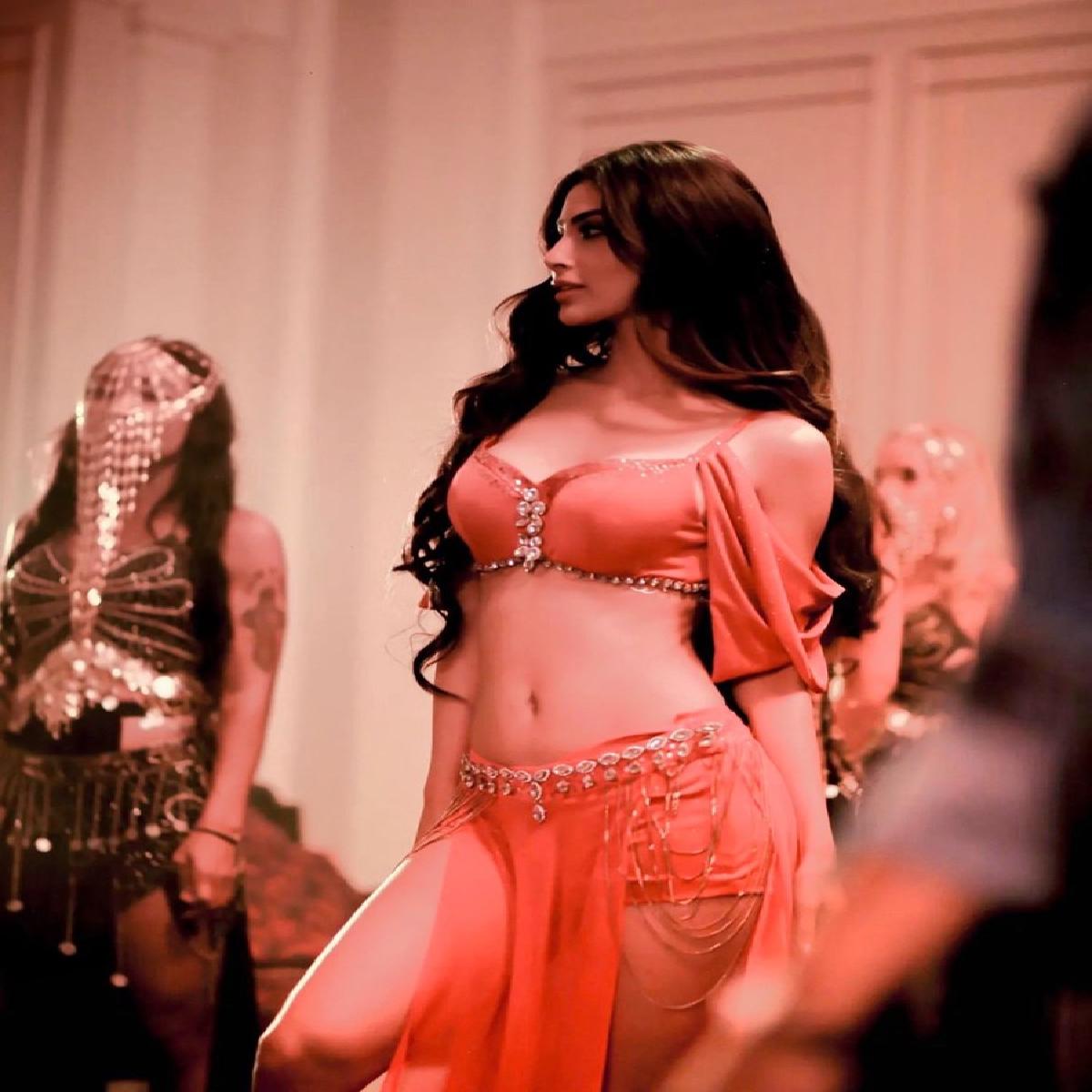 Featuring Mouni Roy is a whole new bold and stunning avatar, she looks effervescent as ever as she dons some stunning looks which were custom made just for her, the song Fakeeran is sung by Zahrah S Khan

The official handle of T-series dropped the new single on social media, it said, “This battle of love requires taking all #TheRiskOfIshq #Fakeeran out now, tune in: #tseries #BhushanKumar @Roymouni @TheZaraKhan @tanishkbagchi @arvinderkhaira”

The song is out on T-Series channel with 6.9 million hits, the song is directed by Arvindr Khaira. Lyrics and Music by Tanishk Bagchi.

In the song, Mouni’s outfits, from the two piece red outfit, the black dress with bejeweled stockings to the black leather co-ord set, none of them were generic off the rack looks. They were all customised by her choice by her stylist Anuradha Khurana that she carried off with equal finesse.

Meanwhile on the work front, Mouni Roy is currently prepping for role in The Virgin Tree, a horror comedy with an ensemble which includes Sunny Singh, Palak Tiwari, Aasif Khan and also the launch vehicle for debutant Nikunj Lotia, known as Be YouNick. It is directed by Sidhaant Sachdev and written by Vanuksh Arora and Sidhaant Sachdev.