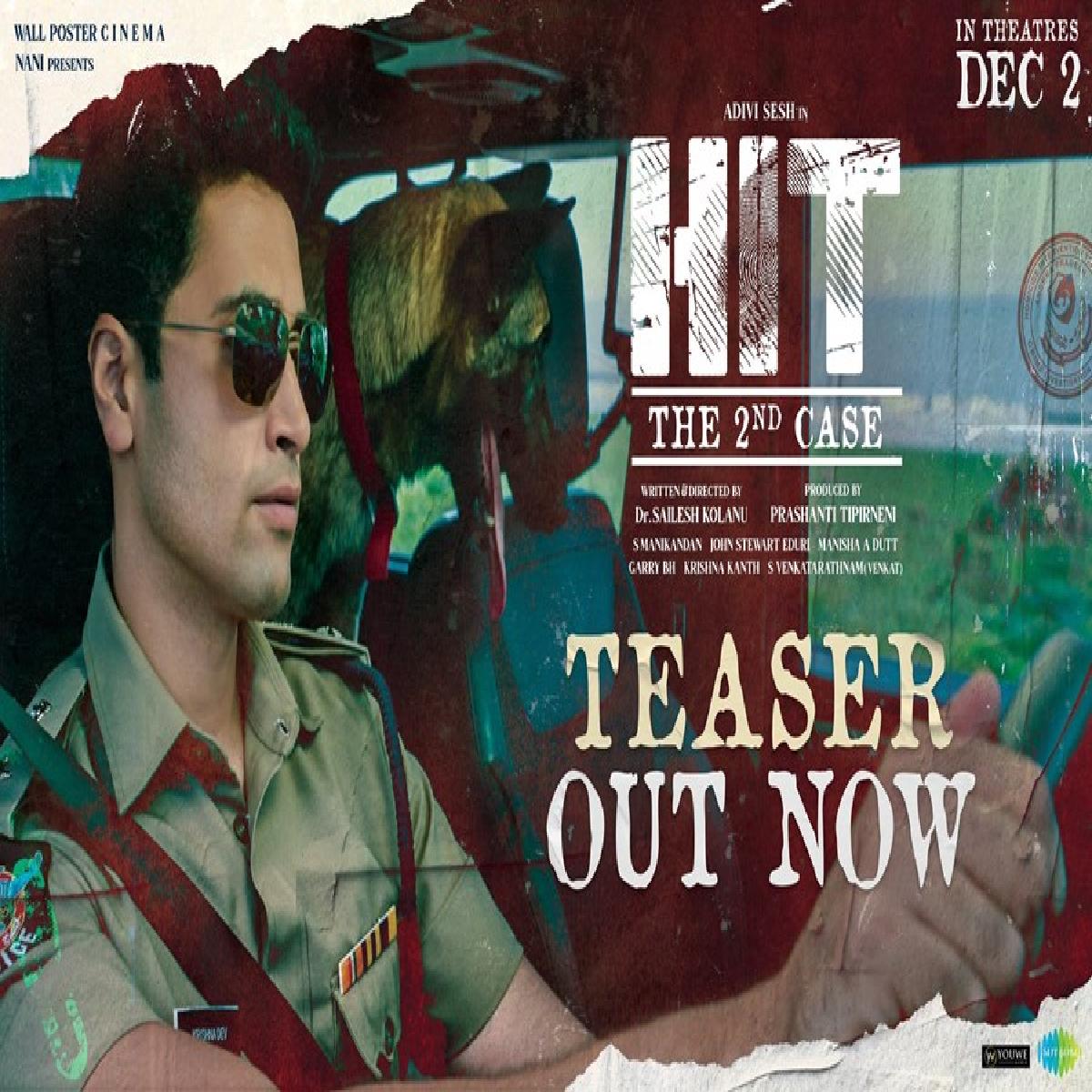 In the teaser, Adivi Sesh essays the role of an arrogant police officer dealing with a gruesome murder of a woman who is butchered brutally in a bar and he's in shock seeing how the body parts have been cut into multiple pieces.

Adivi Sesh is on a mission to find who committed the crime.

Cinematographer S Manikandan, editor Garry BH and music director John Stewart Eduri are part of the technical crew. HIT 2 is all set for a grand release in the theatres on December 2.