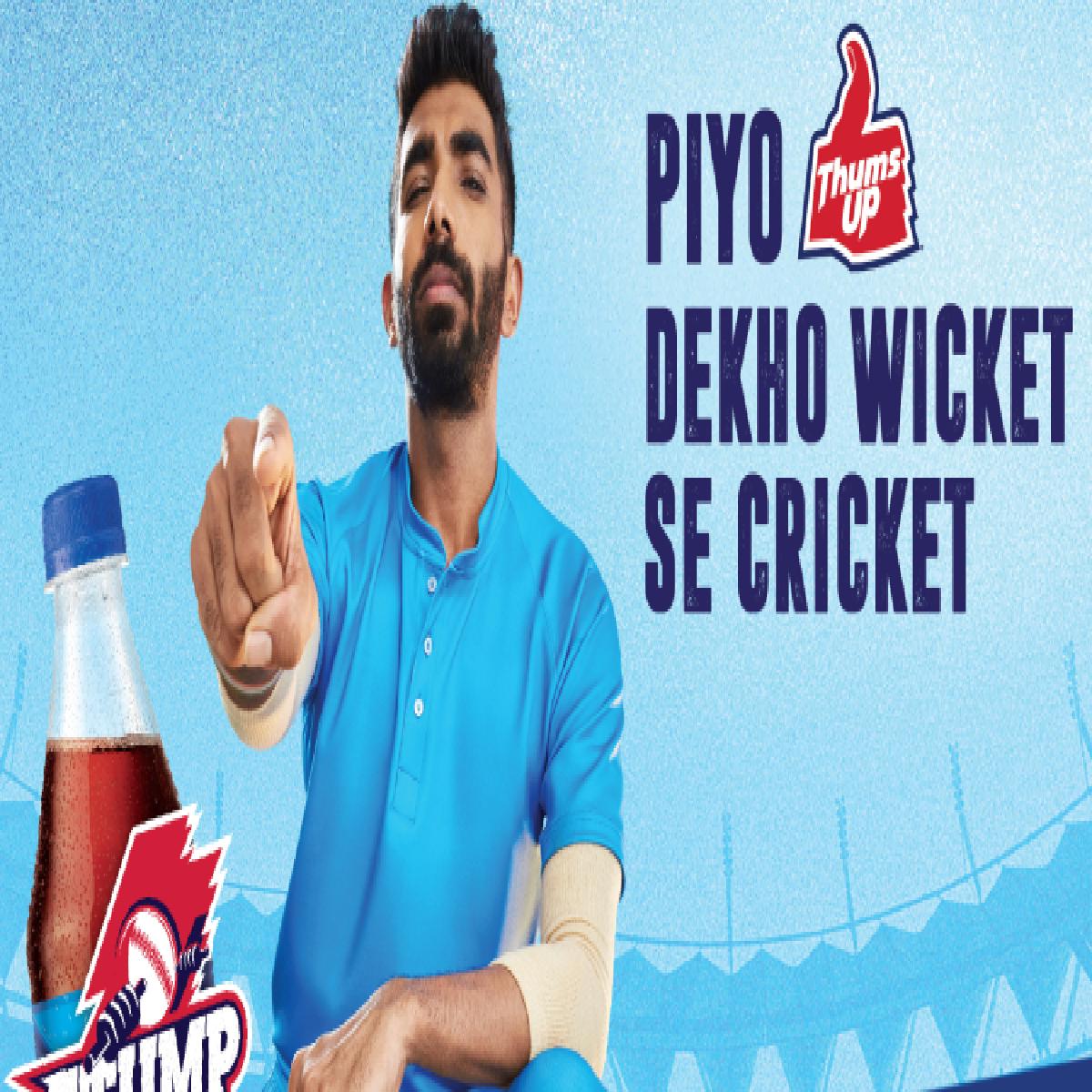 ​With the ICC T20 Men’s World Cup just around the corner, Thums Up, Coca-Cola India’s first billion-dollar homegrown brand, has unveiled a new ‘StumpCam’ campaign to provide audiences with exclusive access to match footage and content. Thums Up will be adopting a digital-first, multi-tech marketing approach to drive consumer engagement for the content-led campaign.

The campaign, which features renowned cricketers and superstar bowlers Jasprit Bumrah, Umran Malik, and Brett Lee, aims to amplify Thums Up’s new “Stump Cam” offering, which will offer a thrilling view into exclusive ’Toofani’ match moments, straight from the pitch. After each World Cup match, the Stump Cam video of ‘Toofani’ cricketing moments will be accessible to viewers by scanning a QR code on the Thums Up bottle. The offering will enable cricket lovers to access unique content from the tournament like never before.

Commenting on the new campaign, Arnab Roy, Vice President & Head-Marketing, Coca-Cola India & Southwest Asia, said, “Cricket is a shared passion which connects billions of fans across genders, generations, and cultures. We are always finding innovative ways to activate passion points like cricket and especially the ICC T20 World Cup. Thums Up’s “Stump Cam” will offer audiences the most ‘Toofani’ view of key moments of the tournament - leveraging the Stump Cam footage was a disruptive opportunity that would bring to fans a complete new way of experiencing the game. We are elated to have on board with us India’s lead bowler and star Jasprit Bumrah, who is an indispensable asset for the Indian team; Umran Malik, who is touted as the fastest bowler in the country today; and one of the legends of the game, Brett Lee. This is the first time we are doing a content-led campaign, voiced by cricketing stalwarts like Harsha Bhogle.”

Commenting on his association with Thums Up, Indian fast bowler Jasprit Bumrah, said, “Thums Up has been a longstanding partner and supporter of events and athletes across sporting formats and I’m extremely happy to have been associated with it for over a year now. It’s exciting to bring to cricket lovers and fans the brand’s new offering “Stump Cam” which will enable them to access thrilling cricketing content from a never-seen-before angle, straight from the pitch and get closer to the game.”

Brett Lee, Australian former international cricketer and one of the fastest bowlers of his time, added, “I am ecstatic to be partnering with India’s most iconic soft beverage brand Thums Up, for their new StumpCam campaign. I have lived and breathed cricket all my life, and I am thrilled to be part of Thums Up’s “Stump Cam” offering, which will excite consumers beyond measure as it gives them the ultimate view of key match moments as if they were watching it right from the pitch. #WicketSeCricket!”

The campaign film has been conceptualized by Ogilvy. Sukesh Nayak, Chief Creative Officer, Ogilvy India says, “Thums Up’s ‘Stump Cam’ is the most daring end-to-end experience idea. It’s the most Toofani, the closest possible view of the ICC T20 Men’s World Cup. And the ticket for this is the Thums Up bottle. We are proud to conceptualise and execute this end-to-end engagement idea in partnership with some incredible partners from the world of content. #WicketSeCricket campaign is an invitation for every Thums Up drinker to experience a Toofan he or she hasn’t had so far.”

Ritu Sharda, Chief Creative Officer, Ogilvy India- North, adds, “From sitting on tree-tops, to gathering around paan shops, India has watched cricket in every possible way. But we wanted to give Thums Up fans an opportunity to get the most toofani ‘view’ in the house and frankly that's where Thums Up Stump Cam found its genesis. We wanted people to really feel the rush of a ball coming right at them at 95 mph. We wanted them to experience cricket, like a cricketer does, right from the middle of the pitch. We are partnering with ICC and Oaktree Sports, for a 24-hour match to pack to screen marathon, making World Cup 2022, the most toofani World Cup you have ever seen. Dum hai toh dekho #WicketSeCricket.”

Thums Up has been a longstanding partner of the ICC (International Cricket Council). The Coca-Cola Company has a long history of partnering with major sporting events around the world, including an eight-decade long association with the Olympics, four decades with the FIFA, and nearly 25 years with World Cup Rugby. These associations with sporting events underscore the company’s philosophy of endeavoring to be a part of the joyous moments and occasions of its consumers.