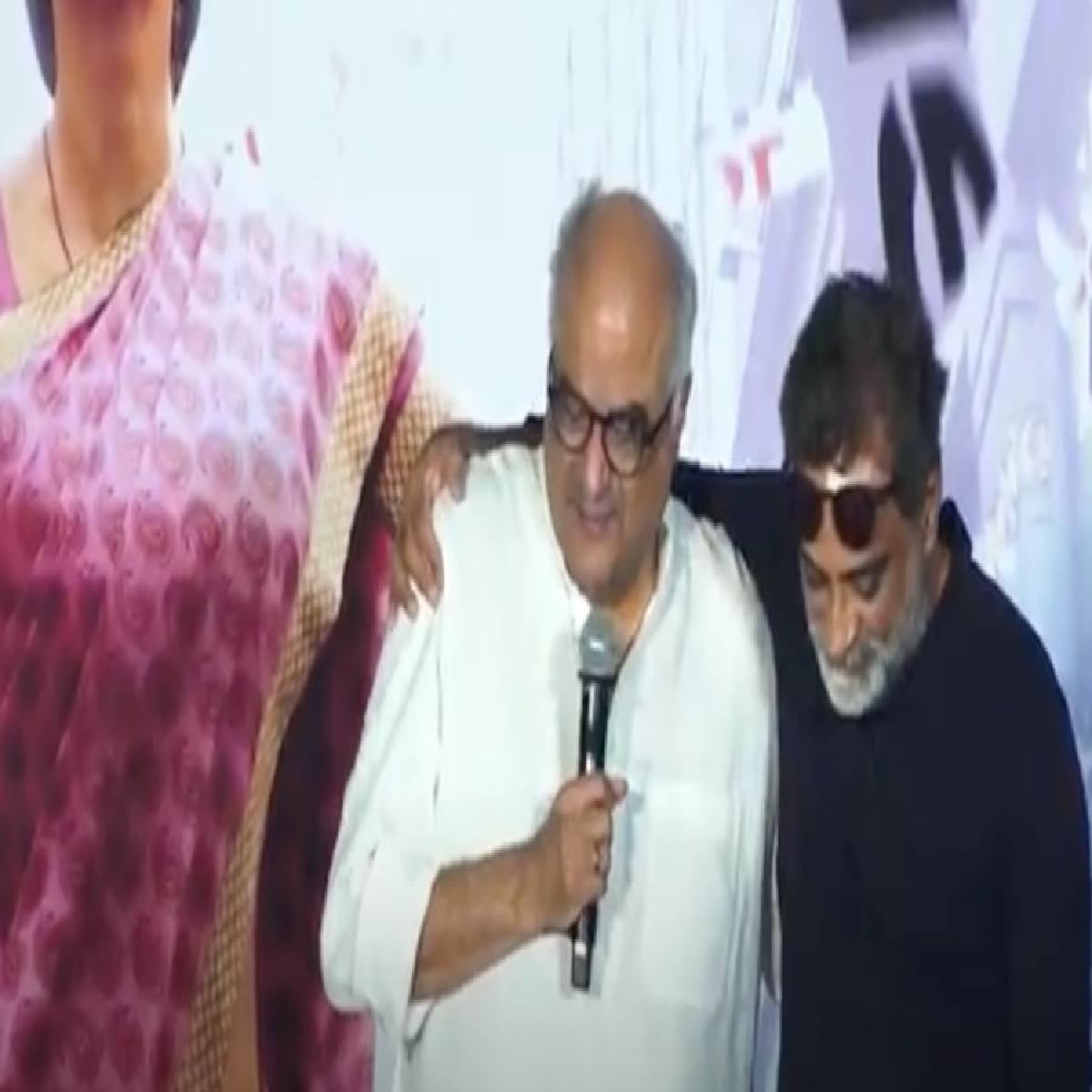 Filmmaker and producer Boney Kapoor, who was married to late actress Sridevi, broken down on stage and started crying, remembering his loving wife during English Vinglish 10 year celebration event.

Boney Kapoor went on stage to say something special about the movie and Sridevi, and mid-sentence he started sobbing. He said, “I don’t have much to say beyond a big thank you to Gauri Shinde. You’ve seen all the good things and as Balki said earlier, but the best thing was this film happening to her and to all of us. I am sure all her fans, who have always given her love, lover her. I wish she was here, thank you Gauri, and thank you Balki”

R Balki had to hold Boney Kapoor and console him, before he walked off the stage.

The panel discussion ended with the announcement that Sridevi's iconic sarees will be auctioned and the proceeds will go towards young women's education.

Remembering Sridevi, Gauri said, "Opportunity to work with Sridevi who at the time was on a sabbatical, was a miracle in itself. Her presence was the most prominent even beyond the camera's lens. Not having her here today is still the most saddening thing. But being here with the rest of the cast and crew, talking about our memories of her and the movie felt great."

Sridevi breathed her last on February 24, 2018, in Dubai, where she had gone to attend a family function.

Written and directed by Gauri Shinde, the film also starred Adil Hussain, Mehdi Nebbou, Priya Anand and Amitabh Bachchan makes a cameo appearance in Hindi, whose portions are reshot for the Tamil-dubbed version with Ajith Kumar replacing him.