Deepika Padukone Is The Most Glamorous, Shah Rukh Khan Unveils A New Poster For Besharam Rang 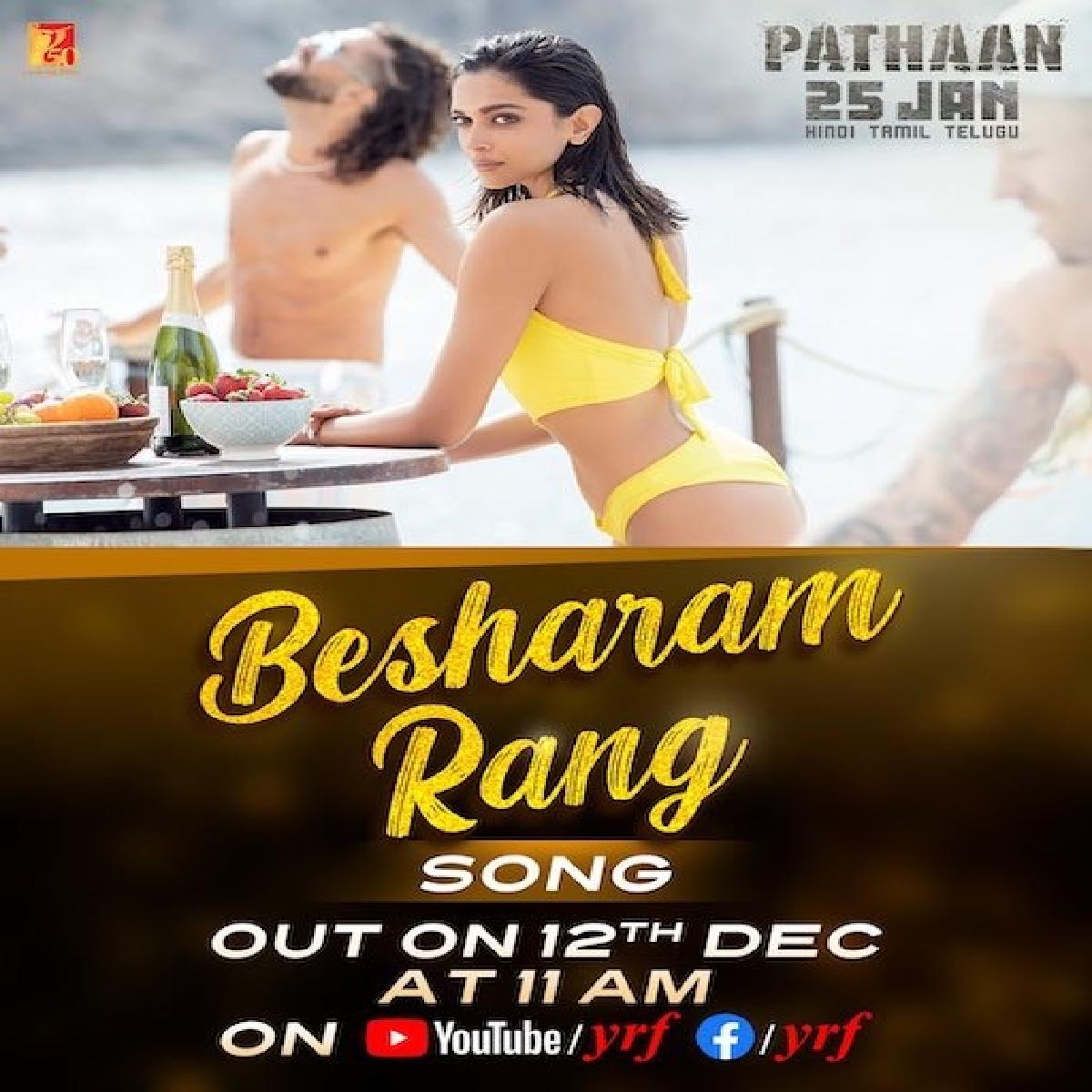 Sharing the new poster on his social media profile, Shah Rukh Khan captioned his post, “Mirror mirror on the wall, she’s the most glamorous of them all! #BesharamRang song dropping on 12th Dec at 11 AM - Celebrate #Pathaan with #YRF50 only at a big screen near you on 25th January, 2023. Releasing in Hindi, Tamil and Telugu. @deepikapadukone @thejohnabraham #SiddharthAnand @yrf @vishaldadlani @shekharravjiani @shilparao @caralisamonteiro #Kumaar @vaibhavi.merchant”

The poster features Deepika Padukone looking glamorous and stunning as ever as she poses in yellow swimwear. The track will release on December 12, which is composed by Vishal Dadlani and Shekhar Ravjiani and crooned by Shilpa Rao.

Pathaan is unarguably one of the most awaited films of 2023. The film has been directed by Siddharth Anand and it has been produced by Yash Raj Films. The film stars Deepika Padukone and John Abraham alongside SRK.

The film will release in Hindi, Tamil and Telugu on January 25, 2023. Pathaanmarks Shah Rukh Khan and John Abraham's first collaboration.