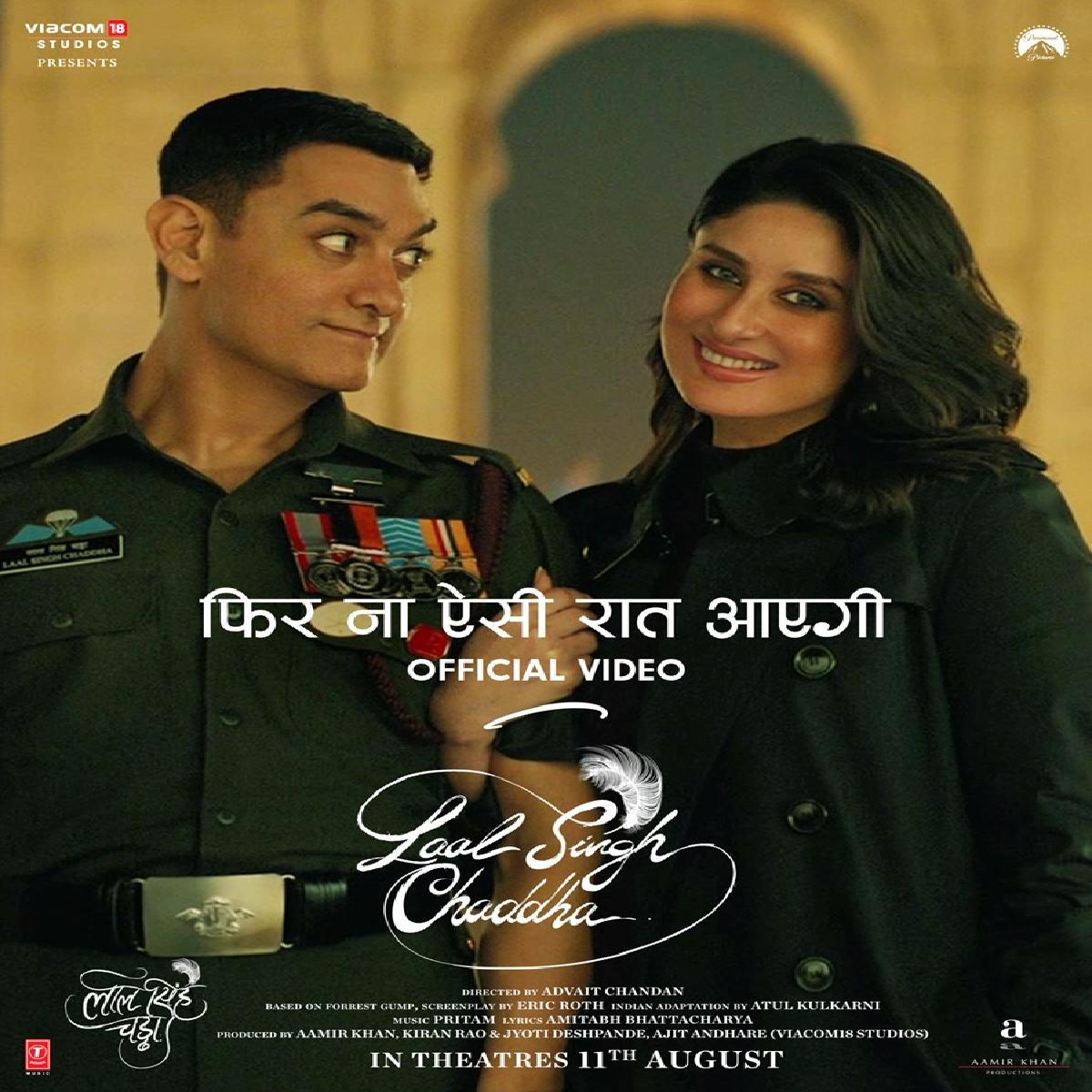 The official handle of Aamir Khan Productions shared the video song on social media. It said, “Reminisce the bitter-sweet moments of unrequited love with the magical voice of Arijit Singh in #PhirNaAisiRaatAayegi, song video out now. #LaalSinghChaddha #AamirKhan #KareenaKapoorKhan

The one minute video, opens with Aamir Khan as Laal Singh Chaddha and Kareena Kapoor Khan as Rupa, are meeting after a long time. Though Laal knows he loves Rupa, but just couldn’t find the courage or words to express it.

The song is crooned by Arijit Singh, composed by Pritam and written by Amitabh Bhattacharya. It is very first song which was released from the entire album and probably the most loved number as well.

Laal Singh Chaddha is an official adaptation of Hollywood classic Forrest Gump, the film is helmed by Advait Chandan from a screenplay by Eric Roth and Atul Kulkarni. The film also star south sensation Naga Chaitanya in his Hindi debut and Mona Singh.

The film is produced by Aamir Khan Productions and Viacom18 Studios, and slated for 11th August 2022 release

First Look Poster Of Siya Is Out

Silent Land Trailer Is Out