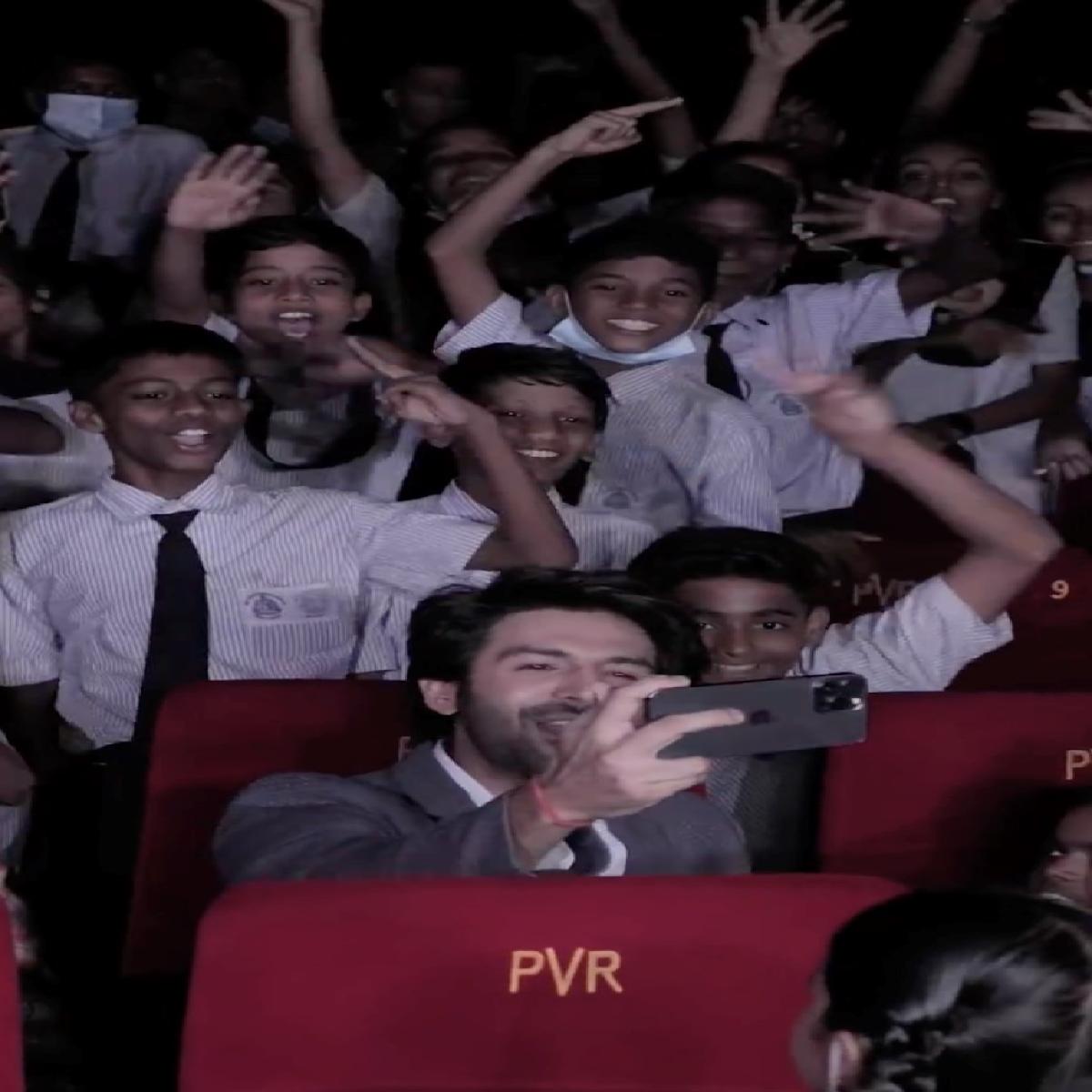 After testing negative for Covid-19, actor Kartik Aaryan was snapped at the special screening of Bhool Bhulaiyaa 2 for CRY foundation kids in Mumbai and expressed his joy and excitement for the screening and the kind of response the standalone sequel is getting.

While interacting with NewsHelpline at the screening, Kartik Aaryan said, “I am happy that kids wanted to watch the film and I was able to organize it, they approached us and asked us to organize the screening, and I am so glad that I am here, and the screening could take place”

Adding about the box-office success of the film, Kartik said, “I am really happy for the screening, I am really happy with the kind of response the film has got, and I am excited that I was able to come here with kids for screening”

The actor interacted with the kids post the film, sang and danced, and also posed with them multiple times, all in all, a day to remember for the kids.

The film is helmed by Anees Bazmee, written by Aakash Kaushik and Farhad Samji, and produced by Bhushan Kumar and Krishan Kumar under the banner T-Series Films and Murad Khetani and Anjum Khetani under the banner Cine1 Studios. The film also stars Kiara Advani, Tabu, Rajpal Yadav, Sanjay Mishra and more.

Kartik also has films like Shehzada, Captain India, Freddy, and Sajid Nadiadwala's untitled next in his kitty