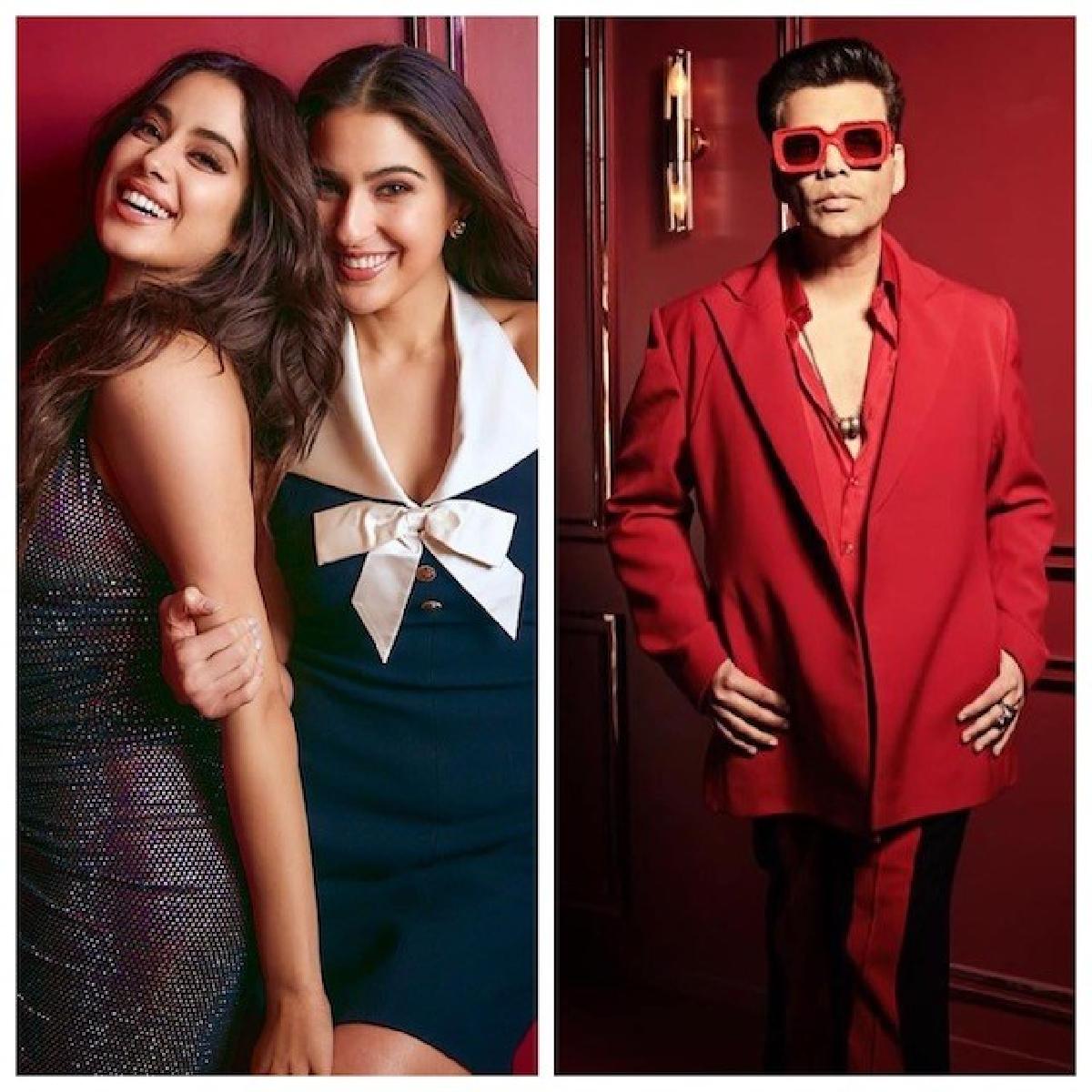 Filmmaker Karan Johar has often faced heat for favouring star-kids but this time around he was accused to favouring Janhvi Kapoor over Sara Ali Khan, when the duo featured on Koffee With Karan Season 7.

Now the filmmaker Karan clears the air about the issue and claims that he loves them dearly, it’s just that people misread his intentions.

When asked about favouring Janhvi Kapoor over Sara Ali Khan on the talk show, Karan Johar said, “That is completely untrue, I was just feeling bad that Janhvi Kapoor lost both the rounds. She lost the rapid fire round and the game round, I was perhaps just trying to be nice but people read it

wrong. I love them both dearly, both are wonderful artists and girls, and I have known them since they were toddlers, so there is no question of a bias, not possible, not ever”

When asked if Karan is interested in casting Ranveer and Vijay together in a film, the filmmaker said: “If both of them are ready, I can sign them right away really! I think Ranveer is an actor who never had any problem with a two-hero film. He is not someone who wants all the focus on him in a film,

he is a team player. He looks for character and not who are the other actors. In fact, we were making a film ‘Takht’ but it has got postponed now. Ranveer never had an ego on such things, he is an artist.”

Liger is written and directed by Puri Jagannadh. The film is produced by Dharma Productions and Puri Connects, starring Vijay Deverakonda as a MMA fighter boxer alongside Ananya Panday, Ronit Roy and Ramya Krishna and Mike Tyson in pivotal roles.

Liger is scheduled for theatrical release on 25 August 2022.