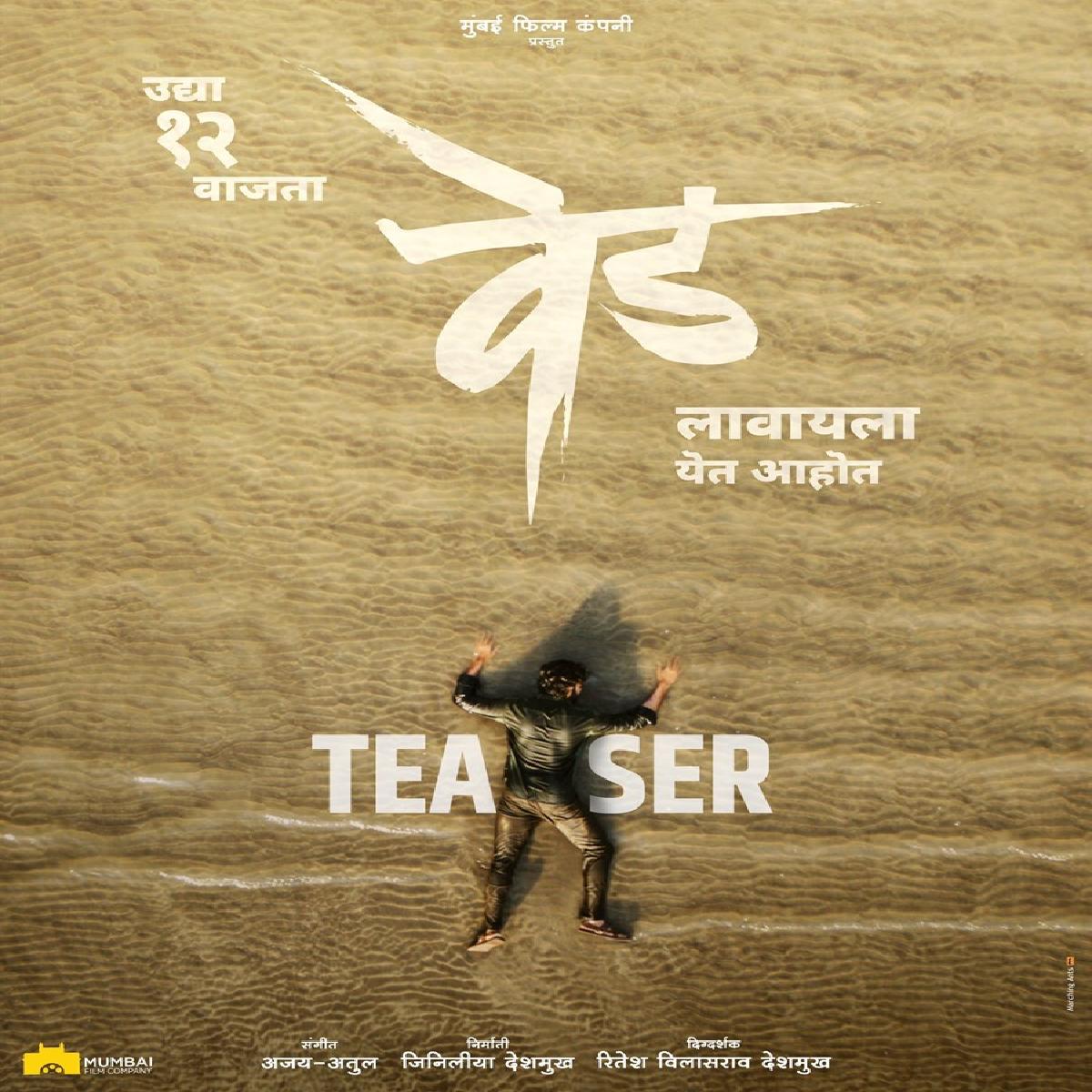 Genelia Deshmukh took to her social media profile and dropped a brand new poster, she captioned it, “A little love, a little hate, And the whole crazy thing. Tomorrow brings a glimpse (teaser) The ‘Ved Teaser’ releases Tom at 12 noon…. There is no greater madness than madly falling in love. #ved30thdec”

Apart from Ved, actor Riteish and Genelia were also part of comic caper revolving around male-pregnancy titled Mister Mummy, the film released last week and didn’t quite do all that well at the box-office.