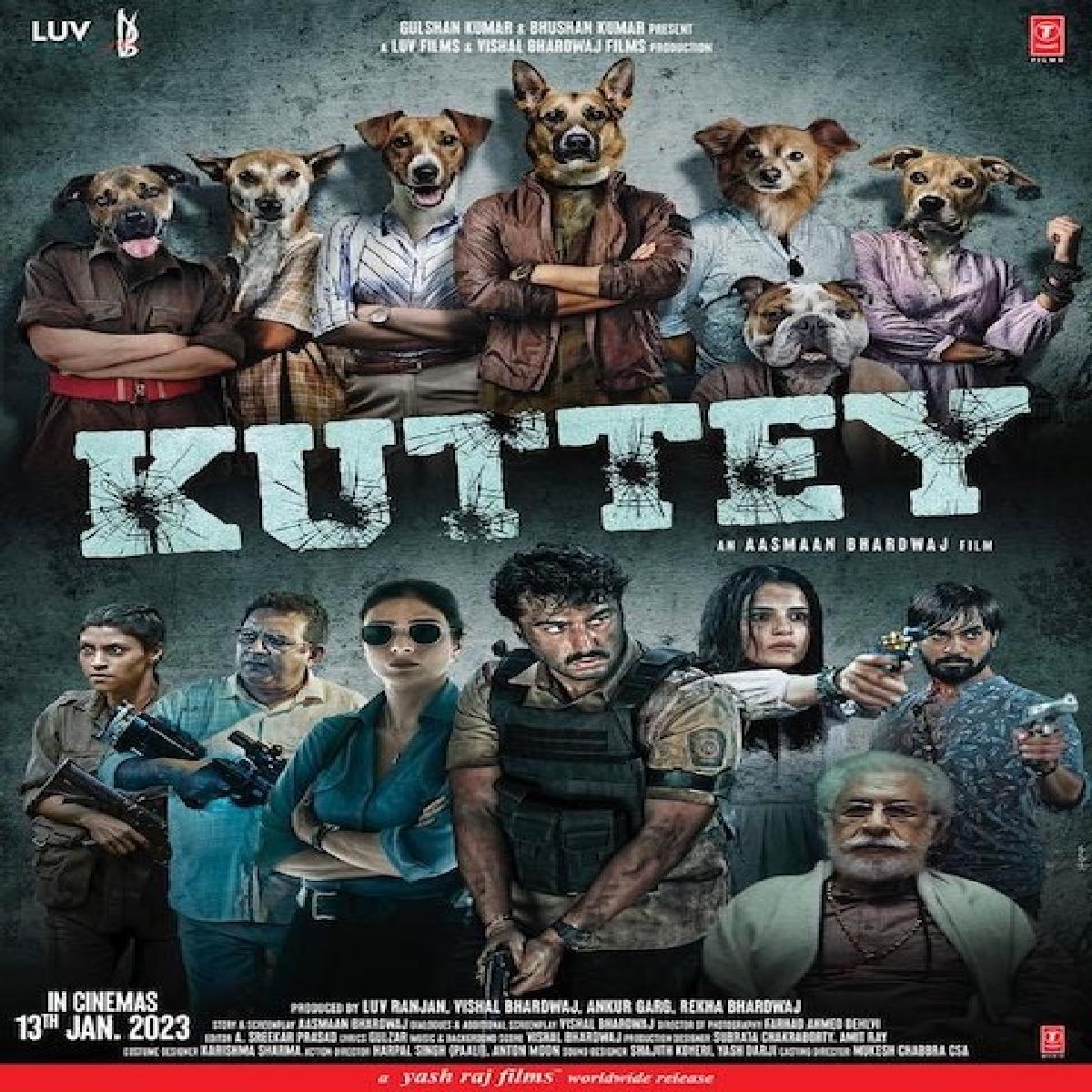 One crooked politician, a team of corrupt police officers and one wild girl, who wants to defy middle-class norms, all plans to rob a van filled with cash, at the same time, without knowing that others are planning as well, the first official trailer of Kuttey is out.

A van carrying crores of cash. One rainy night in the outskirts of Mumbai. Unaware of each other, three stray gangs cross paths on the hunt. Unfortunately, all of them have the same plan. Bullets... Blood... Betrayal... It’s every man for himself... All the dogs after one bone. Will these dogs bite the bone, or will they lose to greed?

The film marks the first ever association of Vishal and Arjun Kapoor. The music for Kuttey has been composed by Vishal Bhardwaj and written by Gulzar.

Apart from Kuttey, actor Arjun Kapoor is also shooting for the film, titled The Lady Killer, a directorial venture of Ajay Bahl, the thriller is produced by Bhushan Kumar and Shaaliesh R Singh, also starring Bhumi Pednekar in the lead role.