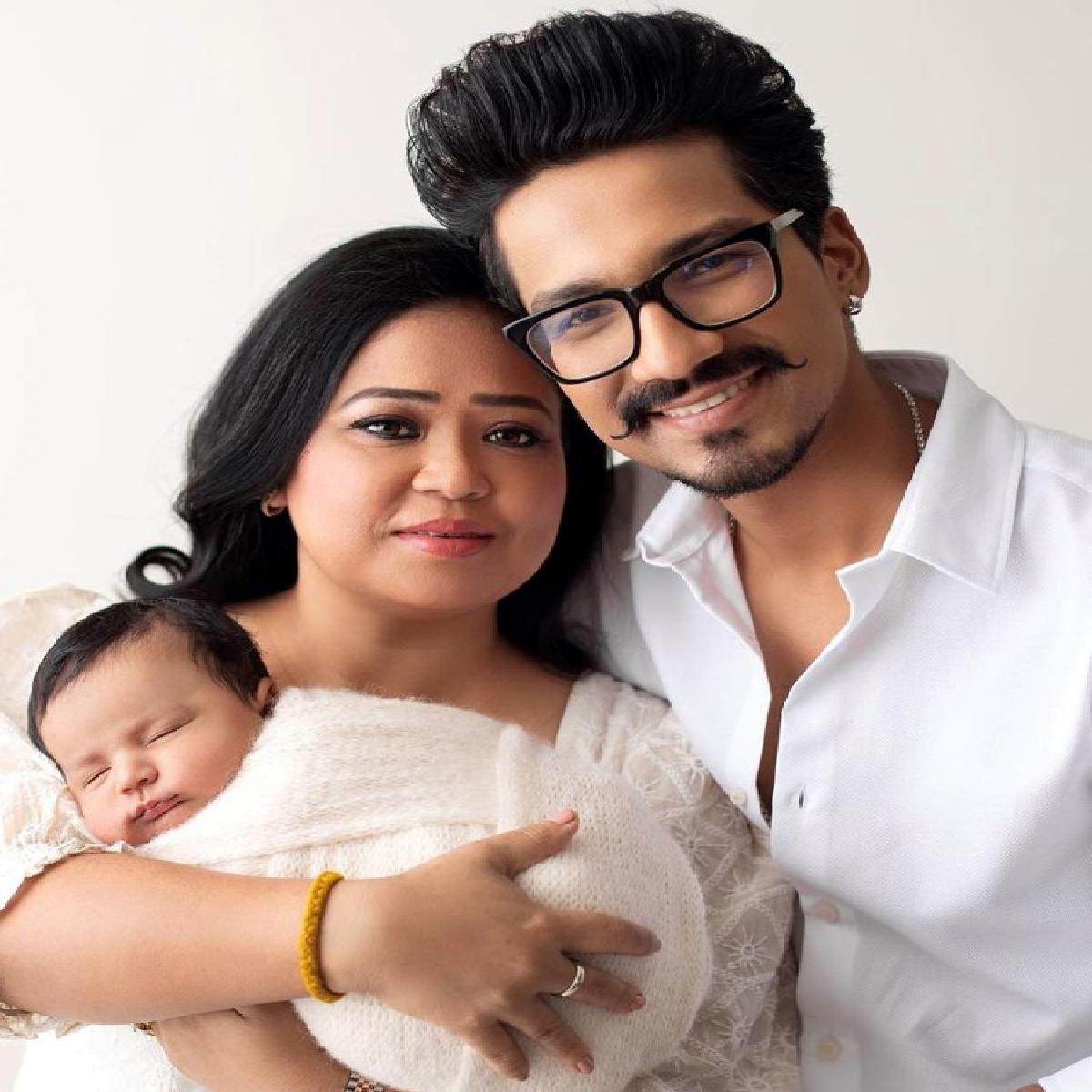 Actress and comedian Bharti Singh and Haarsh Limbachiyaa are enjoying every bit of parenthood. The couple, who welcomed a baby boy on April 3, finally revealed their son's face on social media in a grand way.

Bharti took to her social media profile and shared a series of picture with Harsh and son Laksh, she captioned her post, “miliye humare bete LAKSH se, Ganpati bappa moriya”

To reveal their little munchkin's face in a grand way, Bharti and Haarsh dressed in all-white outfit and are seen holding the little kid lovingly.
For the unversed, Laksh recently turned three months old on July 3.

Singh married writer Haarsh Limbachiyaa in 2017 and the duo welcomed their first child on 3 April 2022.

The duo also hosted their own project, The Khatra Khatra Show, a  comedy game show series with many guest stars that aired on Colors TV. The show is also digitally available on Voot.  The third season aired from 13 March 2022 to 20 May 2022.