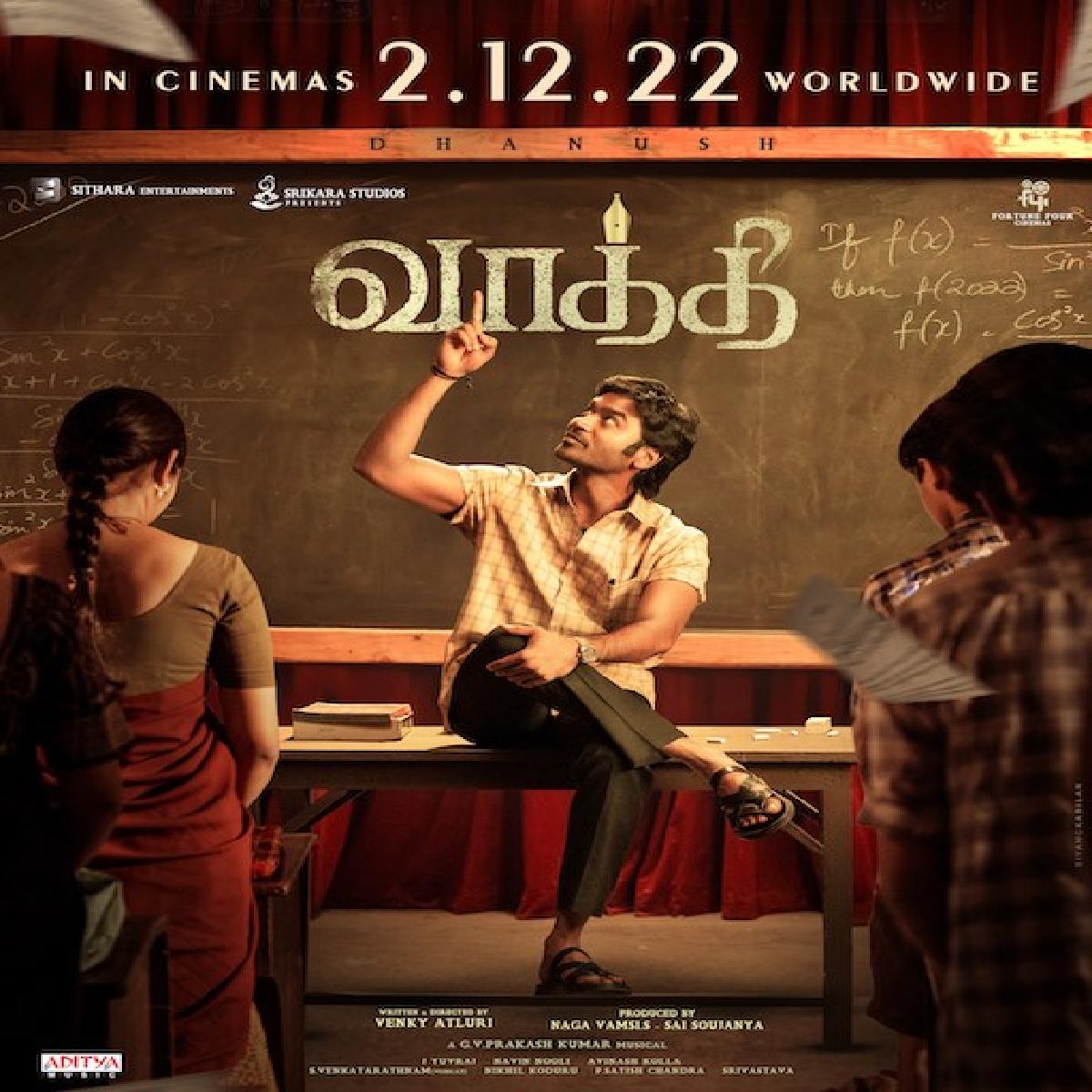 After revealing an early teaser, the makers of Dhanush starrer Sir, drops the release date of the movie with new poster.

Written and directed by Venky Atluri, the movie is confirmed to release in theatres on December 2, 2022. The makers took to their social profiles to announce the same with a brand new poster.

Samyuktha Menon is playing the female lead in this movie, produced by Naga Vamsi and Sai Soujanya under Sitara Entertainments and Fortune Four Cinemas banners, respectively. GV Prakash Kumar is the music director for this flick, which is currently in the shooting phase.

Sir will be Dhanush's debut in the Telugu film industry. He is also busy his director-brother Selvaraghavan's Naane Varuven, which is a psychological action thriller film.