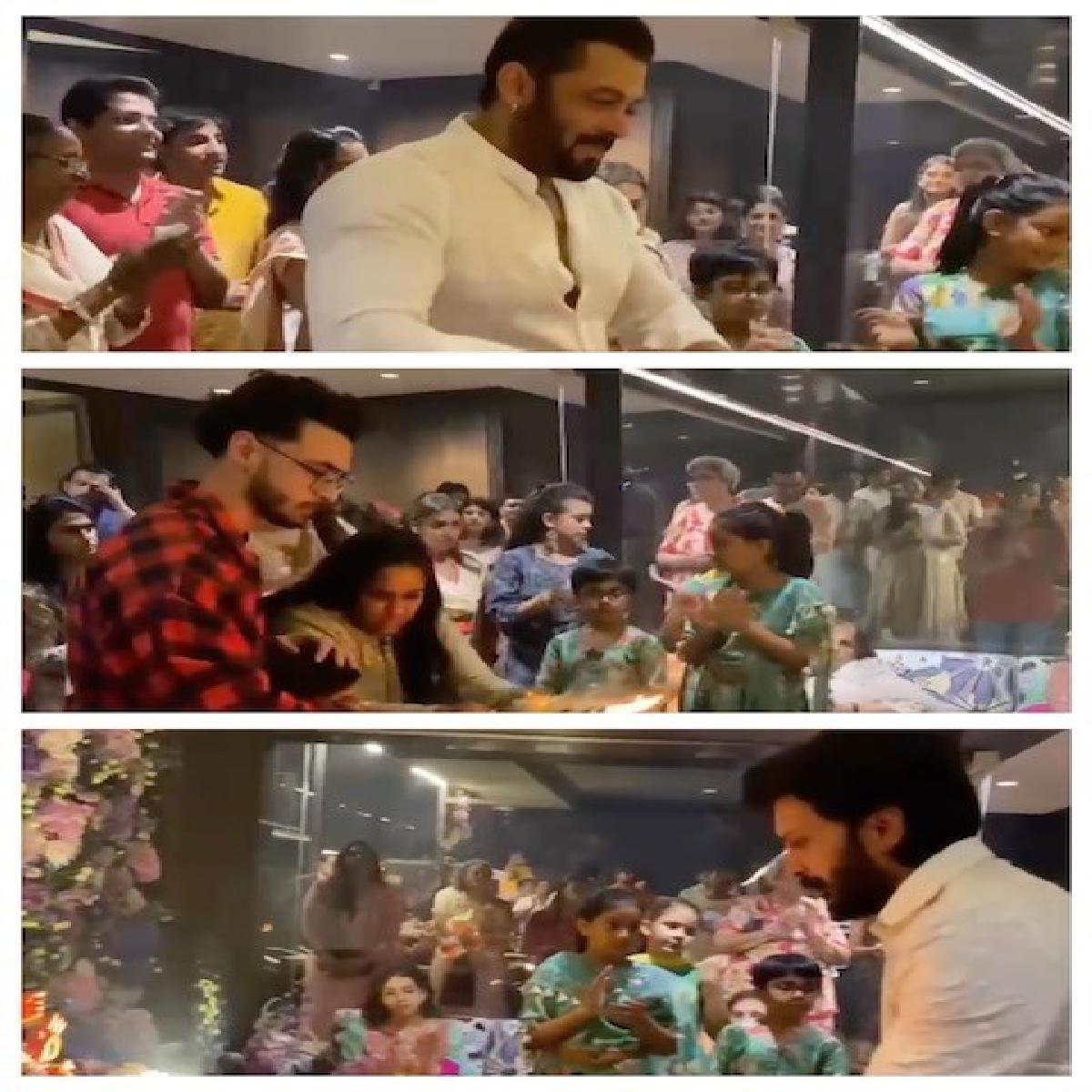 In the clip, a person gave Salman a pooja thali (plate). The actor gestured to a child, who stood nearby looking at him, if he wanted to join him. After the boy shook his head, Salman smiled and started doing the aarti. He also looked and smiled at a girl standing next to the boy.

The clip also showed Arpita, her husband-actor Aayush Sharma and their son, Ahil Sharma, doing aarti together. Salman was also seen grooving to the music played on the occasion as Arpita stood next to him with daughter Ayat sleeping in her arms.