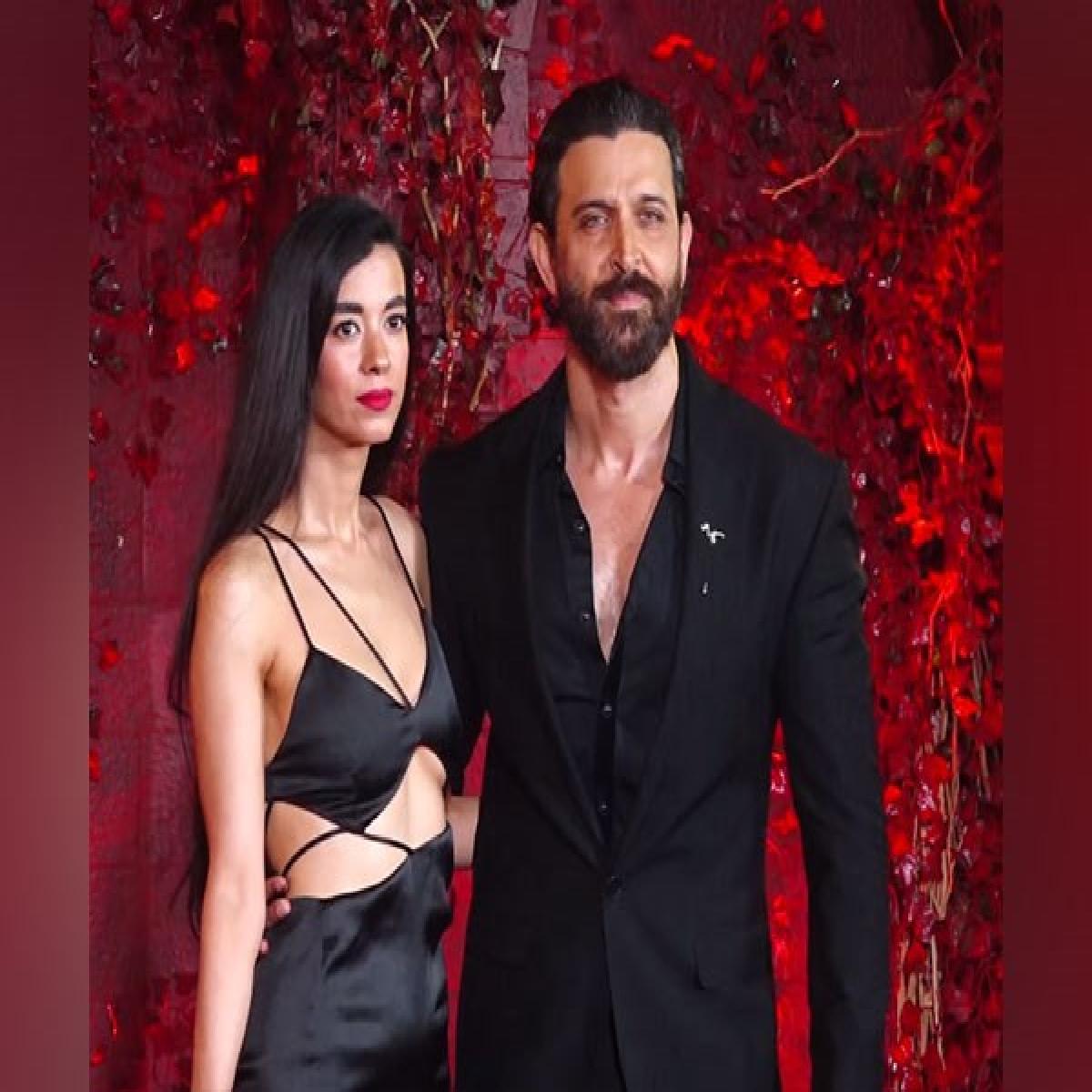 Actor Hrithik Roshan and Saba Azad are rumoured to be dating for the longest, but now the duo makes it official at the 50thBirthday Bash of filmmaker Karan Johar.

Filmmaker Karan Johar hosted his 50th birthday bash at YashRaj Studios and entire Bollywood was in attendance. Superstar Hrithik Roshan arrived with his girlfriend Saba and posed for the paparazzi, driving the netizen crazy.

Hrithik Roshan arrived at the party along with his girlfriend Saba Azad. They made a dashing entry by walking hand-in-hand. The two also posed for shutterbugs gathered outside the party venue. In one of the viral videos, Hrithik is seen introducing sweetly introducing Saba to guests by telling them her name.

The couple complemented each other by sporting black apparel. Saba dazzled in a black cut-out dress, while Hrithik looked dapper in a black suit.

Hrithik's former wife Sussanne Khan also appeared at the party. She attended the bash with her rumoured boyfriend Arslan Goni.

Rumours about Hrithik and Saba started when they were spotted out on a dinner date together in February. Later, Saba also joined Hrithik's family for a get-together. The two have neither confirmed nor denied their relationship, though their public appearances have spoken volumes.

Meanwhile on the work front, Hrithik Roshan is bust wrapping his next film, Vikram Vedha, with Saif Ali Khan.