Kartik Aaryan And Ganesh Acharya Collaborating For A Song 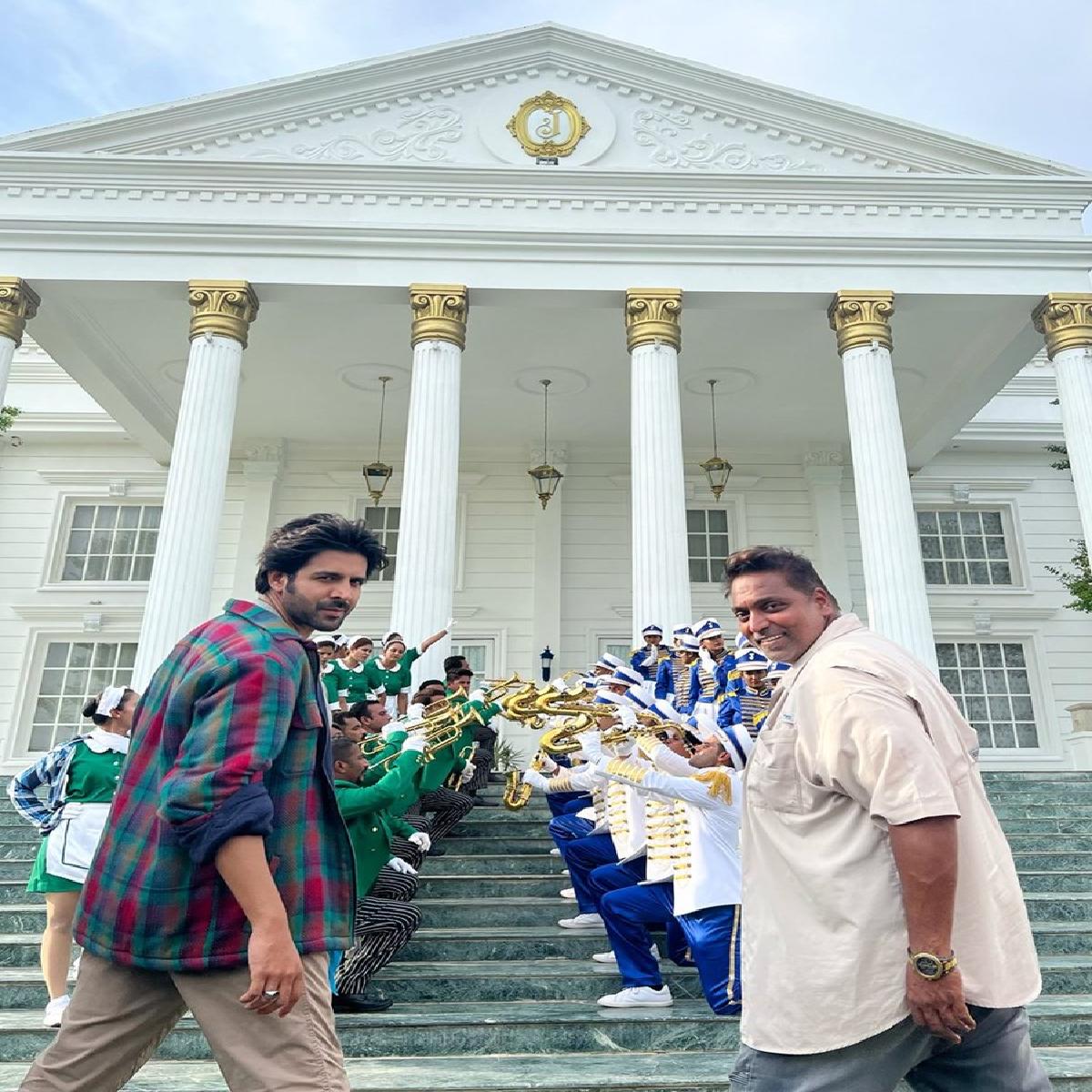 After the success of Bhool Bhulaiyaa 2, actor Kartik Aaryan is on cloud nine and rightly so as his forthcoming film line-up is most impressive and speaks of his choices as an actor, currently the actor is shooting for Shehzada and announces the shoot of first song with Ganesh Acharya.

Kartik Aaryan is shooting for Shezada in Haryana, he shared a picture with choregrapher Ganesh Acharya along with the entire troupe standing infornt of tall white building. He captioned it, “First song with Master Ji, Actually Master G - G for Genius, #GaneshAcharya #Shehzada #RohitDhawan”

Shehzada is helmed by Rohit Dhawan, the film is touted as an action-packed family musical film. Paresh Rawal, Manisha Koirala, Ronit Roy, and Sachin Khedekar are also a part of the film. It is the Hindi remake of the Telugu blockbuster 'Ala Vaikunthapurramuloo', which starred Allu Arjun.

Apart from Shehzada, Kartik recently announced that he has signed a project with Sajid Nadiadwala's production house which will be helmed by Kabir Khan. Kartik will also be seen in 'Freddy' opposite Alaya F. Produced by Ekta Kapoor, the film is touted to be a romantic thriller.

He also has Hansal Mehta's 'Captain India' in his kitty. Bankrolled by Ronnie Screwvala and Harman Baweja, the film revolves around India's most successful rescue operations from a war-torn country.