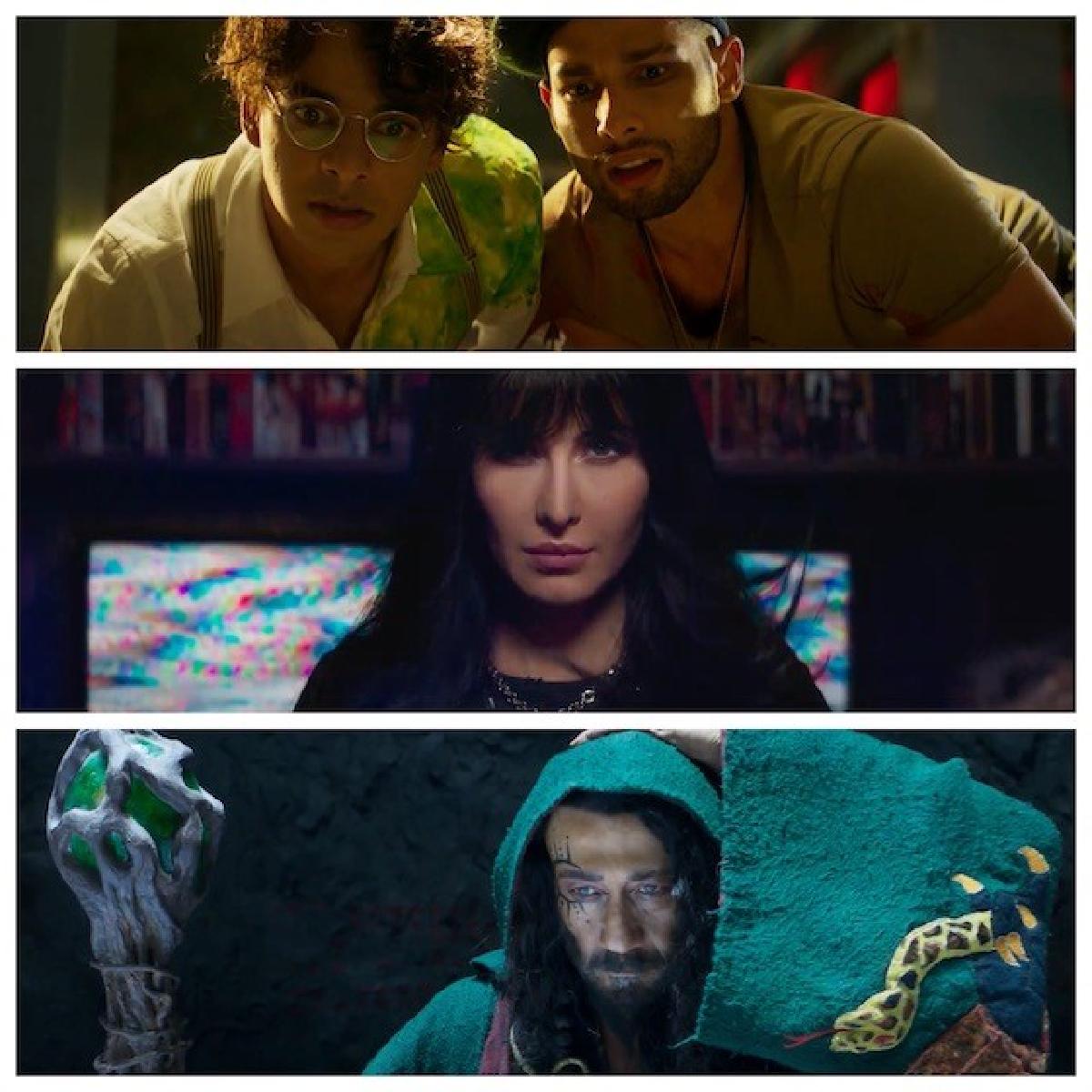 Katrina Kaif, Ishaan Khattar and Siddhant Chaturvedi starrer Phone Bhoot, a hilarious comic caper about two ghostbusters, one ghost and one baddie is finally out.

The film features Katrina as a Ghost, who is a good spirit, comes up with a plan with Ishaan and Siddhant, who has the strange ability to see ghosts, help other spirits who are troubled and couldn’t find a way to move out of this world.

Jackie Shroff as Aatma Ram, who is this evil spirited baddie in the film, captures departed souls and prevents them from passing on peacefully. And hence the tussle begins.

The concept is brand new, and the trio in the trailer looks good, their on-screen shenanigans and chemistry is fun to watch. The trailer has already crossed a million hits within hours of its release.

Phone Bhoot is directed by Gurmmeet Singh and it releases theatrically on November 4, 2022.