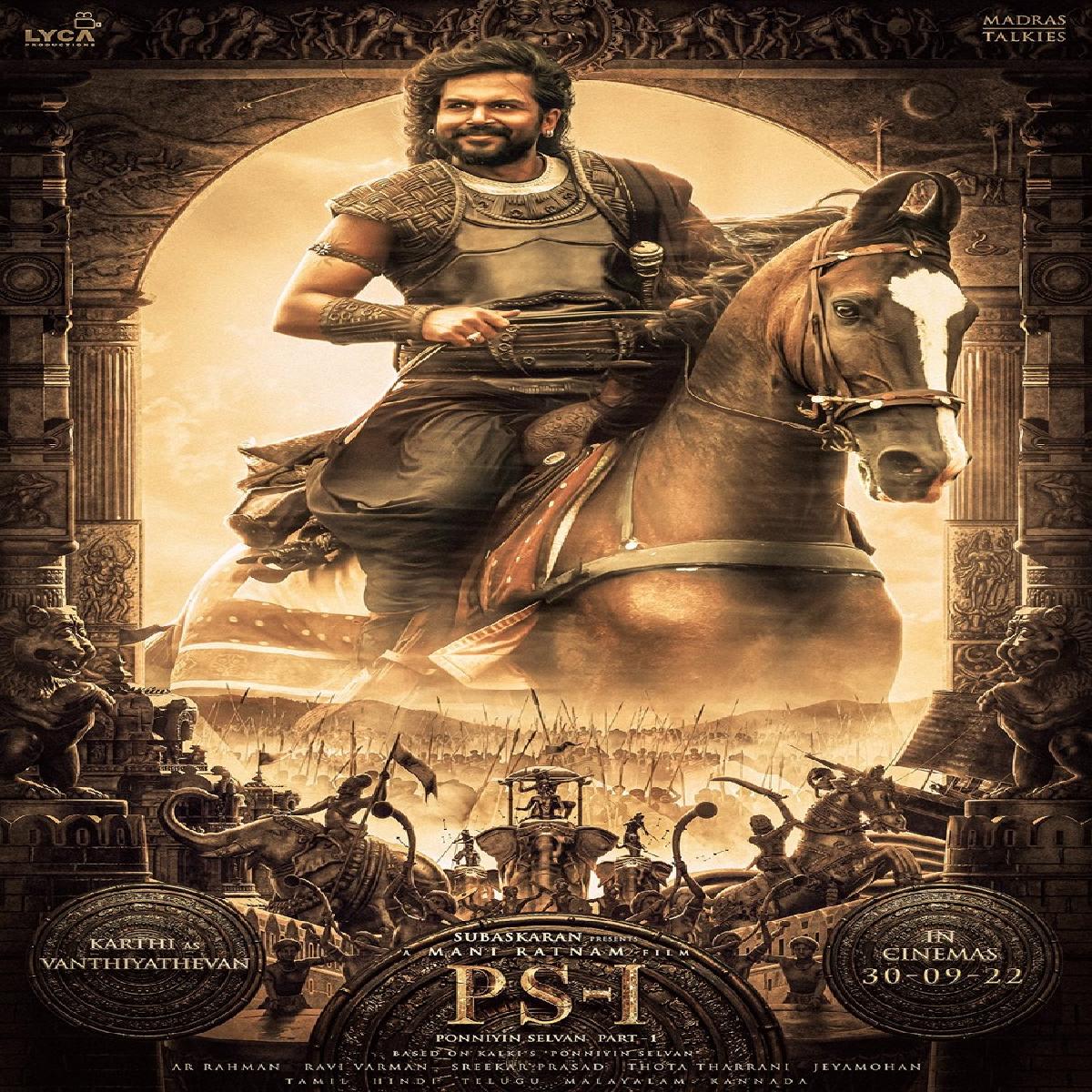 Just yesterday, the makers dropped the first look for Vikram as Aditya Karikalan, and now Karthi’s first look poster is out. The film is helmed by Mani Ratnam.

The film is based on the classic Tamil novel Ponniyin Selvan by eminent writer Kalki. The brilliant story, that revolves around the early life of prince Arulmozhi Varman, who on went on to be known as the great Raja Chozhan, is one of a kind.

The film stars Vikram, Aishwarya Rai, Trisha, Karthi, Jayam Ravi, Jayaram, Parthiban, Lal, Vikram Prabhu, Jayaram, Prabhu and Prakash Raj among others. The film, the first part of which is set to hit screens on September 30 this year, will release in five languages - Tamil, Telugu, Malayalam, Kannada, and Hindi.

Darlings Teaser Is Out And This One Is Chillingly Intense