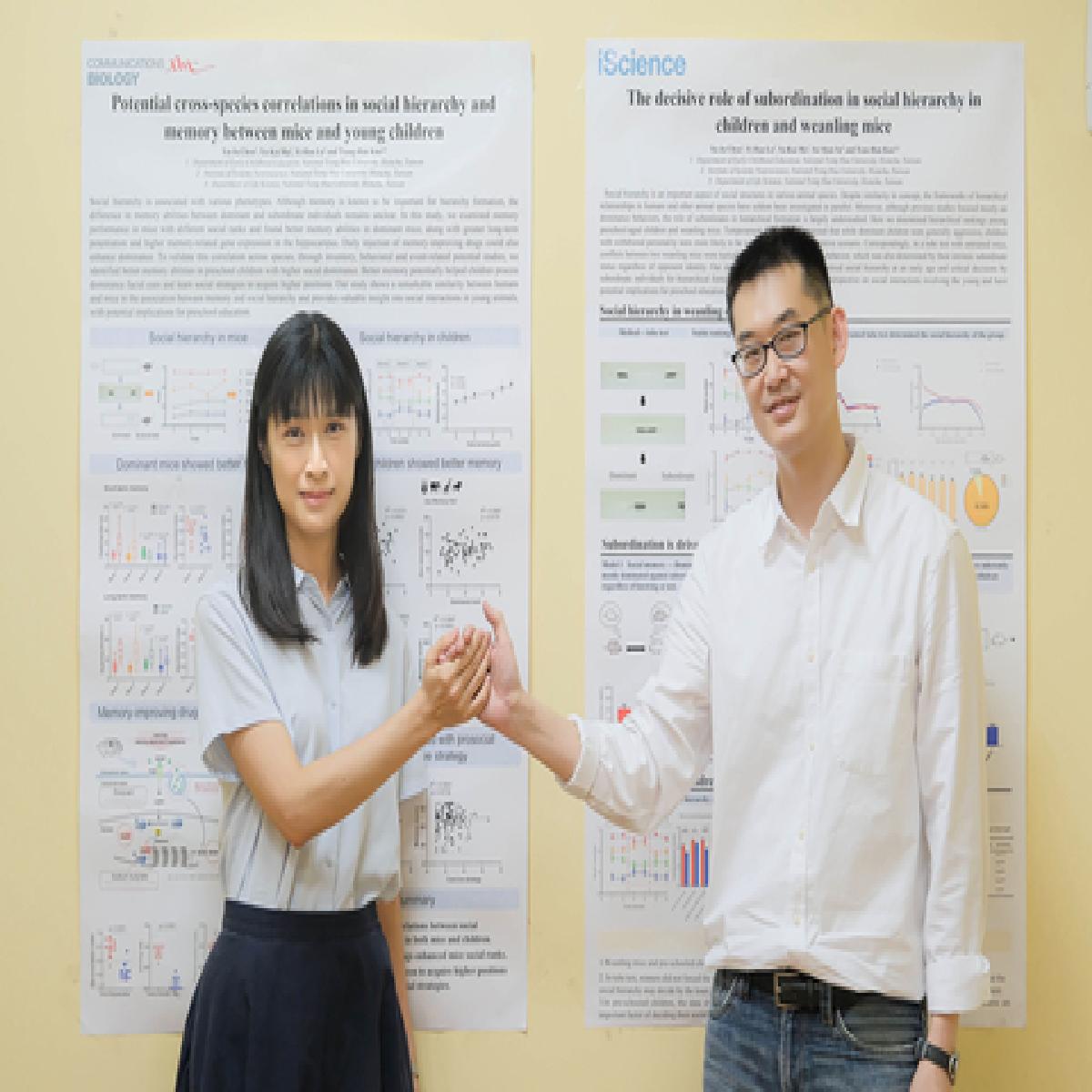 The key to success is not giving up! Cross-species research conducted by an interdisciplinary research team at National Tsing Hua University (NTHU) led by professors Yu-Ju Chou from the Department of Early Childhood Education and Tsung-Han Kuo from the Institute of Systems Neuroscience has found that the social hierarchies of children and mice are similarly formed at an early age. Surprisingly, they discovered that these hierarchies are not so much determined by who is stronger, but rather by who is willing to yield.

Their research was published in iScience, a sub-journal of Cell. They suggest that parents and teachers should pay close attention to social interaction among children, and provide extra guidance and encouragement to timid or submissive children.

The experiment used to identify young mouse hierarchy is a “tube test,” in which one mouse is forced to retreat by an opponent into a narrow tube. Surprisingly, the outcome is not determined by any particular behavior of the dominant mice, but rather by the inclination to yield among the submissive mice, which could be characterized as the “loser’s decision.”

The team also conducted behavioral experiments on preschoolers and attained similar results. Chou said that the children who won the competition didn’t really need to exert too much effort. The losers either readily gave up or were easily convinced to acquiesce by their opponents. While some children were able to dominate the game by commending others, submissive children were less persistent and more likely to retreat.

Kuo said the results suggest that sometimes the key to success is simply perseverance and holding fast to the original goal. Chou points out that parents and teachers should pay more attention to submissive and timid children. Improving their self-confidence by providing positive experiences of success will greatly benefit their interpersonal relationships.

The study was sponsored by the Office of Research and Development. The merger of NTHU with National Hsinchu University of Education six years ago resulted in extensive cooperation, including this exemplary research.

Chou and Kuo agreed that cross-disciplinary cooperation brings a new perspective to their research. Chou said that there are many ethical restrictions in human studies. In contrast, the fewer number of constraints in animal experiments allows researchers to perform more invasive manipulations in mice. Kuo said that, since mice cannot talk, we can only observe simple behaviors to interpret their social hierarchy. Children, on the other hand, have a much more complex and interesting range of behaviors.

In a follow-up project, Chou and Kuo teamed up with Dr. Shi-Bing Yang from Academia Sinica and found a positive correlation between hierarchy and memory. The study showed that memory-improving drugs can enhance not only memory but also social dominance in mice. It also suggested that children with a better memory are good at adopting social strategies and recognizing dominant facial cues, which is conducive to leadership. This research has recently been published in the journal Communications Biology.