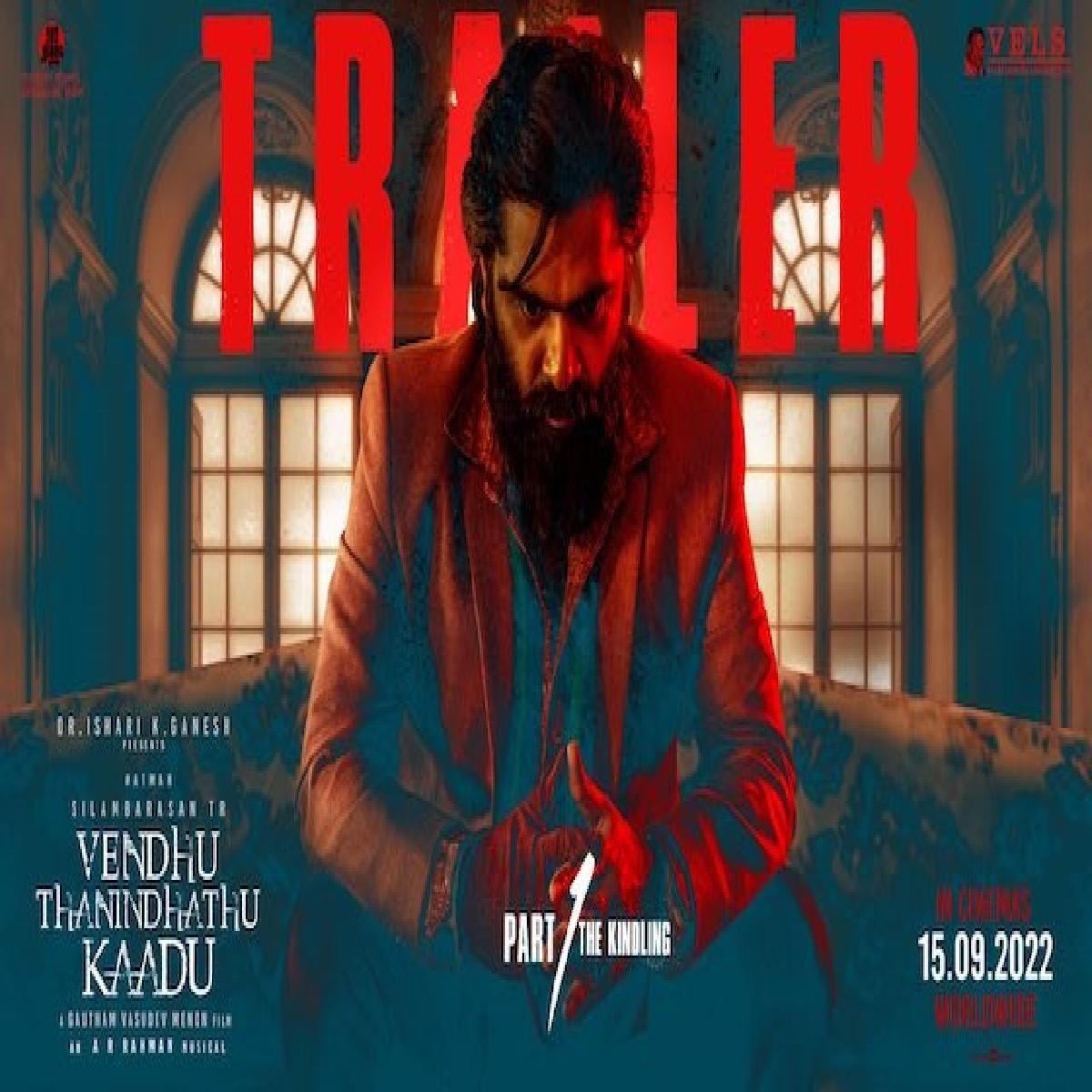 The first official trailer and entire music album of Vendhu Thanindhathu Kaadu is finally out and both are trending on social media.

A musical gangster film directed by Gautham Vasudev Menon, written by B. Jeyamohan and produced by Ishari K. Ganesh, stars Silambarasan, Siddhi Idnani, and Raadhika Sarathkumar in the lead roles.

The trailer opens with a voice over from director Gautham Menon himself conveying that it is a story of an ordinary man turned gangster. A completely slimmed down Simbu easily gets into the skin of a lower middle class man and then it’s all intense and raw action.

With the music, AR Rahman shows a different side, amplifying the gravity of the situations the characters are seen in. It is also pretty evident that Ishari Ganesh has left no stone unturned by providing lavish production value to the film.

The makers are planning to make the film into 2 part cinematic spectacle, the first part is scheduled to be released in theatres on 15 September 2022.