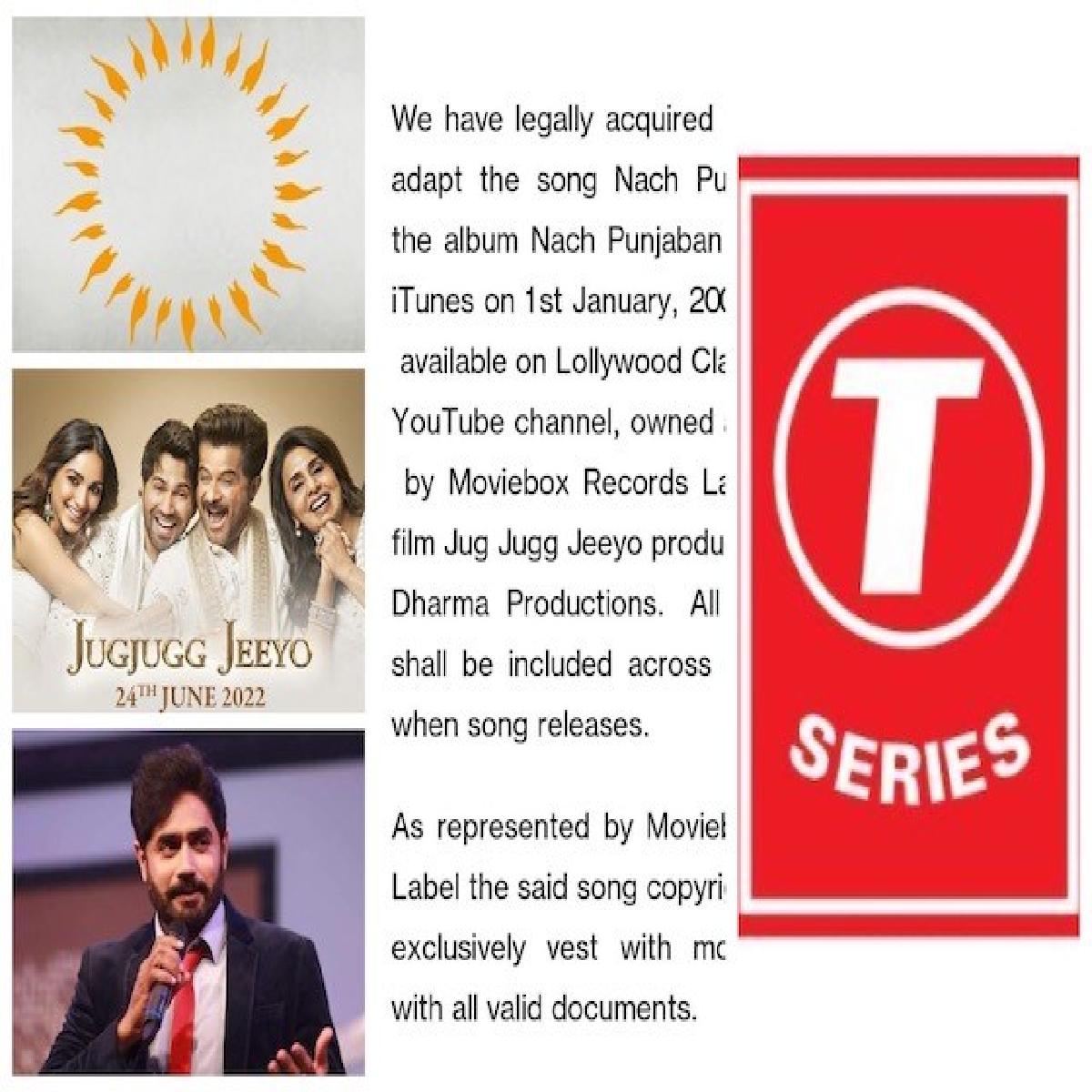 Music giant issues a statement in regards to accusation made by singer Abrar Ul Haq over Nach Punjaban song theft, which is used in Jug Jugg Jeeyo movie.

Singer Abrar Ul Haq took to his social media profile and blasted the use of the song with a tweet on Sunday night, “I have not sold my song ‘Nach Punjaban’ to any Indian movie and reserve the rights to go to court to claim damages. Producers like Karan Johar should not use copy songs. This is my 6th song being copied which will not be allowed at all. @Dharmamovies @Karanjohar”

He also tweeted, “Song “Nach Punjaban” has not been licensed to anyone. If someone is claiming it , then produce the agreement. I will be taking legal action. #NachPunjaban”

And now, T-series issues a statement, clearing their side of story, the caption read, “We have legally acquired the rights to adapt the song #NachPunjaban released on iTunes on 1st January, 2002 & available on Lollywood Classics' YouTube channel, owned by @1Moviebox, for #JugJuggJeeyo produced by @DharmaMovies. The song is available here"

The statement read, “We have legally acquired the rights to adapt the song Nach Punjaban from the album Nach Punjaban released on iTunes on 1st January, 2002 and is also available on Lollywood Classics’ YouTube channel, owned and operated by Moviebox Records Lavel, for the film Jug Jugg Jeeyo produced by Dharma Productions. All due credits shall be included across all platforms when song releases. As represented by Moviebox Records Lavel the said song copyrights exclusively vest with moviebox only will all valid documents”